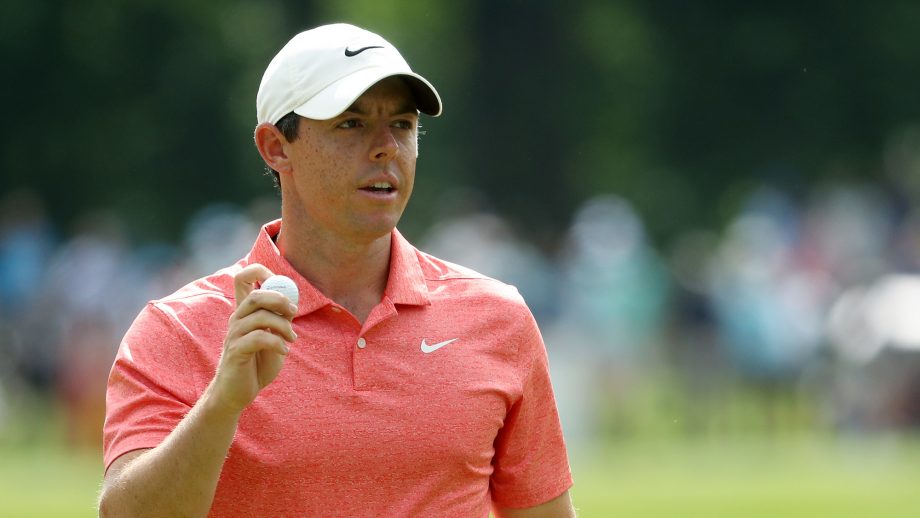 CHARLOTTE, NORTH CAROLINA - MAY 05: Rory McIlroy of Northern Ireland reacts following a putt on the 13th green during the final round of the 2019 Wells Fargo Championship at Quail Hollow Club on May 05, 2019 in Charlotte, North Carolina. (Photo by Streeter Lecka/Getty Images)

ANCASTER, Ont. – Rory McIlroy has only been to Canada once, but he’s looking forward to possibly writing his name in the history books when he plays in the RBC Canadian Open this summer.

McIlroy’s one visit to Canada was a brief stop that featured a round at The National Golf Club in Woodbridge, Ont., with friend and former One Direction member Niall Horan in 2015.

“All of these national opens that you can play in are important,” said McIlroy on Monday, calling in to a media conference at Hamilton Golf and Country Club. “I think the older a tournament is the more prestigious it is.

“To hear that the Canadian Open is 115 years old, one of the oldest events not just on tour but in the world, that makes it pretty prestigious.”

The fourth-ranked golfer in the world also got his eye on adding another trophy to his case.

“I’ve won a couple of national opens that I’m pretty proud of,” said the Northern Irishmen. “The Irish Open, the Australian Open, the U.S., it would be nice to add the Canadian to that list also.”

Although he’ll be focused on winning the only PGA Tour event in Canada, McIlroy does hope to take in some of the local sights.

“I hear the Canadian side of Niagara Falls is better than the U.S. side, so I might have to take a trip over there,” said McIlroy, to laughter. “Apart from that, it’ll be a work week. It’ll be a work I’m practising and playing hard and trying to win the tournament.”

It won’t be an easy tournament to win, with arguably the deepest field in the tournament’s storied history.

“Winning a national open, one that is part of my family now, would be a big deal,” said Watson, whose wife Angie is from outside of Toronto. “We’ve got two flags up at our house, so it’s a big deal. It would be a great honour.”

Adam Hadwin of Abbotsford, B.C., and Corey Conners of Listowel, Ont., who won the Valero Texas Open on April 7, are two Canadians who are officially in the field.

Golf Canada, RBC and the PGA Tour have made a concerted effort in the past 18 months to raise the prestige of the Canadian Open by increasing the purse and changing the date of the tournament to the first week of June.

Historically, the Canadian Open was held in September, but starting in 2007 it was played in late July, the prime golf season. Unfortunately, it was also the week after the British Open, causing many of the PGA Tour’s top players to miss the tournament as they recovered from the challenging major.

This year’s event is in early June, the week before the U.S. Open, essentially turning it into a tune-up event for some of the biggest names in golf.

McIlroy acknowledged on Monday that the date change is partly what drew him to the Canadian Open.

“June was looking like it was going to be sort of quiet for me, so I wanted to play a bit,” said McIlroy. “One of my goals this year was to play more and to be more competitive and that’s really what it’s down to.