Why it took 4 majors for Koepka to get his due 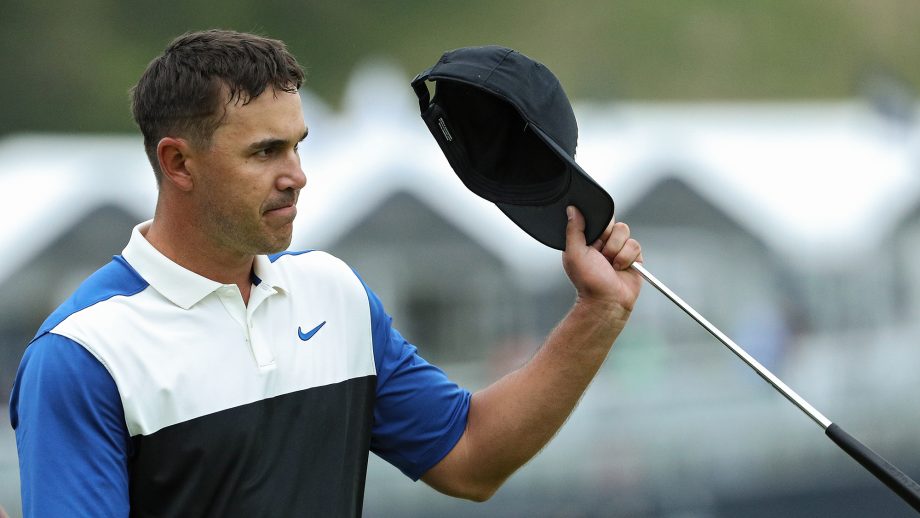 FARMINGDALE, NEW YORK - MAY 19: Brooks Koepka of the United States acknowledges the crowd after winning the final round of the 2019 PGA Championship at the Bethpage Black course on May 19, 2019 in Farmingdale, New York. (Photo by Patrick Smith/Getty Images)

FARMINGDALE, N.Y. – Majors matter more than any other golf tournament.

They are not the sole measure of greatness.

And that might be one reason it took Brooks Koepka winning four majors – as many as Rory McIlroy, one more than Jordan Spieth among his contemporaries – for the 29-year-old Floridian to get the kind of attention his game deserves.

Never mind the No. 1 ranking that came with his victory Sunday in the PGA Championship. That could change in two weeks.

Koepka now is at that level – and it took back-to-back titles in the U.S. Open and PGA Championship to get there – that he makes people look when he walks onto the range, that he’s considered a top favourite wherever he goes without anyone having to look up the odds.

Why wasn’t it enough when he won last summer at Shinnecock Hills to become the first repeat winner of the U.S. Open in 29 years, and only the second player to successfully defend the U.S. Open since Ben Hogan in 1951? Same major, yes, but Erin Hills and Shinnecock were entirely different tests.

What kept him from megastar status when he added the PGA Championship last summer at Bellerive to join Tiger Woods, Jack Nicklaus, Hogan and Gene Sarazen as the only players to win the U.S. Open and the PGA in the same year? That kind of company is as elite as it gets.

What made Koepka different was that he seemed to show up only at the big events. That’s a nice problem to have.

Koepka now has won four of his last eight majors, a stretch not seen since Woods won seven of 11 in an amazing run through the 2002 U.S. Open at Bethpage Black. The only other tournaments Koepka won during his run of majors was the Dunlop Phoenix in Japan in 2017 (by nine shots) and the CJ Cup last fall in South Korea.

Woods won 19 other times during his stretch of majors, 15 of them on the PGA Tour.

Roger Maltbie’s description of Woods at Pebble Beach – “It’s not a fair fight” – goes well beyond that 2000 U.S. Open. It’s never fair to compare Woods with anyone. He won at a rate never before seen in golf, and it probably won’t happen again.

Koepka is aware that his trophy collection is weighted heavily toward the majors. Justin Ray of a golf analytics group called “15th Club” pointed out over the weekend that Woods and Koepka are the only active players who have more victories than missed cuts in the majors: 15-9 for Woods, 4-2 for Koepka.

Don’t get the idea that Koepka would trade any of his four majors for a few more Texas Opens or Phoenix Opens. It simply explains why it took longer for golf fans to embrace what he has done in the last two years.

Koepka touched on this Saturday night after he had a seven-shot lead – a PGA Championship record – and faced questions that were intended to find out what he was doing differently to win majors so regularly.

“I’m just that much more focused,” Koepka said. “I think I’m more focused than anybody out there. My focus probably goes up, I don’t know, tenfold of what it does in a tour event – which isn’t good. I mean, it’s good that I’m doing it in the majors, but I need to do that in regular weeks.”

Consider some other players from his generation.

McIlroy won 12 times starting with his first major in the 2011 U.S. Open through his fourth major in the 2014 PGA Championship. Spieth won the Masters and U.S. Open in 2015 when he chased the Grand Slam, but he also won the Valspar Championship, the John Deere Classic and the Tour Championship that year. Spieth was 23 when he won the third leg of the career Grand Slam at the 2017 British Open, and he already had 11 titles on the PGA Tour (14 worldwide).

They also had name recognition before they turned pro. McIlroy was the low amateur at Carnoustie in the 2007 British Open when he was 18. Spieth tied for 16th in the Byron Nelson Classic when he was 16.

FARMINGDALE, NEW YORK – MAY 19: Brooks Koepka of the United States poses with the Wanamaker Trophy during the Trophy Presentation Ceremony after winning the final round of the 2019 PGA Championship at the Bethpage Black course on May 19, 2019 in Farmingdale, New York. (Photo by Ross Kinnaird/Getty Images)

His last name was pronounced “Cupcake” on the first tee at the Phoenix Open in 2015, his first PGA Tour victory.

The game was always there.

His caddie, Ricky Elliott, recalls being asked to work for Koepka in the 2013 PGA Championship. He saw him for the first time on the range at Oak Hill. “I watched him striping it and thought to myself, ‘Happy day,”’ Elliott said.

In a 2015 interview with Golf Digest, Steve Williams, who was on the bag for 13 of Woods’ majors, was quoted as saying: “Once in a great while, a player comes along who hits a golf ball the way it was meant to be hit. Powerful, piercing, the perfect trajectory. Of the young players out there, one I’ve seen has that special ball flight: Brooks Koepka.”

Majors should never be dismissed for their value, for the legacy they create. At this point, Koepka really doesn’t need to win more PGA Tour titles to add to his reputation.

“Now he’s got it. And he got it in the right way,” Paul Azinger said Tuesday. “He has built his brand through self-belief and intestinal fortitude. By not getting attention, he has become a (tough guy) with a chip on his shoulder who says, ‘I can do anything you say I can’t.”’