Westfield edges out Memramcook to capture the 2021 Past Presidents’ Cup 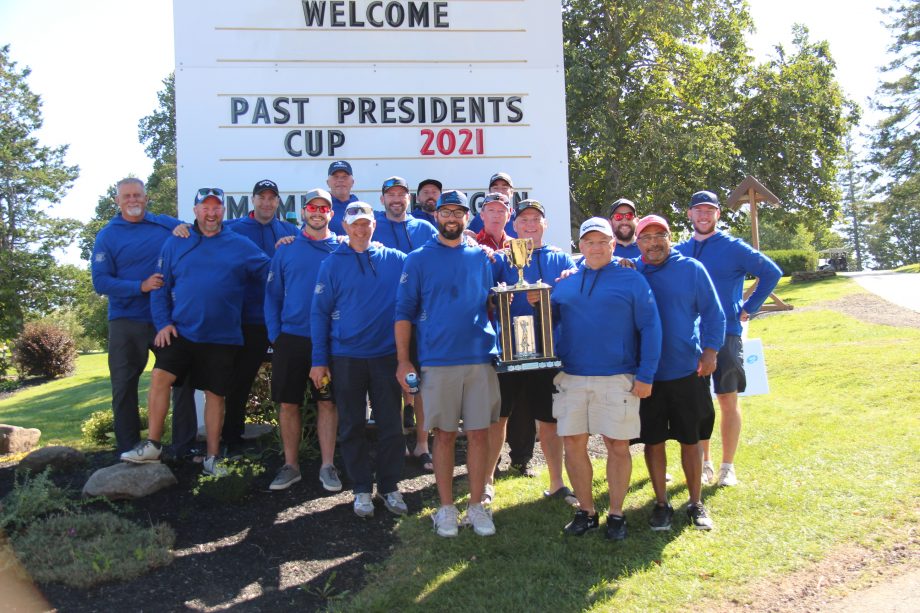 2021 Past Presidents' Cup Champions, Westfield pose with the trophy after the club's victory on Sunday.
Golf New Brunswick

The year started with 8 teams but only 2 remained for the 2021 Past Presidents Cup Inter-Club Challenge, held at the Lakeside Golf & Country Club on September 18th & 19th. The Past Presidents’ Cup, Inter-club Challenge, now in its 21st year, is a competition run by Golf New Brunswick where clubs enter a 16-player team (divided into five different handicap flights).

The participants in the Past Presidents’ Cup Inter-Club Challenge are divided into five handicap flights as follows;

Players were met with summer conditions at Lakeside for Saturday’s first round of the final. After a captain’s meeting prior to the start of play, the matches took to the course with the A Flight leading the field, rounded out by the E flight members assuming the duty as the anchors. With no shortage of skill and passion on both teams, Saturday’s first-round would prove to be a hard-fought points battle.

Saturday’s results would total 63 points for Memramcook and 81 for Westfield. A mere 18 points would be the difference heading into Sunday with both clubs eager to finish strong. As per the competition rules, the first team to 145 points will win the Past Presidents’ Cup.

Day 2 brought high winds and cool temperatures compared to Saturday. Pleased with Round 1, both captains elected to keep the same match-ups for Sunday’s final round. Beginning at 8:40, the A Flight golfers took to the tee with each team attempting to leave it all on the course in the battle for the elusive Past Presidents’ Cup.

Firey play and tight matches would see Memramcook secure 69 points to Westfield’s 75 on Sunday. A two-day total of 156 would see the Westfield Golf & Country Club secure victory in the 2021 Past Presidents’ Cup.

A hard-fought weekend of golf in Lakeside proved to have no shortage of fun and memories for both teams. At the conclusion of play, the total scores finished Memramcook 132 | Westfield 156.