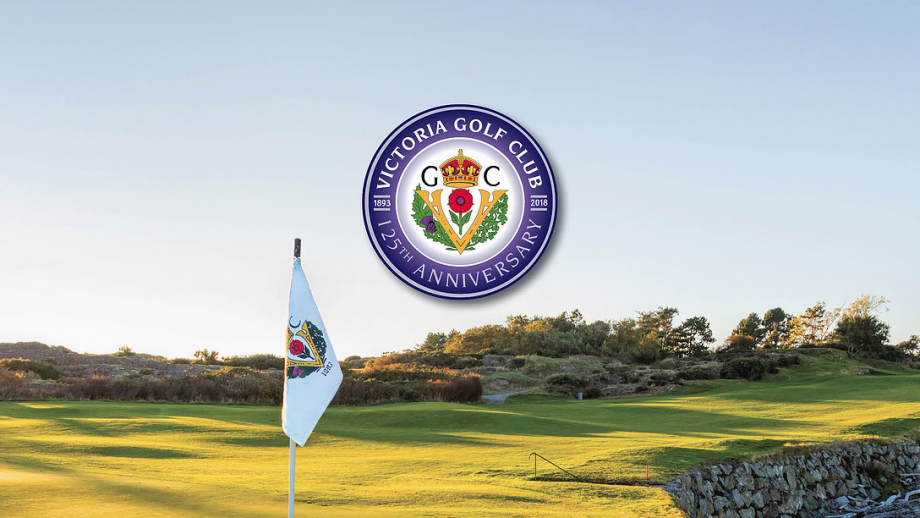 When you get to be 125 years old, one birthday party just won’t do.

So Victoria Golf Club, which was founded back in 1893, is having a year-long celebration of sorts to mark its notable anniversary. The Canadian Men’s Mid-Amateur Championship, which will be played Aug. 21-24 on Victoria Golf Club’s spectacular seaside links, is a big part of that celebration.

“Our actual birthday is Nov. 7,” says head professional Lindsay Bernakevitch. “We are hosting a bit of a member’s tournament on that day or right around there, but that was the impetus behind us trying to get this national championship that we could host and celebrate our 125th with.”

In July, an outdoor gala was held with about 650 people in attendance. And earlier this month, Victoria’s putting green was the site of a special afternoon high tea.

Victoria Golf Club is the oldest 18-hole golf course still on its present site in Canada. It is also among the most beautiful anywhere.

It sits on a pristine piece of property on Gonzales Point in the seaside municipality of Oak Bay and offers stunning views of the Strait of Juan de Fuca. The course began as a 14-hole layout in 1893 and was expanded to 18 holes two years later.

In its early years, golfers shared the course with sheep and cows that grazed the property owned by the Pemberton family. In fact, early in its life the course was closed in the summer months.

“Golfers refrained from playing on the premises for three months each summer, leaving the fairways undisturbed for the animals,” Arv Olson wrote in his book, Backspin: 100 years of golf in British Columbia. “The putting greens were fenced to protect against hoof-prints. The members learned to adapt; they tolerated the hazards dropped by the voracious stock.”

Victoria’s most memorable holes are on the ocean side of the course. Those begin at No. 3 after crossing the road and continue through No. 10.

Its signature hole would be No. 7, which was once a long par 3 that has been converted to a par 4. The left side of the hole hugs the ocean and has a treacherous two-tiered green that tilts towards the ocean and has seen more than its share of three- and four-putts over the years.

In his only round at Victoria Golf Club, Ben Hogan managed to putt his ball right off the green and into the ocean.
“It was a par 3 in the ‘50s when he played,” recalls Mike Parker, Victoria’s former longtime head pro who now serves the club’s head professional emeritus. “He putted from the right edge of the green right into the water. In those days it was out of bounds, it wasn’t a lateral hazard, and Hogan said it was the only time in his career he putted a ball out of bounds. That’s kind of a neat story.”

Among Victoria’s most notable members over its 125-year history is A.V. Macan, who arrived in the B.C. capital from his native Ireland in 1910 and started a law practice. After winning his second straight B.C. Amateur Championship in 1913 at his new home course, Macan scrapped his law practice and began what became a prolific career as a golf course architect.

Victoria’s members are proud of their club’s rich history. For more than a century they have played an annual inter-club match with members of Seattle Golf Club. Apart from three years during the Second World War, the matches have been played every year since 1903.

“It is a friendly match, it’s like a friendly soccer game almost,” says Parker. “It is nice to win, everybody tries their best to win, but at the end of the day it’s really a social day to a great extent.”
Victoria Golf Club is, by today’s standards, a short course. Stretched to its absolute limit, it plays about 6,200 yards as a par 70.

“Typically, players look at the scorecard and say we are going to kill this course because it’s so short,” Parker says. “But in fact they don’t at all. . .It depends on the weather. There will be some good scores, some 65s, 66s that kind of thing. But not as many as people think.”

Back in 1993, to help celebrate its centennial, Victoria played host to the Canadian Men’s Amateur Championship. The winning score, by Australian Gary Simpson, was 281 or one-over par.

“On occasion you can go low here,” says head pro Bernakevitch. “I definitely have had low rounds. But the greens are tough here and especially if the wind blows a little bit, par is always a good score. You are never going to be far out of it if you shoot par. That being said, someone could have a hot week, you never know. But it is just one of those places that has enough quirks to it, that it always seems to hold its own.”

It should be noted that the wind almost always blows a little bit at Victoria. Sometimes, a lot more than a little bit.

Bernakevitch, a Saskatchewan native, is in his fifth year as head pro at Victoria and feels like he is one of the most fortunate guys in the business having landed at the club.

“When I quit the tour life and decided to settle down and get into the club side of the business, this is the place I wanted to be,” he says. “The funny thing is I did a goal-setting thing probably eight years ago and wrote this golf course on my list. I said I want to be the head pro at Victoria Golf Club, that is where I want to end up. So it is really surreal that it actually happened. It has been everything I have dreamed of. It is an awesome membership and just a fantastic golf course. I still pinch myself driving into work.”

It’s probably safe to say more than a few of the Mid-Amateur competitors will also be pinching themselves when they experience Victoria Golf Club for the first time. There has been a huge demand from players wanting to play the event at what is a truly special golf course. Bernakevitch says they won’t be disappointed.

“The course is beautiful right now,” he says. “The entire course is probably the best I have ever seen it. Everything from fairways to rough to fescue to greens is as good, as healthy and as perfect as I have seen it in my five years here. That is really exciting for us. Our members are having an awesome summer of golf and we are going to roll that into a big tournament week.”