Golf NB Championships Under-13 Under-15

Under-13 & Under-15 Champions Crowned at Gage Golf & Curling Club 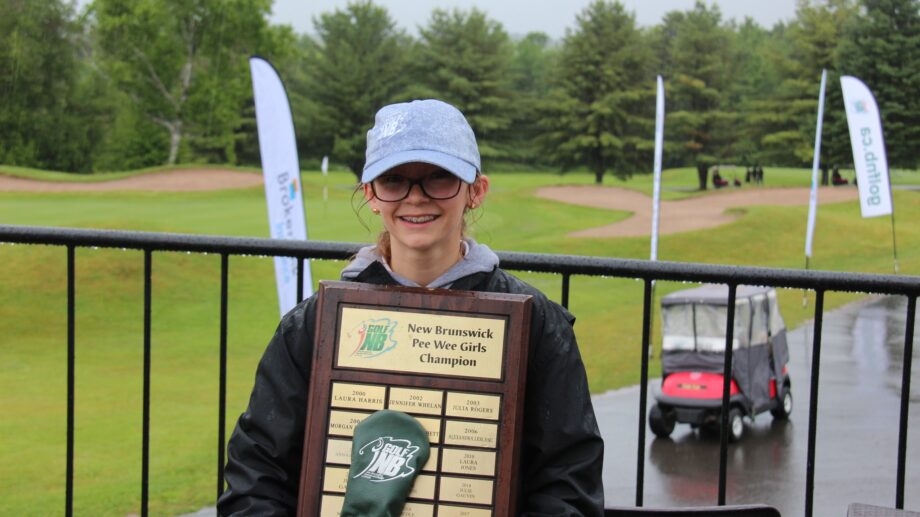 Oromocto, NB– The best Junior golfers from across New Brunswick and Nova Scotia met in Oromocto for the Under-13 and Under-15 Championships. Taking place as a standalone event for the first time in recent history, the juniors were at the front and center of the spotlight as play took place over the weekend at Gage Golf & Curling Club.

Elliott Mullen, of Truro Golf Club, captured the Under-15 boys crown, turning around a 4-shot deficit after Round 1. Mullen improved on his first-day score by 5 strokes to finish the second round 5-over, 76, for a two-day total of 15-over, 157. Runner-up was Tristan Frenette of The Riverside Country Club, who finished with a 2-day total of 24-over, 166. A two-way tie for third saw Grady Cohen of Abercrombie and Kyle McClune of The Riverside both sitting at 30-over, 172 at the end of the weekend.

On the Under-13 side, Nathan MacDonald of Oakfield Golf and Country Club followed up his strong first-day score of 6-over, 77 with a second-round score of 15-over, 86. His two-day total of 21-over, 163 was enough to take the crown by 4 strokes. In the second place, Carter Lavigne of Moncton Golf Club finished with a 25-over, 167, one shot ahead of third-place Golf Canada Public player Adrien Breault at 26-over, 168.

In the Under-15 girls’ division, Neve Miller of Fox Creek won the title, improving her first-round total of 21-over 92, with a strong second-day score of 10-over, 81, for a weekend total of 31-over, 173. Defending champion Avery Cohen of Abercrombie was runner-up with a weekend total of 46-over, 188.

In the Under-13 girls’ division, Frédérique Doiron of Fox Creek took home the title. After a first-round total of 61-over, 132, she improved greatly on the second day of play, finishing with a second total of 44-over, 115. She finished with a weekend total of 105-over, 247.

For more information on the 2022 NB Under-13&15 Championships, including results and tee times, please CLICK HERE.