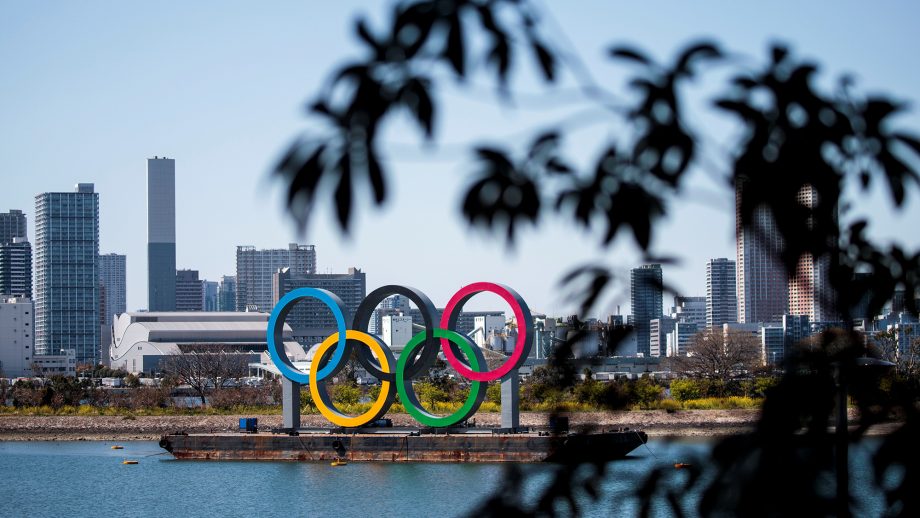 The Olympic rings are seen in Tokyo's Odaiba district on March 25, 2020, the day after the historic decision to postpone the 2020 Tokyo Olympic Games. - Japan on March 25 started the unprecedented task of reorganising the Tokyo Olympics after the historic decision to postpone the world's biggest sporting event due to the COVID-19 coronavirus pandemic that has locked down one third of the planet. (Photo by Behrouz MEHRI / AFP) (Photo by BEHROUZ MEHRI/AFP via Getty Images)

<![CDATA[<strong>TOKYO – The Tokyo Olympics will open next year in the same time slot scheduled for this year’s games. Tokyo organizers said Monday the opening ceremony will take place on July 23, 2021 – almost exactly one year after the games were due to start this year. “The schedule for the games is key to preparing for the games,” Tokyo organizing committee president Yoshiro Mori said. “This will only accelerate our progress.” Last week, the IOC and Japanese organizers postponed the Olympics until 2021 because of the coronavirus pandemic. This year’s games were scheduled to open on July 24 and close on Aug. 9. But the near exact one-year delay will see the rescheduled closing ceremony on Aug. 8. “Nice that they were able to do to it so quickly as now all the (international federations) can work towards fixing their calendars for the summer,” Canadian race walker Evan Dunfee said. There had been talk of switching the Olympics to spring, a move that would coincide with the blooming of Japan’s famous cherry blossoms. But it would also clash with European soccer and North American sports leagues. Mori said a spring Olympics was considered but holding the games later gives more space to complete the many qualifying events that have been postponed by the virus outbreak. “Seems like the obvious choice to me,” said Canadian marathoner Reid Coolsaet, a two-time Olympian. “For athletes, like me, who don’t have a qualifying mark, it gives us the opportunity in 2021 to post a result.” After holding out for weeks, local organizers and the IOC last week postponed the Tokyo Games under pressure from athletes, national Olympic bodies and sports federations. It’s the first postponement in Olympic history, though there were several cancellations during wartime. “The IOC has had close discussions with the relevant international federations,” organizing committee CEO Toshiro Muto said. “I believe the IFs have accepted the games being held in the summer.”

The Paralympics were rescheduled to Aug. 24-Sept. 5. “On behalf of the Canadian Paralympic Committee, thank you to the IOC, IPC and Tokyo 2020 for rapidly making a decision on the new dates for the Olympic and Paralympic Games in 2021,” Canadian Paralympic Committee president Marc-Andre Fabien said in a statement. “We recognize the vast amount of work that lays ahead to bring a postponed Games to life and greatly appreciate all of their efforts. We commit to doing our part to make the Games a success. “This now gives our entire sport community a true sense of clarity and a way to move forward. Now we, alongside our national sport organizations, partners, and athletes, can start preparations knowing we all will unite in Tokyo next summer, one year on from planned, and be able to celebrate how sport brings people together.” Muto said the decision was made Monday and the IOC said it was supported by all the international sports federations and was based on three main considerations: to protect the health of athletes, to safeguard the interests of the athletes and Olympic sport, and the international sports calendar. “These new dates give the health authorities and all involved in the organization of the Games the maximum time to deal with the constantly changing landscape and the disruption caused by the COVID-19 pandemic,” the IOC said. “The new dates … also have the added benefit that any disruption that the postponement will cause to the international sports calendar can be kept to a minimum, in the interests of the athletes and the IFs.” Both Mori and Muto have said the cost of rescheduling the Olympics will be “massive” – local reports estimate billions of dollars – with most of the expenses borne by Japanese taxpayers. Muto promised transparency in calculating the costs, and testing times deciding how they are divided up. “Since it (the Olympics) were scheduled for this summer, all the venues had given up hosting any other events during this time, so how do we approach that?” Muto asked. “In addition, there will need to be guarantees when we book the new dates, and there is a possibility this will incur rent payments. So there will be costs incurred and we will need to consider them one by one. I think that will be the tougher process.” Katsuhiro Miyamoto, an emeritus professor of sports economics at Kansai University, puts the costs as high as $4 billion. That would cover the price of maintaining stadiums, refitting them, paying rentals, penalties and other expenses. Japan is officially spending $12.6 billion to organize the Olympics. However, an audit bureau of the Japanese government says the costs are twice that much. All of the spending is public money except $5.6 billion from a privately funded operating budget. The Switzerland-based International Olympic Committee is contributing $1.3 billion, according to organizing committee documents. The IOC’s contribution goes into the operating budget. IOC President Thomas Bach has repeatedly called the Tokyo Olympics the best prepared in history. However, Deputy Prime Minister Taro Aso also termed them “cursed.” Aso competed in shooting in the 1976 Olympics, and was born in 1940. The Olympics planned for 1940 in Tokyo were cancelled because of Japan’s war with China. The run-up to the Olympics also saw IOC member Tsunekazu Takeda, who also headed the Japanese Olympic Committee, forced to resign last year amid a bribery scandal.]]>