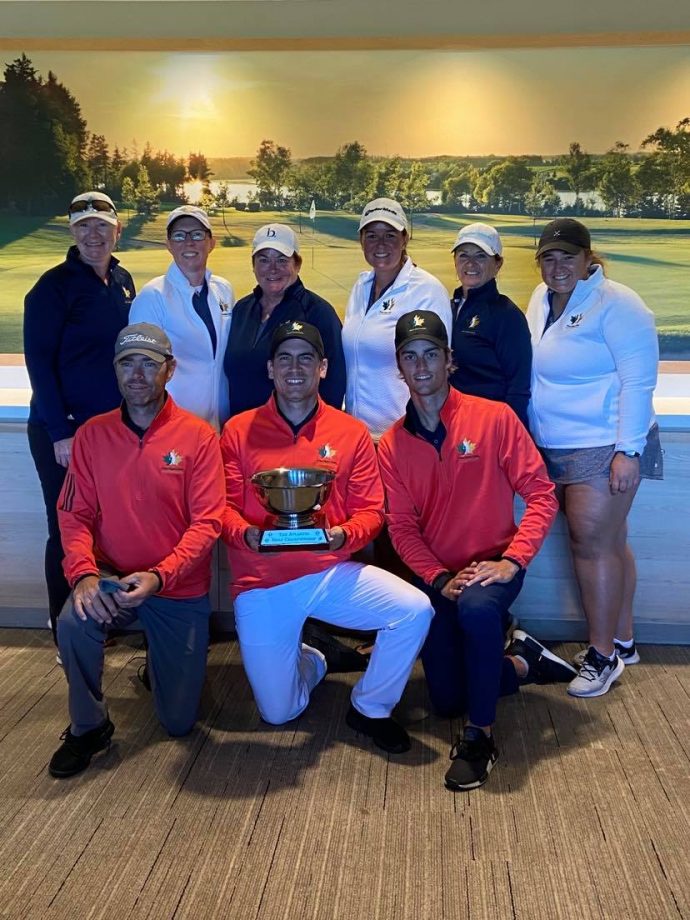 The 61 competitors in the 2021 Atlantic Golf Championship at Mill River Golf Course in O’Leary, PEI were treated to beautiful fall weather this weekend.

After the postponement of this event in 2020 due to the COVID-19 pandemic, 2021 marks the seventh installment of the Atlantic Golf Championships where teams from New Brunswick, Prince Edward Island, Nova Scotia and Newfoundland & Labrador compete for both the “Atlantic Cup”, and individual exemptions over eight (8) separate division and four age categories, into the 2022 Canadian Championships.

The Senior Women’s division also came down to a playoff between New Brunswick’s, Leanne Richardson (81, 81) of Country Meadows Golf Club and Nova Scotia’s Joanie McCarville (82, 80) of Ashburn Golf Club. The Team NB rep, Richardson was able to par the 18th hole and walked away with the title.  PEI’s Myrna Millar (85, 81) finished in third position.

In the race for the Atlantic Cup, Team Prince Edward Island’s consistency in all divisions led them to victory in a tight competition over Team New Brunswick and Team Nova Scotia.

For more information on the Atlantic Golf Championships – Click here

For more information on the Golf Newfoundland Labrador – Click Here

For more information on the Golf New Brunswick– Click Here