Team Canada's Brigitte Thibault is in pursuit of excellence 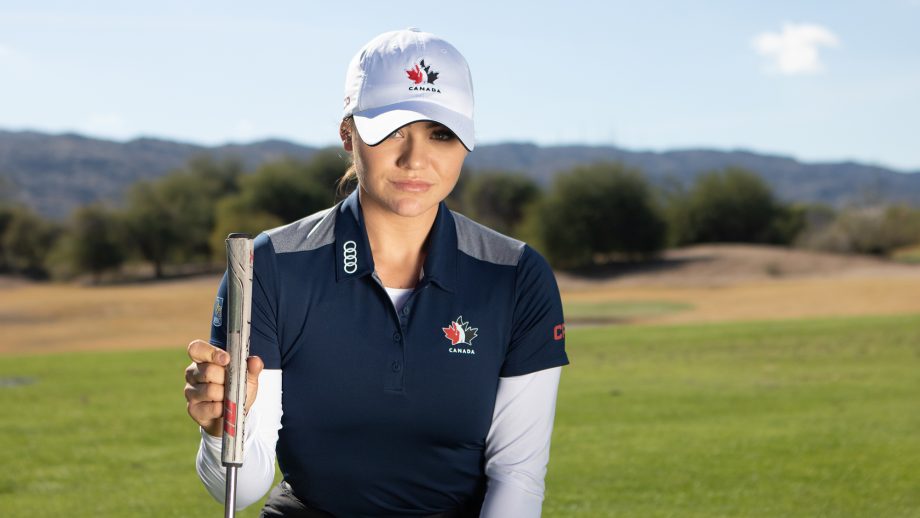 <![CDATA[As a second-year member of Golf Canada's National Amateur Squad, <a href="http://www.golfcanada.ca/players/brigitte-thibault" target="_blank" rel="noopener noreferrer">Brigitte Thibault has established herself as one of the country’s most promising amateurs. Since the spring of 2019, the native of Rosemère, Que., has been playing some the best golf of her career. After being selected as the only Canadian to compete at the inaugural Augusta National Women’s Amateur in April of 2019, Thibault would go on to win the Ontario Women’s Amateur title and the Mountain West Conference Championship. [video_embed id="91909"][/video_embed] The second year Amateur Squad member is also a standout at Fresno State University. She’s carried the success from 2019 over to her junior year, having recorded six NCAA top ten finishes. However, in early March, her collegiate season came to an end when the COVID-19 pandemic forced the suspension of the remaining tournaments on the NCAA schedule. Faced with the unprecedented circumstances, the 21-year-old was extra cautious as she travelled back home to Rosemère, Que. “First thought when travelling back to Canada was to stay healthy and take all the precaution possible to not catch anything. I knew that if I made a mistake, I could have put my family at risk,” she noted. “Then quarantine was actually not as bad as I thought. It gave me enough time to think about my game plan, prepare my game plan, so when my 14 days were over, then I would be able to train and keep my routine as normal as possible,” added Thibault, who was recently selected to the NCAA All-Mountain West first team.

Given her recent stellar results on the golf course, it might be surprising for some to find out that Thibault did not start focusing on golf until the age of 15. And while she was introduced to the sport prior that by her father, Daniel and her mother, Josee, it wasn’t something that she invested much time in to initially. “My parents were members at a golf course back home and I remember of Sundays, we would always go eat at the course and afterwards we would hit some golf balls on the range. But it was always just for fun at the time,” Thibault recalled. Growing up young Brigitte dedicated most of her time to cheerleading and gymnastics. “Cheerleading was huge for my competitiveness. In cheerleading, you have this rush of energy that is boiling inside of you with so many people watching. You have to put yourself all in all the time. My work ethic really grew from cheerleading,” she pointed out. “I was into cheerleading and gymnastics but all the flips and jumping was hard on my body.  So my parents suggested that I focus on golf instead. They have been playing golf for 30 years and wanted me to try it out,” said Thibault. Faced with injuries, Thibault followed her parent’s suggestion and decided to shift her focus from cheerleading and gymnastics to golf. “I really got started at the age of 15, and I remember having coaches approach me and telling me how raw my talent was,” she recalled. Despite the relative late start, Thibault would make up for it with an all in approach.

“I was super focused. I was just trying to learn as much as I could. I would wake up at 5 a.m. and spend the whole day at the golf course,” she pointed out.

Thibault says she became inspired and fascinated by athletes who achieved greatness in their sport – such as Tiger Woods and the late great Kobe Bryant. She was impressed by their work ethic and level of dedication to their craft. “I used to look for videos of them because I was always intrigued by their greatness and how obsessive they were about getting better and figuring out how to get to that next level. I have taken this same obsession and approach to my development in golf,” she revealed. Thibault’s desire to achieve her own version of excellence on the golf course combined with her hard work and dedication would lead to impressive results. In 2016, just two years after dedicating herself to the game of golf, the then 17-year-old Monday qualified for the CP Women’s Open. Thibault remembers qualifying for the LPGA event, which was held at the Priddis Greens Golf & Country Club in Calgary, gave her confidence in her game, as well as, motivation to work even harder. She also adds that playing in her first LPGA tournament at 17 was an eye-opening experience. “I remember that my heart was racing like crazy and my energy level was so high. It felt like an out-of-body experience. All the golfers that I looked up to were sitting next to me having lunch and everything just seemed so surreal,” she recalled. Thibault is glad to have been able to continue her development at Fresno State University. “Being at Fresno State, the weather is always nice. And it’s great that I get to be play Division I golf with some of the best amateurs of the world,” said Thibault, who will be entering her senior year this autumn. She’s also thankful to be part of Golf Canada’s National Team Program.

“The program has been great, we learn about the mental side of golf, and we learn about nutrition, physio, fitness and a lot of other things to be successful on the golf course and away from it,” noted the second year Amateur Squad member.

“I also love working with Tristan (Mullally) because he’s very direct and to the point and gives great feedback.” The 21-year-old amateur standout credits continued improvements in her game for the recent success on the golf course. [caption id="attachment_95325" align="alignnone" width="1024"] Head Coach Tristan Mullally and Brigitte Thibault at a training camp in Phoenix, Ariz.[/caption] “My putter is starting to gain momentum and my short game is starting to step up.  I’ve also been working hard to improve on my wedge and approach,” pointed out Thibault, who is also known to show creativity on her shots. Looking ahead, Thibault believes her all in approach will provide the opportunity to achieve her own version of greatness on the golf course. “The game of golf is incredible and I would love to be able to play on the LPGA Tour one day and make an impact and do my part to bring the women’s game to the next level.” And despite the restrictions from practicing social and physical distancing, Thibault’s long-term goals have kept her motivated and focused during the pandemic. “I’m up at 5 a.m., filled with busy days and doing it all over again. My own personal growth and grind aren’t going to pause in regards to the conditions of COVID-19,” she said. With golf courses across the country preparing to open up again, there is optimism that tournament golf will soon return. And when it does, the second year Amateur Squad member will surely be ready. “I am actually working on all aspects of training – fitness wise, golf wise, and mentally. I’m doing my best to keep improving and being my best self.”]]>