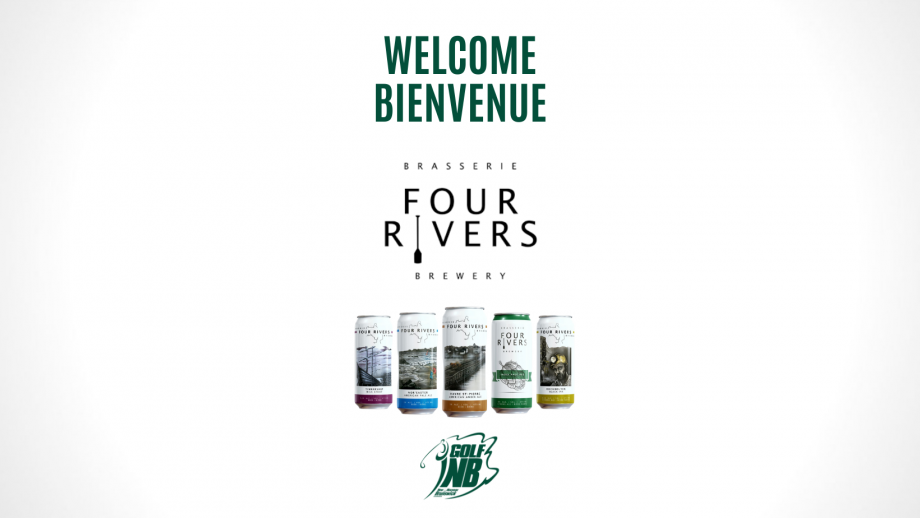 Golf New Brunswick (Golf NB) and Four Rivers Brewing Co. are pleased to announce the signing of a one-year partnership that will see the Independently Owned and Operated Family Brewery, serve as a hole sponsor at Golf NB’s adult events and championships as well as the Presenting Sponsor of the 2021 NB Ladies Four Ball.

Hosted by the Gowan Brae Golf & Country Club in Bathurst on June 13, the NB Ladies Four Ball will feature the local brewery as its presenting sponsor for the 2021 event, adding value to players while promoting quality and craftsmanship of the local independent family owned and operated brewery.

Stephen Legacy, Four Rivers Brewing Co, calls it a perfect partnership. “As a family run company, that is very passionate about growing and supporting our local community, Four Rivers is excited to see how this unique partnership with Golf New Brunswick could grow in the future.”

Golf NB Executive Director Tyson Flinn agreed with the unique partnership. “We are very excited to welcome such a well-respected local company to our stable of partners and look forward to working with the Four Rivers family to help grow the game of golf in New Brunswick”, said Flinn.

A homage to the region’s coastal beauty, the name Four Rivers Brewing Co. was inspired by the rivers that flow into the Bathurst harbour – Nepisiguit, Tetagouche, Little, and Middle. True to the spirit of the craft brewing community, Four Rivers Brewing Co. is an independent family-owned and operated brewery. If you enjoy riddles, ownership is made up of a father, an uncle, two sons, two nephews, two brothers, and two brothers in law – but there’s only four of us.

Golf New Brunswick (Golf NB), is the official governing body for amateur golf in New Brunswick and is comprised of forty-five (45) member clubs, and over 6,600 individual members.  Through its programs and services, Golf NB strives to preserve the integrity of the game of golf and to make the game more enjoyable for all.