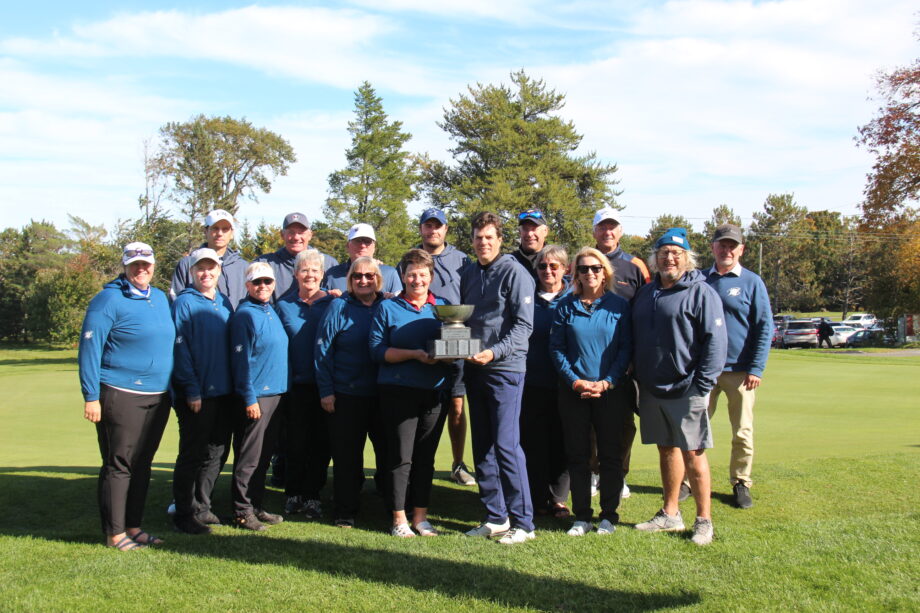 The current holders of the Estabrooks Cup, Team South (captained by Mark Shannon and Shelly Thomas) did not have the start they were looking for in the Saturday’s Fourball Match-ups at the Fredericton Golf Club as they were only able to secure 2.5 PTS. The North, (captained by Charlotte Evans and Eric Hildebrand) captured 6.5 PTS to give them a strong lead heading into Saturday’s Pinehurst Matches.

In the afternoon, we saw a near flip on the board. Team South were able to capture 6 PTS and Team North captured 3 PTS. This gave Team North a lead of 9.5 to 8.5 heading into Sunday’s Final Round Single Matches.

The Fall frost brought a slight delay on Sunday morning for our Singles Matches. With 18 individual points up for grabs on Sunday, the first pairing of Eric Hildebrand (Team North Captain) vs. Marck Shannon (Team South Captain) took the field at 9:00 AM. Despite the delay, it was nonetheless a fitting way to conclude a competitive and fun weekend of golf.

Securing 12 PTS during the Singles Matches Team North was able to finish the weekend with a commanding lead.

CLICK HERE for more information on the 2022 Estabrooks Cup

CLICK HERE for more information on the Fredericton Golf Club. 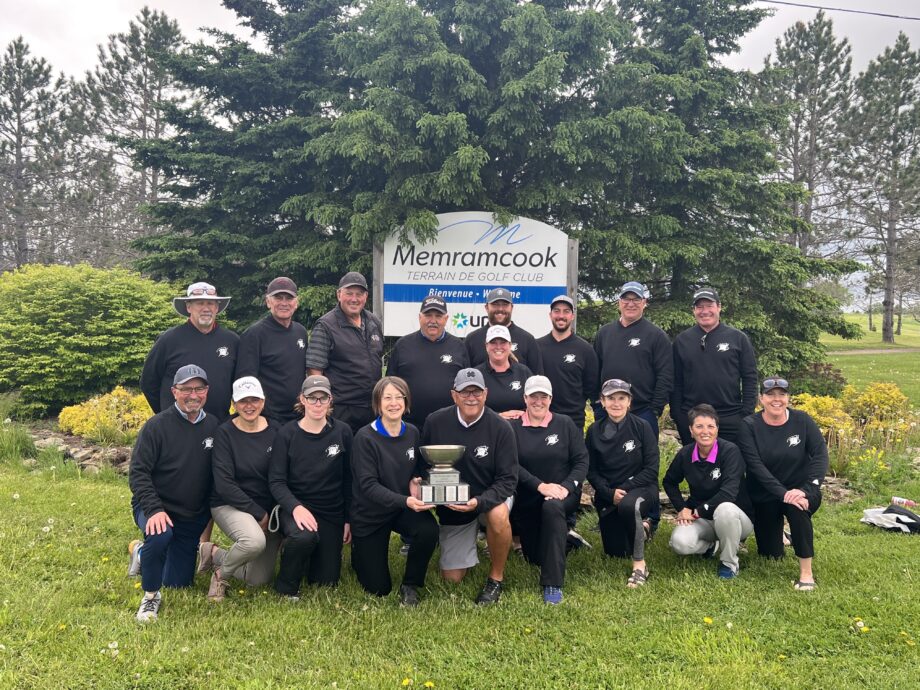 The current holders of the Estabrooks Cup, Team South secured 6 PTS heading into Saturday’s Lunch Break with their competitors Team North securing 3 PTS, prior to the Afternoon Pinehurst Matches.

Concluding an Afternoon of exciting and close Pinehurst Matches, the North captured 2 PTS and the South 7 PTS, totaling 5 and 13 heading into Sunday’s Final Single Match-Ups.

The Single Matches were on Schedule for Sunday’s round, a fitting way to conclude a competitive and fun weekend of golf.

Securing 5.5 PTS during the Singles Matches, the South, captained by Mike Hosford & Leanne Richardson have defeated the North to retain the 2021 Estabrooks Cup, Driven by Audi Moncton.

CLICK HERE for more information on the 2021 Estabrooks Cup, Driven by Audi Moncton

Players continued their matches after the South retained the championship by reaching 18 points. The end result would see the South finish with 22 points to the North’s 14.

Audi Moncton is a perennial award-winning dealership, located in Dieppe NB, servicing all of New Brunswick and Prince Edward Island. We offer a large selection of traditional gas-powered vehicles, hybrid vehicles, and all-new fully electric vehicles. Visit us in person or online for more details.