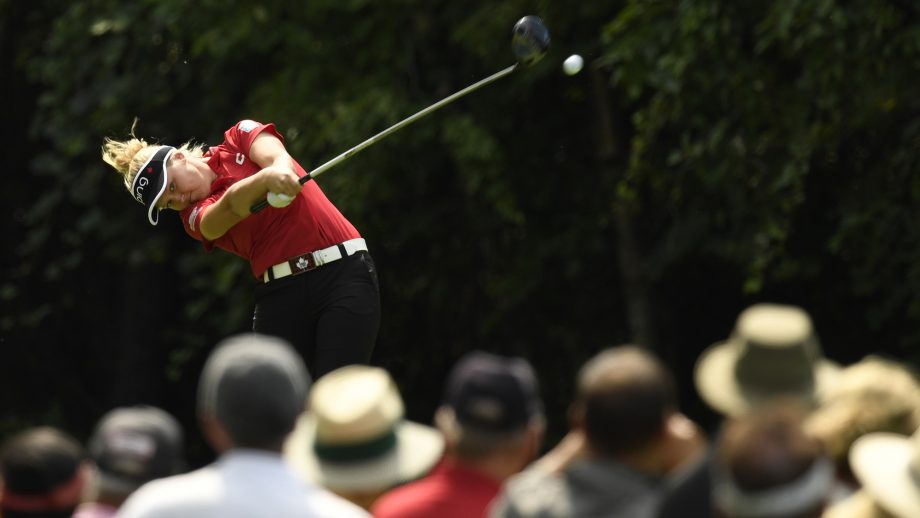 REGINA – Golf Canada, in partnership with title sponsor Canadian Pacific (CP), has announced that many of the world’s top players have committed to compete in the 2018 CP Women’s Open from August 20-26 at Wascana Country Club in Regina.

The early player commitments to challenge for the $2.25 million USD purse—one of the largest prizes on the LPGA Tour—will include golf’s brightest stars along with rising talents in Canadian golf. Among player commitments are nine of the top 10 players from the 2018 LPGA Official Money list, including 14 of 15 in-year LPGA Tour event winners and 10 past CP Women’s Open champions.

No player will generate more excitement this August in Saskatchewan than Canadian sensation and CP ambassador Brooke Henderson of Smiths Falls, Ont., who will compete in her eighth career National Women’s Open. The six-time LPGA Tour winner and major champion has amassed 27 top-10s since joining the LPGA Tour in late 2015. The graduate of Golf Canada’s National Team program is a former world No. 1 amateur who represented Canada at the 2016 Olympic Games in Rio de Janeiro, Brazil, where she finished T7.

“This is a really exciting time to be a Canadian golf fan and a fan of the LPGA Tour,” said Ryan Paul, Tournament Director for the CP Women’s Open.

“There is tremendous momentum in Canadian women’s golf with a depth of talent at all levels of the game. Combine that with arguably the strongest field on the LPGA Tour and we can guarantee that golf fans in Saskatchewan will be treated to a spectacular world-class event at the CP Women’s Open this August in Regina.”

Joining Henderson and Kane in competing on home soil will be LPGA Tour members Alena Sharp of Hamilton, Maude-Aimée LeBlanc of Sherbrooke, Que., Brittany Marchand of Orangeville, Ont., and Anne-Catherine Tanguay of Quebec City. The six Canucks will be joined by several more Canadian professional and amateur golfers to be confirmed in the coming weeks.

Thailand’s Ariya Jutanugarn leads a stellar list of early LPGA Tour player commitments confirmed for Wascana. Jutanugarn is a nine-time winner on the LPGA Tour, with her most recent victory coming at the U.S. Women’s Open earlier this month. The 22-year-old, who won the 2016 CP Women’s Open, currently ranks No. 2 in the Rolex World Rankings and is No. 1 on the LPGA Tour Official Money List.

Three-time Canadian Women’s Open champion Lydia Ko will be looking for a record-setting fourth title. The New Zealand native’s wins in 2012, 2013 and 2015 tie her with Americans Meg Mallon and Pat Bradley for most victories at Canada’s National Women’s Open. The 21-year-old has 15 LPGA Tour victories in total.

Defending CP Women’s Open champion Sung Hyun Park will be looking to capture her fourth LPGA victory this August in Regina. The native of South Korea currently holds the No. 6 spot on the Rolex Women’s Golf Ranking.

Lexi Thompson, who occupies the No. 3 spot on the Rolex Women’s World Rankings, will look to add her first victory in Canada to an already impressive golf resume that includes nine career wins on the LPGA Tour.

Canadian Pacific will continue its history of making a substantial donation to the host community through its CP Has Heart community investment program. In the four years of CP’s title sponsorship of the CP Women’s Open, $6.5 million has been raised to support children’s heart health in communities across Canada.

This year, the campaign will be supporting pediatric cardiology at Saskatchewan’s new Jim Pattison Children’s Hospital in Saskatoon. Funds raised through the CP Women’s Open will help assist a dedicated cardiology space and specialized equipment in the new hospital, currently under construction and scheduled to open in 2019.

With a nature theme running throughout the hospital, the “Frog Pod” will be specifically used to treat pediatric cardiology patients and will include three echocardiography exam rooms, a pulmonary function technology lab, an exercise challenge room, and a regular exam room. Directly across the hall, included in the pod, is a staff echo cardiology reading room.

The funds raised through CP Has Heart will undoubtedly go a long way in helping children’s healthcare in Saskatchewan.

“We are sincerely thankful to CP, Golf Canada and the CP Women’s Open for supporting our efforts to help Saskatchewan’s little hearts through further development of the provincial pediatric cardiology program at our new children’s hospital,” said Brynn Boback-Lane, President and CEO of Jim Pattison Children’s Hospital Foundations. “This heartwarming gift will have a tremendous impact on Saskatchewan’s young patients, their families and our entire pediatric cardiac team.”

In addition to being a world-class sports property, the CP Women’s Open leaves a lasting legacy in the event’s home community.

“Golf Canada is proud to work alongside incredible partners at CP and the LPGA Tour in bringing world-class golf to Wascana Country Club, the city of Regina and the province of Saskatchewan for the first time ever,” said Golf Canada’s CEO Laurence Applebaum. “We are honoured to work alongside our partners in supporting the CP Has Heart Campaign which will make a difference in the lives of so many through the support of pediatric cardiac care at Jim Pattison Children’s Hospital.”

As part of the weeklong excitement of the CP Women’s Open, Golf Canada is proud to announce that the inaugural Women’s Leadership Summit will take place Tuesday, August 21 at Hotel Saskatchewan. Keynote speaker Hayley Wickenheiser, five-time Olympic medalist, will be joined by the likes of LPGA Champion Lorie Kane; CP Vice-President of Grain and Fertilizer, Joan Hardy; and many more like-minded businesswomen from across the province for a day of networking, empowerment and philanthropy.

KIDS 17-AND-UNDER GET IN FREE

Golf Canada and CP are committed to offering a fan friendly, family event with the CP Women’s Open. To introduce more juniors to the sport, children aged 17-and-under get FREE admission to the CP Women’s Open for the entire week.

Tickets for this year’s CP Women’s Open are available here.