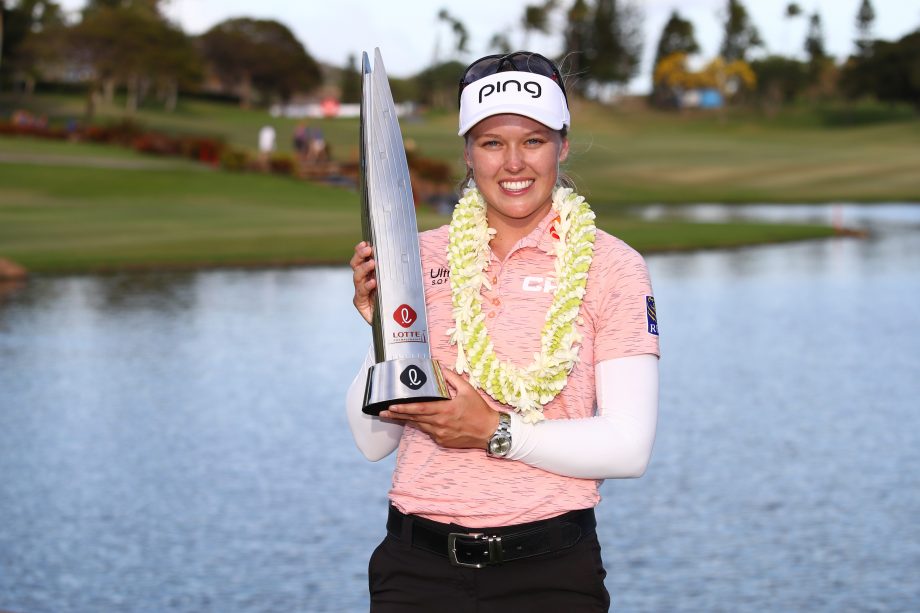 Sandra Post is no longer the most successful Canadian in LPGA Tour history – and she couldn’t be happier.

Post was cheering Brooke Henderson from home as she won the LOTTE Championship on Saturday in Hawaii, tying Post’s career wins record for a Canadian. Henderson also matched Mike Weir and George Knudson for wins by a Canadian on the PGA or LPGA tours at eight.

The 70-year-old Post, from Oakville, Ont., is all for Henderson winning again and moving ahead of herself, Weir and Knudson – all of whom are in Canada’s Golf Hall of Fame.

“I truly believe that records are made to be broken,” said Post on Monday. “My last win was in 1981, which was another century. I think it’s long overdue. No matter who came up after me, I always wished they would do better than me.”

Henderson finished 16 under on Saturday at Ko Olina Golf Club to beat South Korea’s Eun-Hee Ji by four strokes. At just 21 years old, the native of Smiths Falls, Ont., has won a major in the 2016 KPMG Women’s PGA Championship and ended a championship drought for homegrown talent at the 2018 CP Women’s Open, Canada’s national championship.

“I hope Brooke wins more and more and more events,” said Post. “I hope that there’s no stopping her for a very long time. Then it will be her bar to set and then hopefully someone else comes along and breaks it.”

Although Post, who watches every LPGA Tour event, is a big fan of Henderson, she feels it’s too early to call her the greatest Canadian golfer ever.

“We don’t know how long she’s going to play and it’s a different time,” said Post. “There are more tournaments, there are more majors for her to win. When I played, there were only two majors.

Now there’s five per year. Everything has changed.

Post and Henderson first met ahead of the ANA Inspiration in 2015, the first major of the LPGA season, when the latter golfer was still an amateur. Post won the event twice when it was still known as the Colgate-Dinah Shore Winner’s Circle and offered up some advice to the young golf prodigy.

“I don’t give her any advice now, she’s got it well in hand,” said Post with a laugh.

Post is generally impressed with the growth of golf among Canadian women, pointing out the success of Henderson, Hamilton’s Alena Sharp and Quebec City’s Anne-Catherine Tanguay on the LPGA Tour. She’s also impressed by the success of Canadian amateurs Brigitte Thibault of Rosemere, Que., who was the only Canadian in the field at the inaugural Augusta National Women’s Amateur, and Oakville’s Nicole Gal, who won the won the girls’ 14-15 age division of the Drive, Chip and Putt championship, also at Augusta.

“The LPGA has done a lot in girls’ golf to promote it and grow it,” said Post. “When you see contests like Augusta’s Drive, Chip and Putt, and you see the women’s amateur that they played before it, it’s impressive.

“Right now, junior golf and the enthusiasm for it and parents getting their kids into it, it’s really good for the game.”