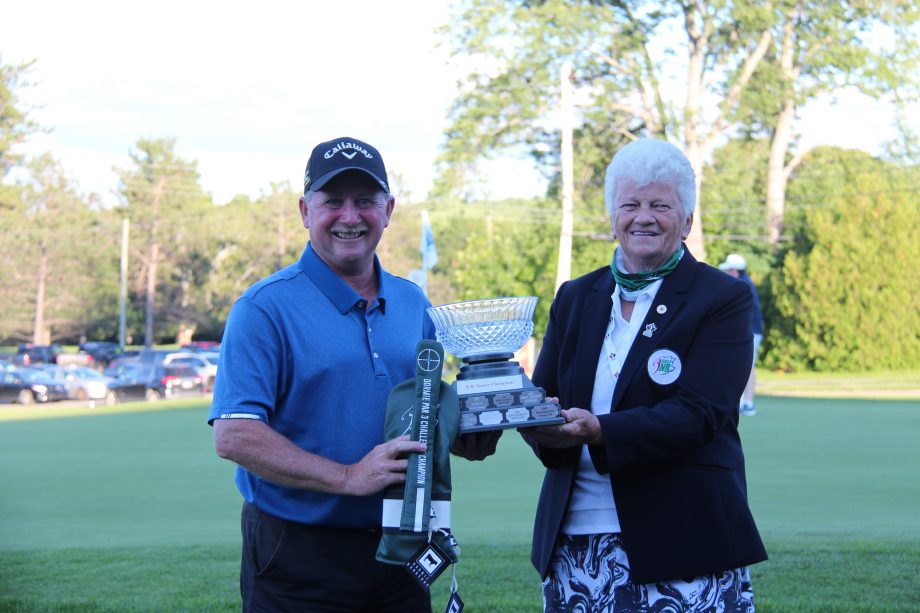 FREDERICTON, NB: A warm and breezy afternoon greeted players at the NB Men’s Senior Championship ahead of Wednesday’s third and final round. After 36 holes, very little divided players at the top of the leaderboard, with a number of competitors in contention for the Senior and Super-Senior titles.

The final two games took to the course beginning at 3:00 PM. With all players within 5 shots of the lead, Wednesday’s afternoon would set up to be an exciting final round.

Starting right where he left off on Tuesday was Hampton’s, Darren Ritchie. The 1992 Canadian Men’s Amateur Champion began Wednesday’s round with a stellar 4-under front 9, recording four straight birdies on holes 6,7,8, and 9. At the turn, Ritchie’s lead in the Senior Championship would be extended to 6-shots. A more difficult back-nine would lead to a final-round total of 2-under, 68, enough to comfortably claim the 2021 NB Senior Championship by six shots. Fox Creek’s Mike Jeffrey and Gage’s Tom Cameron both shared second place, as the pair finished the 54-hole championship at 6-over par.

The Fredericton Golf Club proved to be gracious hosts while providing players with a true test of championship golf. The 2021 NB Men’s Senior & Mid-Master Championship concludes Golf NB’s Major Championships for the season; next on the docket is the 2021 Family Classic & Adult Junior, hosted by Country Meadows on August 9th.