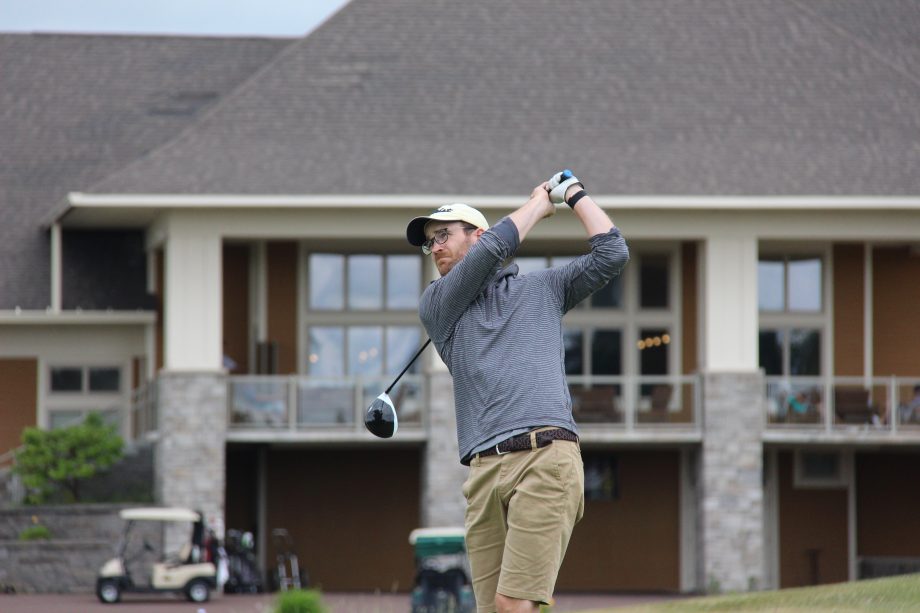 <![CDATA[<strong>For Immediate Release: Royal Oaks Golf Club plays host to the 2020 NB Men’s Amateur, Mid-Master, and NB Junior Boys Championships. 160 of New Brunswick’s most elite competitive players took to the field this weekend in Moncton to take on the championship venue and battle for their respective 2020 Championship Titles. Play for Saturday’s second-round began at 6:30 AM with participants in the NB Junior Boys Championship teeing off in the first wave. The heat and humidity present during round one did not stray far as early morning players were met with similar conditions to Friday. 2018 NB Men’s Amateur & Mid-Amateur Champion, Alex Palmer of The Riverside Country Club picked up where he left off from Friday’s opening round. A first-round 5-Under Par 67 was just the start as Palmer backed up his firey play with a stellar 7-Under Par 65 round on Saturday. 3 birdies and 3 eagles allowed The Riverside member to manage the risk and rewarded opportunities on the course and play the Par-5’s at unbelievable 7-Under Par. Following two groups behind Palmer was clubmate and fellow competitor Darren Roach who unknowingly was in a head to head competition with Palmer for the low round of the day and a potential course record at Royal Oaks. Roach also carded a 7-Under Par 65 during Saturday’s second round in Moncton. 6 birdies and two eagles pushed Roach into contention on Sunday after finishing 2-Under Par on his opening round. 2019 Champion, Michel Landry of the Fredericton Golf Club heads into the final round in third place after a pair of 2-Under Par 70’s in his opening two rounds. Landry sits 8 strokes back of Palmer in the lead and 5 behind Roach as players on top of the leaderboard look to battle for the championship on Sunday. The Riverside Country Club’s Greg Steele recorded an ACE on Royal Oaks’ Par-3 8th hole. Greg used a PW from 140 yards to record his hole in one. Congratulations Greg! Country Meadows’ Stu Musgrave leads the 2020 NB Men’s Mid-Master Championships. Usually partnered with the NB Senior Men’s Provincial Championships, the 2020 Mid-Master is taking place alongside the Men’s Amateur and Junior Boys at Royal Oaks. A hot 3-Under Par start by Musgrave on the front nine slowly cooled off as temperatures increased, an even-par 36 back nine secured a 3-Under 69 finish, and puts Musgrave in the pole position for Sunday’s final round. Remi Comeau of Fox Creek had difficulty matching his opening round of 69, Saturday’s conditions saw Comeau record a 3-Over Par 75 in his second round. Musgrave holds a one-stroke lead over Comeau as the two prepare to leave it all to play for during Sunday’s round. Dave Bolster of Grand Falls sits in third place in the Mid-Master Championships after a 1-Over Par 73 and 2-Over Par 74. Daniel Kirby of JH Sports continued his fine run of play from Friday with a second-round 1-Under Par 71 performance. The young Woodstock native carded an impressive 5 birdies in his round on Saturday however some bogey difficulties on the back nine restricted Kirby to a still impressive 1-Under Par round. Kirby leads the Under-19 Boys Division over the Fox Creek duo of Felix Boucher and Patrick Cormier. Boucher’s second-round 1-Over Par 73 keeps him close in the title race for the Under-19 Division and even closer to clubmate Patrick Cormier who’s 76, 4-Over Par round on Saturday sees the pair both tied for second place, seven strokes behind Kirby. In the Junior Boys, Under-17 Division Fox Creek’s Julien Babineau leads the division after recording a second-round 2-Over Par 74. Babineau who shaved three strokes off of his opening round 5-Over Par 77 will need to continue his form heading into Sunday’s final round. Knocking on Julien’s door for the Under-17 Title is Westfield’s Jack Bailey, a first-round 4-Over Par 76 combined with his Saturday 8-Over Par 80 sees Bailey 5 shots back off of Babineau as the two Juniors look to leave it all out on the course during the Sunday’s round in the race for the Under-17 Provincial Championship. Rounding out the top-3 in the Under-17 Division is Moncton’s Ethan McFadden. A tournament score of 163, 19-Over Par has McFadden 12 strokes off of the lead and 7 back of Bailey. The NB Under-15 Junior Boys Division sees a family connection on top of the leaderboard as Miguel Babineau of Fox Creek holds the lead heading into the third and final round. Babineau’s consistent play of 12-Over Par 84 and 11-Over Par 83 positions the young junior nicely as Babineau will look to close out his lead on Sunday. Petitcodiac’s Chase Burgess and Westfield’s Morgan Costain are both tied for second in the Under-15 category. A narrow two-stroke lead could set up for an interesting final round on Sunday as the three players will look to utilize Rees Jones’ challenging yet rewarding design to their advantage.