Richardson tops crowded leaderboard after round one in Manitoba 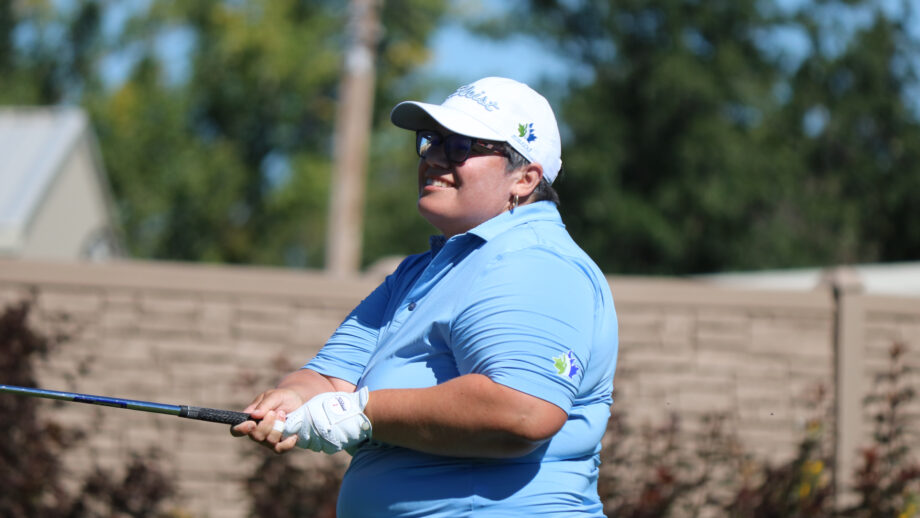 HEADINGLEY, Man. – Breezy Bend Country Club stayed true to its name in the opening round of the Canadian Women’s Mid-Amateur and Senior Champonship, presented by BDO. Leanne Richardson withstood the gentle, but lively wind, to pace the field in Manitoba.

Richardson, the 2022 New Brunswick Women’s Senior champion, made birdies on holes No. 8 and 15, contributing to a round of even-par 72 and a one-stroke lead over a trio of players from B.C. tied for second place. The Indian Mountain, N.B., native holds the lead in the Mid-Amateur, Mid-Master and the Senior division through 18 holes.

In the Super Senior division – a subdivision for players 60 and above – Procter B.C.’s, Jackie Little is ahead by one stroke following a 1-over-par 73. A double bogey on No. 12 moved Little to 3-over-par on the day, but she responded with birdies on Nos. 13 and 15 to take control of the lead.

Defending champion, Christina Spence Proteau, is in the mix after round one, as she typically is in the Women’s Mid-Amateur division. The six-time winner opened her tournament with a 1-over-par 73 to position herself T2. Proteau was lights out through the opening bakers dozen at Breezy Bend, but ran out of steam finishing with two bogeys and a double bogey to surrender the lead.

“I started off very solid and committed, so I think overall I just struck the ball really well and was nice and tidy with [my] short game, and that carried through most of the back nine until 16,” said Proteau.

The Port Alberni, B.C., native says she’s dialed back the amount of which she plays the game for various reasons, but a few stops on her road trip through western Canada en route to the national championship allowed her to tighten some screws in the bag.

“This year, it’s been a bit of a different year for me. I haven’t played any major events until this event, and this will be my only major event this year, so I knew there would be some rust, I just didn’t know in what form it would show up,” said Proteau. “Overall, if someone would have told me, ‘Would you have taken 1-over today,” I’d probably take it; and I’ve always said, generally speaking, even-par, if you look at the history books over the years, that’s always done well for me.”

Joining Proteau and Little at 1-over-par for the tournament and T2, is Nonie Marler. The 2021 runner-up got as low as 2-under on the day with back-to-back birdies on Nos. 14 and 15, but, Malter was swallowed by the final three holes, as so many were on Tuesday. The Vancouver, B.C., native made three consecutive bogeys on the home stretch, which, statistically speaking, ranked the hardest three holes on the golf course in the first round.

Shelly Stouffer, the reigning champion in the Senior division, and Helen Chartrand carded rounds of 2-over-par 74 to round out the top-5 in the Mid-Amateur division. The 52-year-old Stouffer is coming off a T29 showing at the U.S. Senior Women’s Open in Kettering, Ohio last week and is looking to build off her solid play south of the border.

“I think it’s going to be great,” said Stouffer of this week’s tournament. “I got some good momentum from that because I made the cut and I played pretty well the last few days, so I was pretty happy with my game,” said Stouffer.

British Columbia owns healthy advantages in both the Mid-Amateur and Senior Interprovincial Team competitions, leading by 12 strokes and nine shots, respectively. Champions will be crowned in each of the two divisions following Wednesday’s second round which is scheduled to begin at 7:30 a.m.