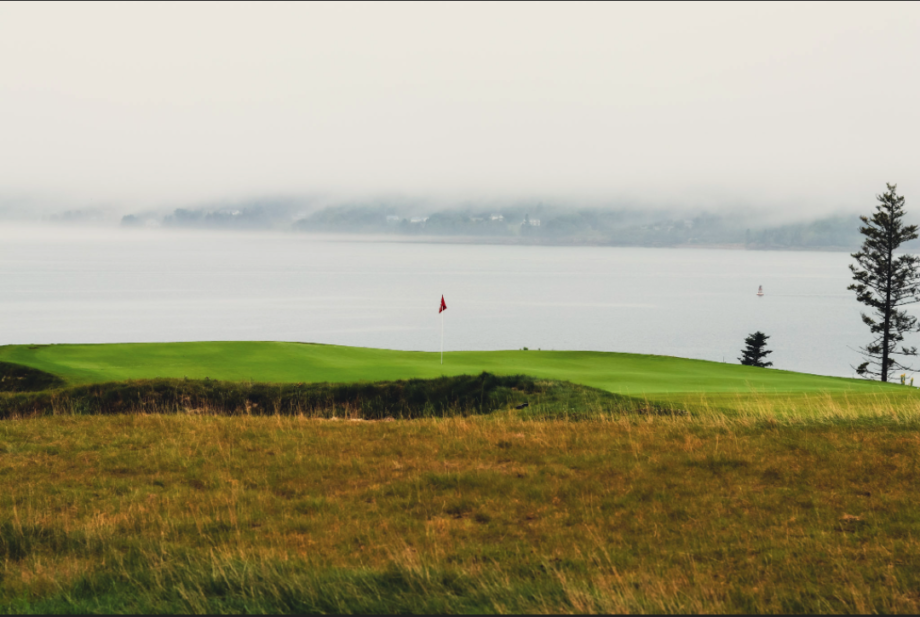 Leanne Richardson has won six New Brunswick women’s amateur championships and she’s as competitive as ever, but she has other thoughts about this year’s tournament.

The 58-year-old Moncton native, who plays out of the Country Meadows Golf Club, where she has served as general manager for 22 years, is eager to see her opponents.

“There is a lot of anticipation for this one because it’s like one big family getting together again,” Richardson explained.

“It will be great to see everyone and get back on the golf course with them again,” she said.

“We don’t take anything for granted anymore so we’ll make the most of this opportunity to be together.”

Richardson will headline a field of 99 competitors at the New Brunswick women’s provincials, driven by Audi Moncton, July 3-5 at the Algonquin Resort Golf Course in scenic St. Andrews.

“The golf tournament is obviously important, but this year’s tournament will be more of a social event that we’ve had in the past,” Richardson said.

Women’s amateur, mid-amateur, senior, super-senior, and platinum titles will be contested on the course that is rated in the top 100 in Canada by ScoreGolf’s biennial golf course rankings list.

Richardson, who was inducted into the Moncton Sports Wall of Fame nine years ago, is the defending champion in the amateur division.

The COVID-19 pandemic forced the cancellation of the tournament two years ago.

She’s also captured about 20 New Brunswick player of the year titles and has represented the province at 30 Canadian championship tournaments.

“It’s a privilege each time I compete and I think I appreciate it more than I did when I was younger,” Richardson said.

“I really appreciate the good rounds and I’ve learned to not get too frustrated when things don’t go so well.”

Cathy Donald, from the Ashburn Golf Club in Fall River, N.S., placed second at last year’s amateur at Royal Oaks in Moncton, and Morgan Matchett of Miramichi Golf and Country Club was third.

Matchett, who won the provincial title on her home course in 2018, hasn’t played much golf this year and she’s never played at Algonquin, a par-71 layout.

“I hope to have a practice round to see what it’s all about then play well enough to get a spot on the team,” said Matchett, a 2015 graduate of Jacksonville University in Florida.

“I know there are a lot of good players so I’ll have to put together some good rounds.”

The top three finishers in the overall competition will represent New Brunswick at the Canadian women’s amateur championship, presented by BDO, July 19-22 at the Westmount Golf Club in Kitchener, Ont.

“Algonquin is going to be a good test, especially if there is some wind,” Richardson said.

“There are a few blind shots and they can be tricky.”

Matchett, a 28-year-old teacher at Miramichi Valley High School, expects the field to be “very competitive.”

“There are a lot of very good golfers around the province so the challenge should bring out the best in everyone,” she said.

Richardson, Donald, and Matchett were also the top three finishers in the mid-amateur championship last year.

Richardson, Donald, and Shelley Thomas, of Country Meadows, were the top three in the senior championship.

“I haven’t played much, but I will ramp up before the tournament,” said Thomas, a 53-year-old self-employed entrepreneur.

“Doug Sullivan (Club Owner and PGA of Canada Member) always tells us about the importance of practicing so I better listen to his advice,” she said.

“Getting a spot on the New Brunswick team was an honour for the first time and I would like to do that again.”

The Canadian Women’s Mid-Amateur and Senior championships. Presented by BDO, will be played Aug. 30-Sept. 1 at the Breezy Bend Country Club in Headingly, Manitoba.

Raymonde Boudreau of Pine Needles, Penny Dickeson of Fredericton, and Shelagh Eddy of Gowan Brae were the top three in the platinum division.

Golf New Brunswick Executive Director, Luke Lacey said the seaside course “provides no shortage of risk and reward, which should make for an exciting 54 holes of golf” for players in all five championships.

Audi Moncton is a perennial award-winning dealership, located in Dieppe NB, servicing all of New Brunswick and Prince Edward Island. We offer a large selection of traditional gas-powered vehicles, hybrid vehicles, and all-new fully electric vehicles. Visit us in person or online for more details.