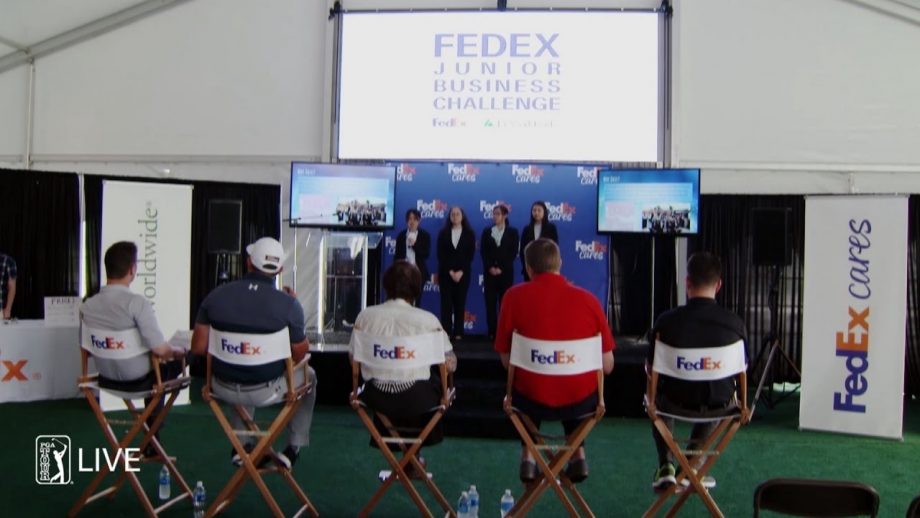 FedEx and Junior Achievement Worldwide have announced the return of the FedEx Junior Business Challenge, a program in conjunction with the PGA TOUR and its tournaments that provides the next generation of entrepreneurs an opportunity to pitch original business concepts during the 2017-18 season.

The RBC Canadian Open is proud to play host one of the FedEx Junior Business Challenge qualifying events this season, while the first will take place at the World Golf Championships-Dell Technologies Match Play in Austin, Texas, on Tuesday, March 20. The full schedule of four events is below.

JA students ranging from 15 to 18 years old will pitch their team’s business, innovative products or services to a panel of high-profile judges. One JA student company from each qualifying event will be selected to move on to the FedEx Junior Business Challenge finals at the TOUR Championship and 2018 FedExCup finale at East Lake Golf Club in Atlanta for a chance to receive a $75,000 donation to their local JA chapter from FedEx.

“We were inspired by JA students who participated in last year’s FedEx Junior Business Challenge and presented innovative, dynamic thinking with real-world solutions,” said Patrick Fitzgerald, senior vice president, Integrated Marketing and Communications, FedEx. “We’re honored to bring the program back for its second season and look forward to working alongside the PGA TOUR and JA to help empower the next generation of entrepreneurs and business leaders.”

The judging panels throughout the FedEx Junior Business Challenge program will comprise an eclectic mix of personalities and diverse backgrounds, including PGA TOUR players and other professional athletes, business leaders and media personalities, providing JA students with a broad range of perspectives and signifying that no two paths to success are the same.

2003 U.S. Open (tennis) and former ATP World No. 1 Andy Roddick and three-time PGA TOUR tournament winner Pat Perez are slated to join the panel at the first qualifying event being held at the WGC-Dell Technologies Match Play on Tuesday, March 20.

Since 1996, FedEx has donated nearly $14 million to JA Worldwide in support of small businesses and the entrepreneurs of tomorrow.

“It’s great to see the program return for a second season and expand its reach by hosting a qualifying event in Canada,” said Bill Paul, Golf Canada’s Cheif Championships Officer. “We’re looking forward to hosting the students and eagerly await to see what terrific ideas they come bring to light.”

This video below highlights the 2017 FedEx Junior Business Challenge final, held at the TOUR Championship in Atlanta.