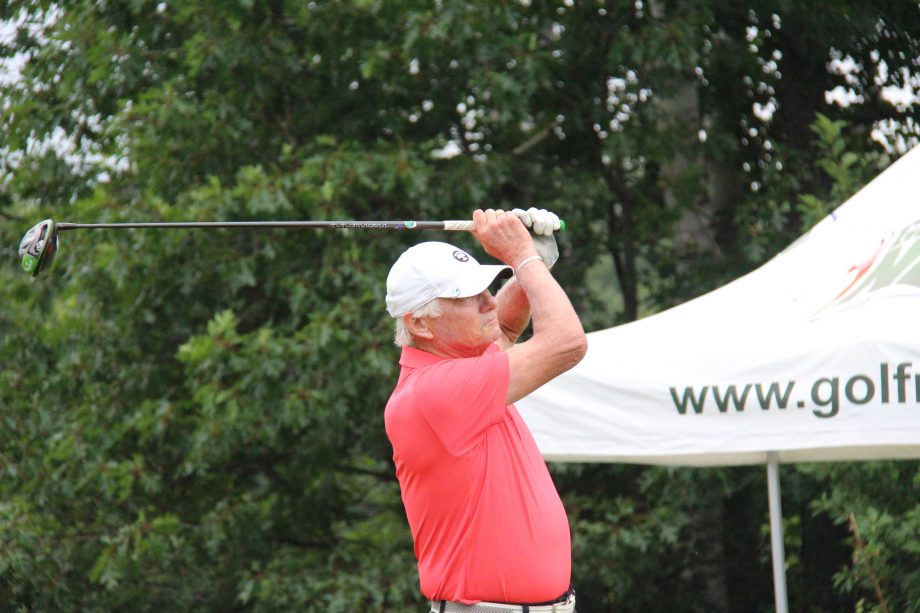 <![CDATA[ <div> For Immediate Release: The Miramichi Golf & Country Club plays host for the final championship of the 2020 Golf NB Championship season as a field of 99 of New Brunswick’s top players, 55 years of age and older, tee it up at one of the provinces most unique and challenging venues. A hot and humid Monday greeted players as they gathered from across the province to compete for the 2020 NB Senior and NB Super-Senior crowns at one of New Brunswick’s most historic venues.

Leading the Senior field after round 1 is Fredericton’s Sonny Phillips. Phillips would go on to record a 1-Under Par 70 round as he used course knowledge to his advantage in maneuvering the tight fairways and greens at Miramichi. A front nine 1-Under Par 34 paired with an even-par 36 on the back nine gives the 2019 Super-Senior Champion the opening round lead moving into Tuesday. Following closely behind Phillips is West Hills’ Bob Brown and Hampton’s Darren Ritchie who both completed their opening rounds of even-par 71. The trio will see the field off on Tuesday’s second round with the leaders teeing off early. Phillips’ name can also be found on top of the Super-Senior Division leaderboard as Sonny will look to repeat his 2019 Super-Senior title while also competing for the Senior Championship crown. Gary Melanson of Covered Bridge Golf & Country Club sits in second in the Super-Senior Division, 5 strokes behind Phillips. Melanson is coming off a stellar victory at the PEI Amateur Championship where he captured their Senior Title on Sunday. 2 strokes off of Melanson is Fox Creek’s Jean LeBlanc who’s opening round of 6-Over Par 77 sees himself in third place. The Dormie Workshop Par-3 Challenge has been added to Golf NB’s events this season to reward the player who performs the best on the Par-3’s during the course of the championship. After round 1, Sonny Phillips leads the challenge as his performance on Miramichi’s Par-3’s sees the Fredericton Native at an impressive 2-Under Par. Darren Ritchie of Hampton sits in second place at 1-Under Par in the contest. The champions of this event’s challenge will each receive a custom prize from Dormie Workshop.
The second round play of the 2020 NB Men’s Senior Championship begins at 7:30 AM on Tuesday. Leading off the field is: Bob Brown– West Hills Golf Course Sonny Phillips – Fredericton Golf Club Darren Ritchie– Hampton Golf Club   NB SENIOR MEN’S SECOND ROUND PAIRINGS

Established in 1925, the Miramichi Golf & Country Club has proved to be one of New Brunswick’s many premier championship venues and most recently hosted the 2018 NB Ladies Provincial Championships. The Par-71 6,100-yard T.F Robinson design features tight fairways that will require immense accuracy off the tee. The 54-Hole Competition will provide the ultimate test for players as they look to prove their worth in the race for New Brunswick’s 2020 Senior Men’s Champion.