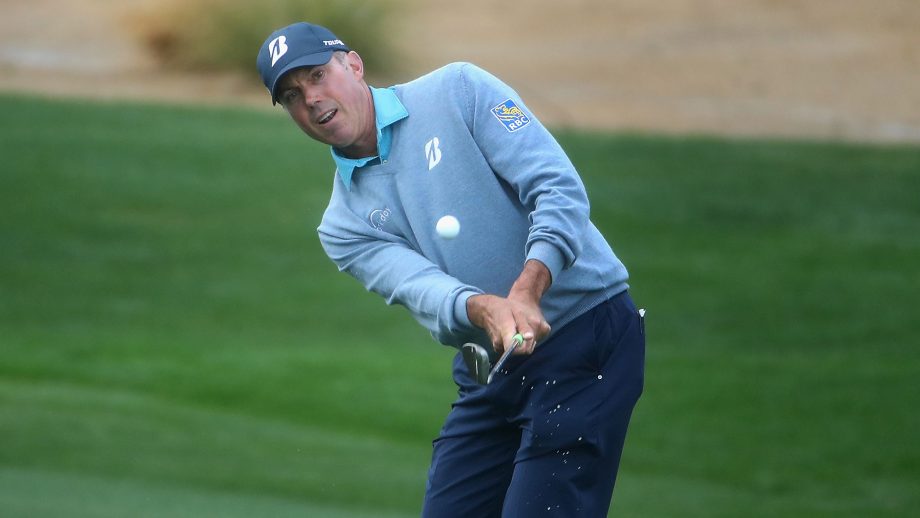 SCOTTSDALE, ARIZONA - FEBRUARY 03: Matt Kuchar chips onto the 17th green during the final round of the Waste Management Phoenix Open on February 03, 2019 in Scottsdale, Arizona. (Photo by Christian Petersen/Getty Images)

MEXICO CITY – The PGA Tour again is taking a close look at changing the size of its cuts, and this time the idea appears to have some legs.

One topic at the first Player Advisory Council meeting last Tuesday at Riviera was to change the 36-hole cut from top 70 and ties to top 65 and ties, which is what the European Tour and the Web.com Tour do.

“There’s some traction for it,” said Jordan Spieth, in his first year on the policy board. “The argument is the MDFs don’t look good and twosomes on the weekend are better for everybody, including the viewership.”

The MDF was the tour’s first crack at avoiding bloated fields for the final round. It stands for “Made the cut, did not finish,” and it was passed unanimously at the end of 2007. Whenever more than 78 players make the cut, a 54-hole cut is in play to narrow the field to top 70 and ties.

This would be another step, though it’s in the early stages.

In the 10 tournaments this season, a cut to the top 65 and ties would have happened just once. At the Safeway Open, 86 players made the 36-hole cut. If the cut had been top 65 and ties, 67 players would have advanced to the weekend, sending home another 19 players on Friday. Of those 19, Tom Hoge had a 69-70 weekend and tied for 17th, which was worth 44 FedEx Cup points.

That’s what concerns Matt Kuchar, who is on the PAC.

“The MDF is a great addition,” Kuchar said. “Guys who have a bad Saturday (and missed the 54-hole cut), they’re not competitive in the tournament anymore. The T-65 … you just have a handful of stories of a guy who would have missed the cut that has won or has a top 5. It happens every now and then.”

The best example was Jose Maria Olazabal, who made the cut on the number at Torrey Pines in 2002 (tie for 69th) and was among 89 players who advanced to the weekend. Olazabal shot 67-65 on the weekend and won by one shot.

“I’m kind of on the fence,” Kuchar said. “It works in Europe. It works in a lot of places.”

Even with a cut to top 65 and ties, there still could be occasions when more than 78 players make the cut, and the 54-hole cut would remain.

Spieth said he hasn’t detected too many players opposed to the idea, except for those who seem to constantly be around the cut line and want every chance. Much like Kuchar, however, he doesn’t have a strong opinion either way.

“I don’t mind how it is now. I don’t mind if it switches,” Spieth said. “But there is some traction.”