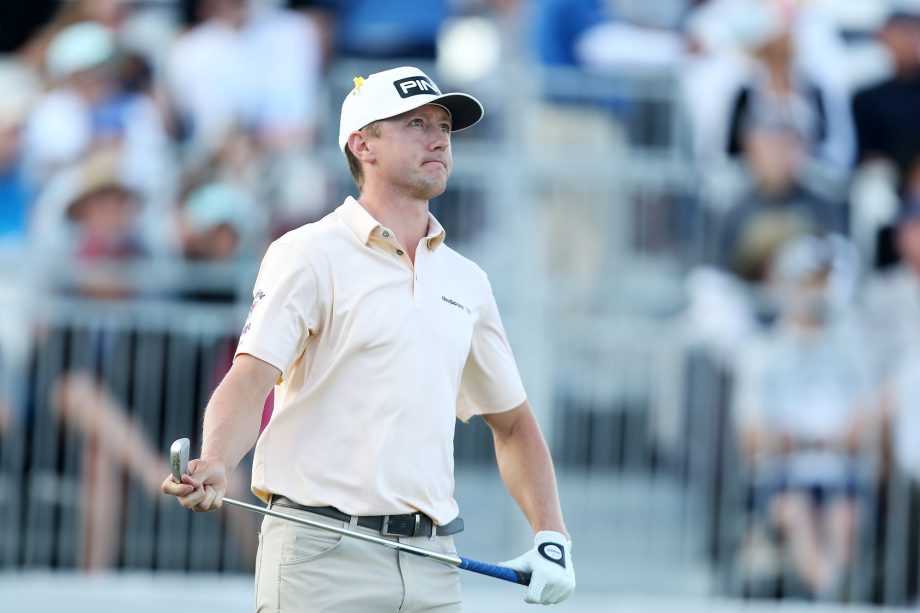 <![CDATA[Canadian Mackenzie Hughes never lost faith in his game, even as he struggled through five consecutive missed cuts to start 2020. But Hughes' professional troubles paled in comparison to the suffering of his friend Daniel Meggs, who succumbed to cancer at the age of 29 on Feb. 23, three weeks before his wife's due date. Hughes, who is also 29 and a father, honoured his friend by writing ``DM'' on his <a name="AUTOJUMP">golf balls at last week’s Honda Classic. That added a dose of perspective every time he teed his ball up, helping Hughes finish second at the PGA Tour event and challenge Sungjae Im for the title. “It wasn’t a tactic to, you know, help me play better golf, it was more just a reminder that life isn’t always fair and that the days that we have are meant to be lived and to be enjoyed,” said Hughes on Monday. “I kept thinking to myself what (Meggs) wouldn’t give for another round of golf and to see us, his family. “I just thought it was a nice way to remember him but also keep things in perspective and remind myself that golf is not life.”

The memory of Meggs wasn’t the only thing that kept Hughes grounded as he shot a 5-under 275 overall to finish a shot behind Im and one ahead of Tommy Fleetwood. He was also thinking of his wife Jenna and his son Kenton, who were waiting for him at the 18th hole of the PGA National Golf Club in Palm Beach Gardens, Fla. “I came off and I was a bit disappointed and knew I had a good finish but wanted one shot better,” said Hughes, a native of Dundas, Ont. “But it’s just one of those things that, again, brings you back to what’s important and what’s actually going to bring you joy at the end of the day.” “Kenton’s unconditional love and affection is what keeps me going. It’s just infectious.” All week Hughes was surrounded by friends from his days as a junior and an amateur. On Tuesday, he and fellow Canadians Corey Conners of Listowel, Ont., and Michael Gligic of Burlington, Ont., threw a barbecue. They were joined by a handful of other golfers and caddies, who were Kent State University grads, Canadian, or somehow associated with either camp. Hughes, Conners, Dave Markle, and Marc Bourgeois – all Canadian and Kent State alum – took a group shot together that Hughes sent to Herb Page, the head coach of Kent State and a product of Markham, Ont. That prompted a long phone call between Hughes and Page and later an inspiring text message from the coach that simply read “The hard part is over” after his former pupil was the only Canadian to make the cut. That stuck with Hughes and he followed up his 71 and 72 in the opening rounds with back-to-back 66s.

“It was like ‘I’ve been fighting that monkey for a little bit this year’ and then to go there on Saturday for our tee time I was like, ‘All right, let’s just go play golf,”’ said Hughes, who had missed the cut nine of 11 times this season, with a tie for 55th a the Houston Open in October his best result before the Honda Classic . “And it was a really nice two days, to say the least.” Finishing second moved Hughes 157 spots up the rankings from No. 223 to a much more comfortable 66th, just two points behind No. 65 Talor Gooch. “It just gives me a bit of a shot in the arm going forward,” said Hughes. “I just know that, like I’ve been saying all along, that the game was not really as far off as it seems. I just need build on the momentum for this week and try and keep adding up those points.”]]>