Patrick Cantlay rallies from 4 back to win the Memorial 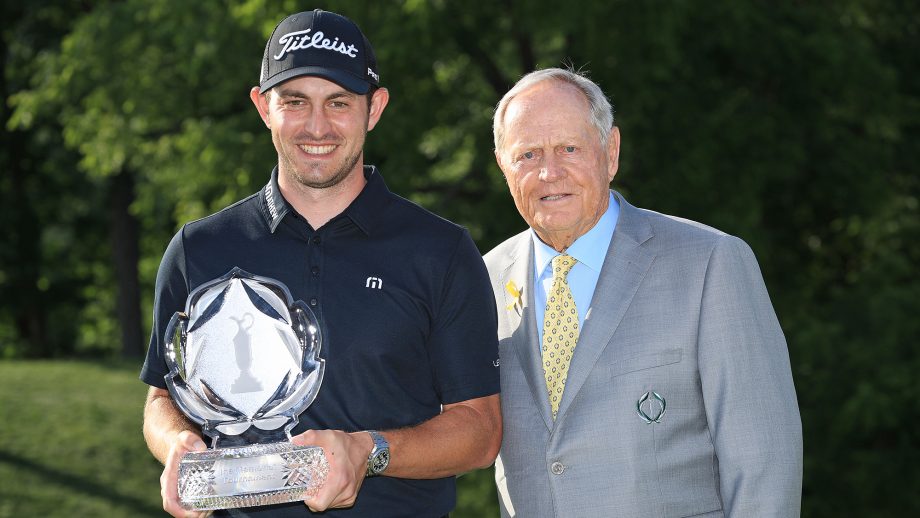 DUBLIN, Ohio – Jack Nicklaus is a gracious tournament host at the Memorial who doesn’t mince words, and it paid off for Patrick Cantlay.

Nicklaus said to have fun, to look around at all the fans having a great time, to relax and to go win the golf tournament.

Cantlay had a blast Sunday with the best closing round by a winner in the 44 years of the Memorial. He rallied from four shots behind with an 8-under 64, a round so under control that Cantlay’s longest putt for par was from 8 feet on the final hole, with Nicklaus watching behind the 18th green.

He poured it in to secure a two-shot victory over Adam Scott.

“I finished it,” Cantlay said to Nicklaus as he walked off the green.

Adam Hadwin of Abbotsford, B.C., tied for 52nd at 1 over for the tournament, 20 shots off the lead. Corey Conners of Listowel, Ont., tied for 62nd at 4 over.

Martin Kaymer, trying to end five years without a victory, started with a two-shot lead and never recovered from a four-hole stretch on the back nine when he made consecutive bogeys and failed to birdie the par-5 15th. He closed with a 72 and finished third.

Scott was the last player to have a chance and ran off three straight birdies until narrowly missing birdie putts on the last two holes. He shot 68.

“Being able to win on this golf course, in front of Jack, making that putt on the last hole, I can’t tell you how good it feels,” he said.

Engaging in private, Cantlay doesn’t smile much on the golf course and isn’t about to force one. But the advice from Nicklaus – Cantlay first met him when he won the Jack Nicklaus Award as the nation’s best college player in 2011 – stuck with him.

Look around, soak it up and enjoy it.

“I definitely said that to myself down the stretch today on the back nine,” said Cantlay, who finished at 19-under 269. “It put me a little more at ease, and I hit a lot of really nice, quality shots with the lead.”

By then, Kaymer was making bogeys and Scott was stuck in neutral until it was too late.

“I knew that you can’t really make any mistakes coming down the stretch,” said Kaymer, whose last victory was by eight shots in the 2014 U.S. Open at Pinehurst No. 2. “But all credit to Patrick. He played a great round of golf. He deserved to win – 19-under par is amazing.”

Scott finished at 19 under at Torrey Pines and lost two by to Justin Rose. He was 17 under at the Memorial – only six players have done better at Muirfield Village, one of them being Cantlay on Sunday.

“It’s disappointing not to win, for sure,” Scott said. “I really played good golf this week, and it just wasn’t good enough.”

Cantlay’s only disappointment was that it took him 19 months to win for the second time on the PGA Tour. But then, he hasn’t been around as long as it seems. Cantlay was low amateur in the 2011 U.S. Open, and the next week shot a 60 at the Travelers Championship.

But his career took a severe turn on and off the golf course, first with a back injury that kept him out of golf entirely for two full years and left him wondering if he would ever make it back. Then, he was out of dinner one night with his best friend and caddie, Chris Roth, when Roth was stuck by a car and killed.

Cantlay says it changed him as a person, but he keeps that separate from his golf.

His golf has been good for a long time, and this was a big step.

There some atonement at Muirfield Village for Cantlay. A year ago, he took a two-shot lead to the back nine and didn’t make a birdie the rest of the way, missing a playoff by one shot. This time, he putted for birdie on every hole on the back nine until the 18th.

“I was looking for a little redemption this week,” Cantlay said. “And that has to do with me feeling really comfortable on the golf course and liking it a lot. Not to mention I’ve been playing really well, so it feels like a win has been coming. You always have to put yourself in contention. And you start winning a couple, and you figure out how to do it, and hopefully it keeps happening.”

Tiger Woods knew he had no chance to win the Memorial from 11 shots behind going into the final round, though he still put on a show and got what he needed out of his final event before the U.S. Open at Pebble Beach. He went out in 31 and was 7 under for his round through 12 holes until a sloppy bogey on the 14th and a closing bogey for a 67. He wound up in a tie for ninth at 9-under 279.