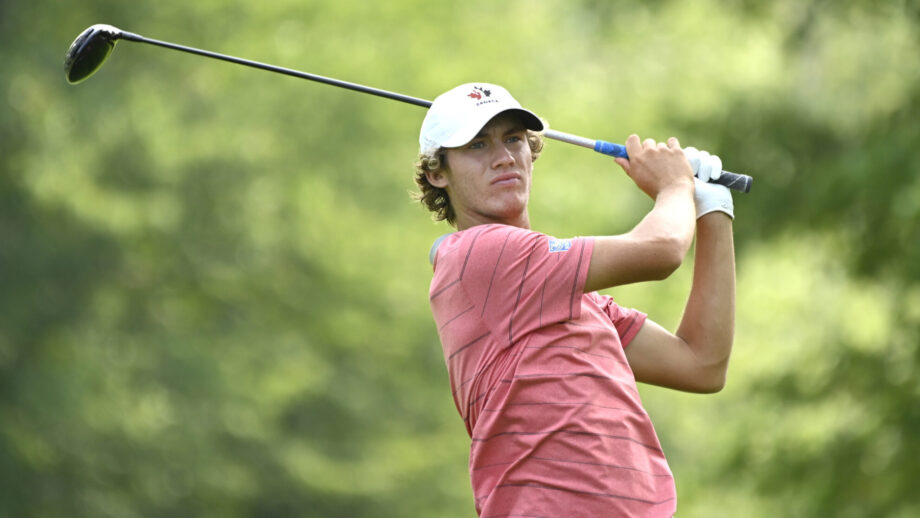 The rising temperatures today at Rivershore Estates and Golf Links were no problem for Jean-Philippe Parr. During the third round of the Canadian Junior Boys Championship, presented by BDO, the 18-year-old shot a 4-under-par 68 to extend his stay at the top of the leaderboard.

Parr’s bogey on 13 today snapped a streak of 34 holes of bogey-free golf. Yesterday, Parr fired a round of 62 which tied the low Canadian Junior Boys Championship single-scoring record set by Calvin Ross in 2017 and matched by Christopher Vandette in 2019.

“My wedge game and putting has been really solid recently which fits this course perfectly as there are many wedges and a lot of good birdie opportunities,” said Parr

The University of Tennessee commit will look to defend his 2021 title tomorrow with a two-stroke cushion heading into Thursday’s final round. Vandette was the last to do so, going back-to-back in 2018 and 2019.

Sliding into second was Matthew Javier from Toronto, Ont. The 15-year-old recorded his third eagle of the tournament, and second in as many days on the par-5 4th, to better his position on the scoreboard by one from yesterday’s round where he sat T3.

In the Juvenile Boys Division, Matthew Javier holds the lead at 14 under for the tournament, with Andre Zhu closely trailing by one stroke. In third place is Vancouver, B.C. native Ryan Liang who came in at 9 under.

The final round is set to commence tomorrow at 8:00 a.m. PT, with the awards ceremony following play at approximately 3:00 p.m.