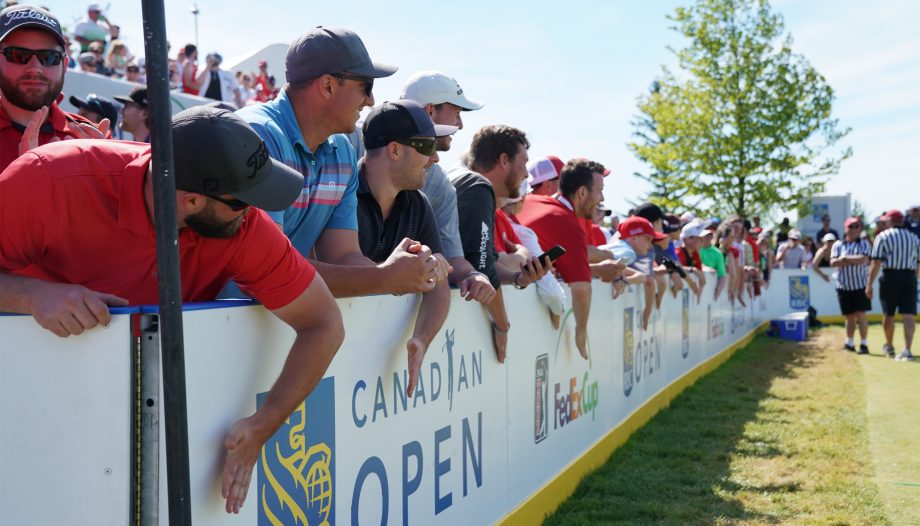 Laurence Applebaum, Golf Canada’s CEO, called the 2019 edition of the tournament a success on Sunday, even as the national sport organization was still adding up its figures.

“I can categorically say that the RBC Canadian Open 2019 will be a record year,” said Applebaum at a morning news conference before most pairings had teed off in the final round of the national championship. “It’s going to be a record on basically every single metric we look at.”

Golf Canada reported a 65 per cent increase in attendance, a total of approximately 120,000 people over seven days. Beer sales, always a point of pride for the only Canadian stop on the PGA Tour, doubled from last year’s event at Glen Abbey Golf Club in Oakville, Ont.

Setting the stage for a thrilling Sunday finish at the #RBCCO

That growth was part of a plan initiated by Golf Canada, lead sponsor RBC, and the PGA Tour, to raise the RBC Canadian Open’s profile.

The overall purse was increased to US$7.6 million for 2019, up from $6.4 million. The date was also moved from late July to the first week of June, a more advantageous position in golf’s calendar, a week before the U.S. Open instead of a week after the British Open.

A pair of concerts were added to the event, with country music stars Florida Georgia Line playing on Friday night and Kingston, Ont., rock group the Glorious Sons performing on Saturday night.

“I think we saw on Friday and Saturday that music and golf do work together,” said Mary DePaoli, executive vice-president and chief marketing officer for RBC. “Anecdotally there were so many people that came to hear music but got here early to see some golf.”

The Hamilton Golf and Country Club hosted the Canadian Open for the first time since 2007. It will welcome the national championship in 2023. St. George’s Golf and Country Club in Toronto will hold the event in 2020 and 2024, with the hosts for 2021 and 2022 expected to be announced by the end of this year.