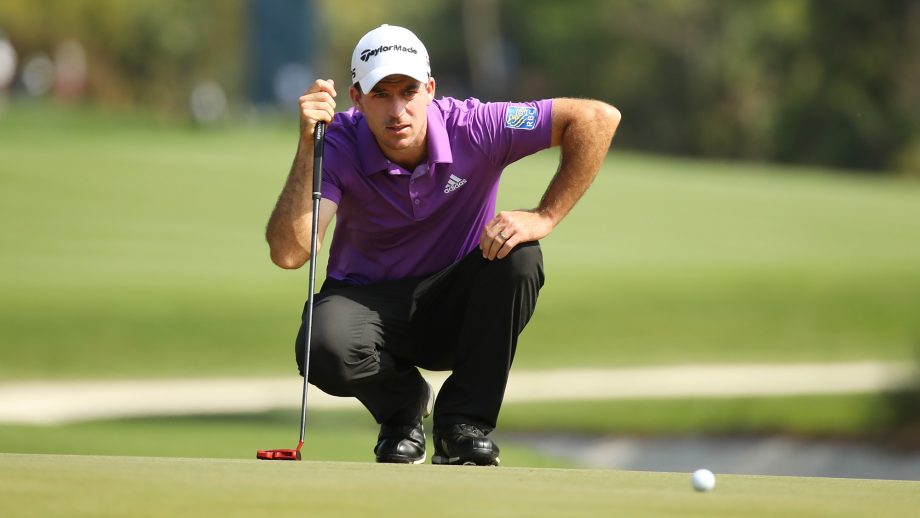 PONTE VEDRA BEACH, FLORIDA - MARCH 15: Nick Taylor of Canada looks over a putt on the 14th green during the second round of The PLAYERS Championship on The Stadium Course at TPC Sawgrass on March 15, 2019 in Ponte Vedra Beach, Florida. (Photo by Gregory Shamus/Getty Images)

Taylor, from Abbotsford, B.C., is looking forward to taking on the difficult Copperhead Course at the Innisbrook Resort and Golf Club in Palm Harbor, Fla., this week at the Valspar because it is just that – a challenging par-71 7,340 yards.

“It’s typically a difficult golf course. You have to keep it in play. Par’s not going to hurt you,” said Taylor on Wednesday. “I just prefer courses where 2- or 3-under par is a great score instead of being a shootout like some tournaments where the winner is 20- to 25-under.

“Here, 10- to 14- under is where winners have been and it’s where I would prefer it if I were to pick a tournament.”

The timing is great for Taylor, too. He’s coming off his strongest performance of the season, tying for 16th at 10 under at the hyper-competitive Players Championship.

“My iron play was really solid all week, made a few mistakes the first day. I felt the greens were tough in the afternoon,” said Taylor, who shot a 73 in the first round but recovered with a 69-69-67 line the rest of the way. “I played really well the last three days and cashed in a lot of opportunities on the Sunday to have my best round of the week so that was pretty much the difference.”

Pleased with his overall performance, Taylor isn’t looking to tweak anything about his game, instead focusing on maintaining what brought him success at the Players to the Valspar.

Taylor will be joined by seven other Canadians at the Valspar Championship, matching the record for Canadians at a PGA Tour event outside of the RBC Canadian Open. Monday qualifier David Hearn of Brantford, Ont., Adam Hadwin of Abbotsford, dual citizen Austin Connelly, Mackenzie Hughes of Dundas, Ont., Roger Sloan of Merritt, B.C., Adam Svensson of Surrey, B.C., and Ben Silverman of Thornhill, Ont., will also play, with the latter being added to the field on Wednesday.

Already a tough course, Taylor played nine holes on Tuesday at Copperhead and another nine at the Pro-Am and said that the greens are firm.

“Early in the morning was a little chilly, but the course is in great shape,” said Taylor. “The greens are fast and pretty firm. If the weather holds up it might be tough.”