New champions crowned at the NB Under-19 Championships 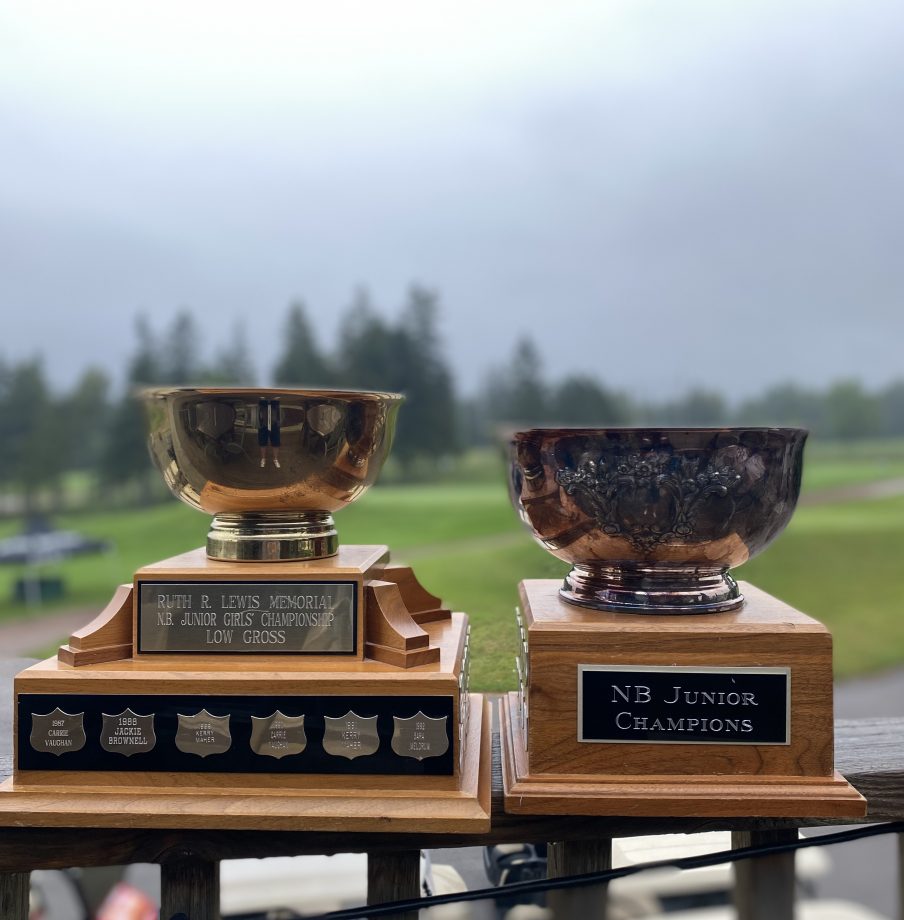 HAMPTON, NB– After 36 holes, four championship titles would come down to the wire on Monday. The Hampton Golf Club proved to be gracious hosts with a number of their dedicated members and staff volunteering their time to contribute to the success of this provincial championship. Players were greeted with hospitality and friendliness, along with an immaculately conditioned golf course that was set up to showcase championship golf in its truest form.

Under-19 Boy leaders took to the field at 10:20 AM, featuring a powerhouse group of the Truro Golf Club’s Owen Mullen, Miramichi’s Devon Gionet, and Hampton’s very own, Nicholas Ritchie. Three shots divided Mullen from his competitors as they put a peg in the ground for Monday’s final round.

The Team Canada National Junior Team member picked up where he left off from rounds one and two with a stellar third round, 2-under, 70. His solid play on Monday moved him to a tournament total of 5-under par and a comfortable cushion of 11 shots ahead of his closest competitor to secure the 2021 NB Under-19 Boys title. Miramichi’s Devon Gionet secured second place in the Under-19 Championship following his three-round total of 6-over, 222 (76,70,76). In third, Hampton’s Nicholas Ritchie did his home fans proud with his consistent play against top competition. Ritchie finished at 8-over, 2 shots behind Gionet.

In the Under-17 Boys Championship, Monday’s round was the setting for an on-course shootout, as Truro’s Simon Mullen and Gowan Brae’s Nicholas Colton both entered the day tied at 13-over. Mullen would pull ahead during the final round after recording a 5-over, 77 to end the event at 18-over, 234 total. 2020 Under-17 Champion, Julien Babineau of Fox Creek managed to move into second place after a final round of 2-over, 74. Rounding out the top three in the Under-17 Championship was the Fredericton Golf Club’s Ben Nicholson, whose final-round 6-over, 78 put him one shot back of Babineau.

The final round of the Under-19 Girls Championship would be a close-fought battle with the Riverside’s Callie Taylor and Mackenzie Deveau of Royal Oaks beginning the day with only one shot between them. Joining the two in the final trio was Sussex’s Rachel Steeves who began the day 7-shots behind Taylor. Following closely behind the leaders was Riverside’s Addison McClune, 2020 Under-15 Champion who started the day a number of shots back.

McClune would leave it all out on the course during Monday’s final round. A tournament low of 81, 9-over par was enough to catapult up the leaderboard and secure both the Under-19 and Under-17 Championships. It was Royal Oaks’ Mackenzie Deveau who finished one shot behind McClune with a tournament total of 39-over, 255. Joining Deveau in a tie for second is the Riverside’s Callie Taylor who also finished the event at 39-over.

The Under-17 leaderboard looked very similar with Taylor finishing second in the competition, followed by Sussex’s Rachel Steeves.

Looking ahead, the Hampton Golf Club will have another major hosting opportunity as they proudly get set to host the Canadian National Junior Girls Championships on August 1st-4th, 2023.