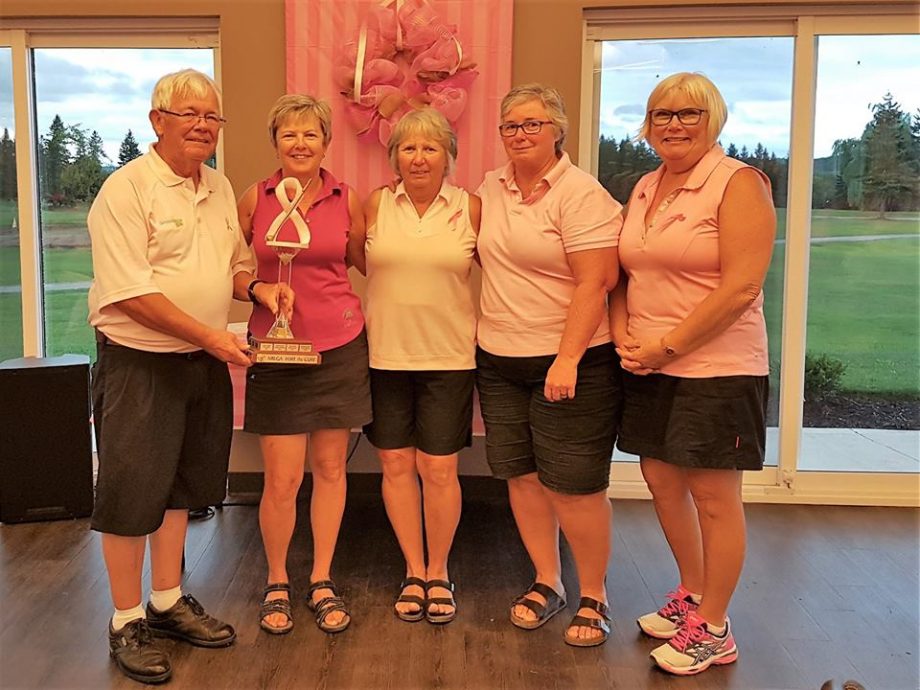 It was a poignant conversation Marilyn Pollock will never forget.

She was approached by a broken-hearted woman from Hampton, whose daughter was recently diagnosed with cancer.

The woman wanted to thank Pollock for her efforts at the 2018 ServiceMaster New Brunswick Golf Fore the Cure, an annual tournament that raises money for breast cancer research.

As chairwoman for the tournament, Pollock made it clear that “it’s everyone’s fight and cause” not just her’s.

“It really hit me how much this disease affects every family somehow and that’s why I feel so passionately about this golf tournament,” Pollock said.

Once again, this year, Pollock will chair the 10-member organizing committee at the scenic and hospitable Petiticodiac Valley Golf and Country Club. Twenty-four teams from all over New Brunswick will tee up for a shotgun start on the afternoon of August 21st and by days end they are expected to raise more than $40,000 for breast cancer research in the province.

“It’s a unique tournament because of all of the emotions involved,” said Pollock, who is also past-president of the Petitcodiac Valley Golf & Country Club.

“There’s really a source of pride when you see the ladies come out support the event,” she continued, “It’s also special when you see people who show up and they are cancer survivors. They share their stories, and everyone gets quite emotional. It’s a wonderful day and our team at Petitcodiac is proud to host such an important event.”

This year marks the 19th anniversary of the ServiceMaster New Brunswick Golf Fore the Cure in New Brunswick. The event tournament has raised more than $600,000 for breast cancer research and all the money has gone to programs in New Brunswick.

This year’s winning team will advance to the Canadian Golf Fore the Cure tournament on September 23rd at the Credit Valley Golf and Country Club in Mississauga, Ont.

Through their support of the NB Golf Fore the Cure event, ServiceMaster Restore will cover the winning team’s entry in to the national event, while also providing a subsidy to help limit the travel expenses of the winning team.

All teams that raise a minimum of $2,500 will also be entered in a draw to attend the national tournament as well, with all the expenses for the second team being covered by Golf Canada.

“It’s a great cause with great ladies participating so it’s going to be a day that no one is going to forget,” Pollock said.

This marks the 11th year ServiceMaster has served as title sponsor for the Golf Fore the Cure in New Brunswick.

Spokesman John Brown said the company is proud to be associated with such a positive golf event.

“The fit for our company is simply this – to give back to this worthwhile cause that affects our families that we serve as those affected by this cancer curse,” said Brown, who is vice-president of ServiceMaster Restore and ServiceMaster Clean of Fredericton.

The company represents all the ServiceMaster Restore franchises, which are owned by Troy Adams in Moncton, Chris Long in Saint John, Nick Mann in Campbellton/Miramichi as well as John, his son Chris Brown and Bob Sweeney in Fredericton.

“The ladies involved as players and organizers work tirelessly towards putting on a first-class event,” Brown said. “All funds support New Brunswick residents all funds stay in the province.

“We,” he added, “have pledged to work with the Golf Fore the Cure as long as they will have us. We feel it would be an injustice if we did not contribute given the effort put forward by them.”