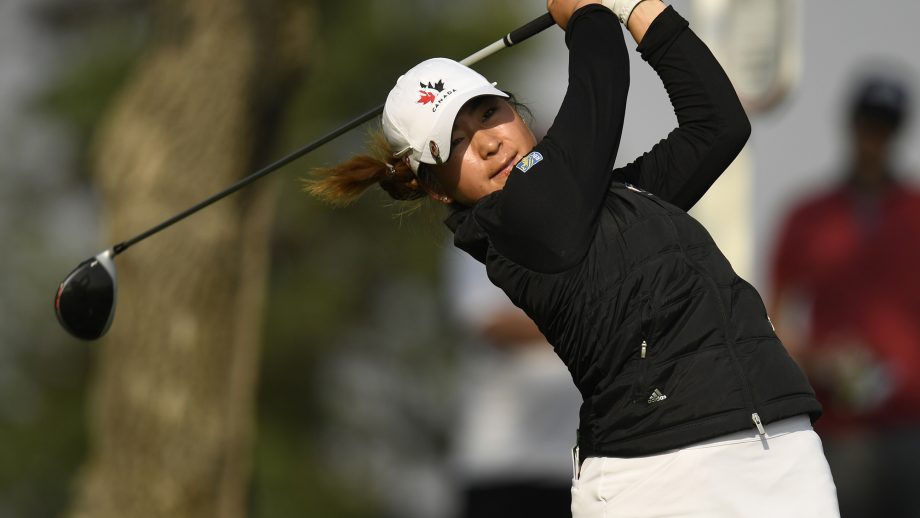 When Naomi Ko first took up the sport of golf, the goal was simple: to score a golf scholarship to a U.S. College. Over the years, that goal has evolved for the talented golfer from Victoria, British Columbia.

Having recently graduated from North Carolina State University on a full golf scholarship, the 21-year-old has fulfilled that childhood goal; and is now focusing on new challenges and an exciting journey ahead.

Looking back, Ko is amazed at how far she’s come since her mom, Adriana, introduced her to the sport at the age of 11.

“I actually played soccer when I was younger; but my mom got me into golf…She heard from a friend that you could get a scholarship playing golf and introduced me to the game,” she recalled.

Ko says her older sister and younger brother were also introduced to golf but she was the only one who found her passion in the sport.

She remembers her first time playing on the golf course was quite the learning experience.

“When I started, I was hitting at the range for the first seven or eight months. And the first time I went out on the course it was with some older girls and I wasn’t prepared at all,” she reminisced fondly.

“I brought golf balls from the range as opposed to normal golf balls. That was a lesson learned there,” she said with a laugh.

Ko first realized she had a special talent for golf in her early teens after scoring full status on the AJGA Tour.

“I think I was 13 or 14 years old and I played in an AJGA tournament which I won.  And it gave me full status on the AJGA Tour – which was a big deal at the time.”

The now 21-year-old says her seven years on the National Team Program has been instrumental in taking her game to that next level.

“We have support in all aspects of the game both on and off the golf course,” said Ko, the 2016 Canadian Junior Girls Champ.

“Being part of the program has given me the opportunity to travel and compete in some of the biggest junior and amateur tournaments around the world,” she added.

“Playing in those big tournaments is a reminder that there’s always someone better than you; and it’s also a reminder of the importance of working hard and improving and getting better each day.”

Tristan Mullally, the head coach of the Canadian Women’s National Team, speaks about the keys to Ko’s success.

“Naomi is strong off the tee and is a streaky putter when she gets it going,” said Mullally.

“Naomi is low key and just goes about her business…She’s also someone who is very dedicated and has work really hard and she’s made improvements every year,” he continued.

“She’s had some great results winning the Canadian junior girls title in 2016 and had some strong results playing in the NCAA.”

Ko says playing in the NCAA was important to her overall development.

“Having to balance school and playing golf definitely taught me the importance of time management, being organized, and working as a team,” Ko pointed out.

“Overall, it was a really a good experience but I feel now that I’m ready to take the next step in my golf career.”

Having achieved a degree is sports management, Ko now has her sights set on the next big challenge – making it on the LPGA Tour.

Although she’s been dealing with a shoulder injury, Ko was able to win her sectional qualifier in Oregon last month and scored a spot for the U.S. Women’s Open.

Despite the fact that she wasn’t able to play her best golf at the LPGA major because of her shoulder injury, the recent NC State University graduate certainly learned a lot from the experience of being on the course with the best in the game.

And while the journey towards achieving status on the LPGA Tour promises to be an exciting one, Ko is grateful to have met and exceeded her original goals on the golf course.

With that said, the 21-year-old was asked what her advice would be for those aspiring young golfers eager to play the sport at a similar high level one day.

“There may be times where you don’t feel like you’re making progress.  But you will see the results come if you put in hours. So be patient and keep working hard,” Ko replied thoughtfully.

“Also, make sure that you learn from the ups and down and try to enjoy every moment of the journey.”