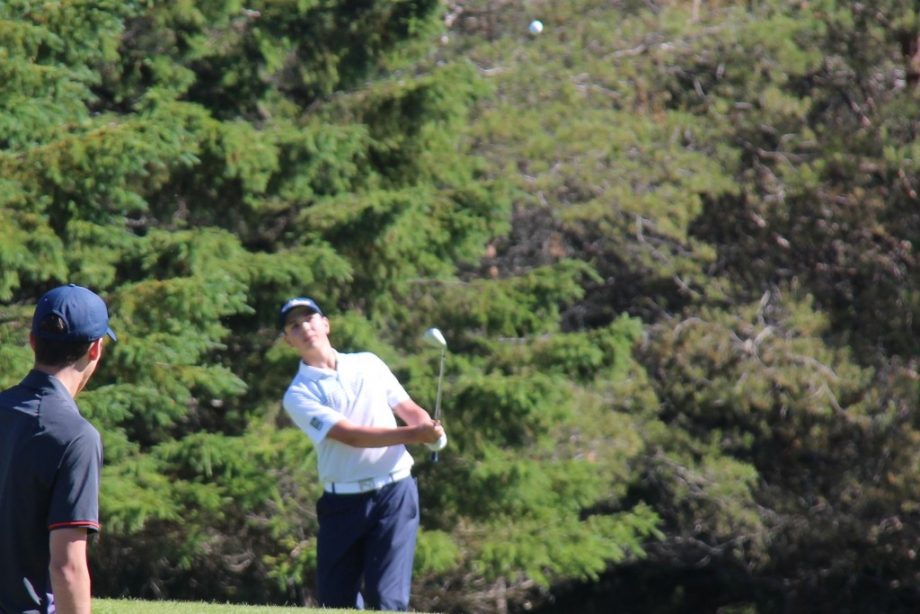 A beautiful day kicked off the 20th annual East Coast Junior Championship which for the first time in tournament history will not be played at Golf Bouctouche. The 2018 event will showcase the 2019 venue for the Canadian Junior Boys National Championships at Covered Bridge Golf & Country Club in Hartland, NB. In total 68 of Atlantic Canada’s best junior aged golfers, over four categories, will challenge the 25 year old par 72 championship course.

Nova Scotia’s Owen Mullen leads the Junior Boys Division following Round 1 after firing a 2-under 70. Owen started off on the back nine where he bogeyed the par-4 11th then making up for it by birdying the par-3 13th and par-4 14th, Owen would then finish the front nine with a 1-under 35. In a two way tie for second place in the Junior Boys division, three shots off the lead is Maxime Gaudet of Fox Creek and Andrew MacDonald of JH Sports. The pair both record one-over 73’s after running into some bogey trouble on the back nine.

In the Junior Girls division it is a tie for first place between Sarah Cumby of Ken-Wo Country Club and Camile Lapierre-Ouellet of Cèdres (Club de golf Les). The two share a six shot lead after Round 1 as they were both able to record 1-under 71 performances. Despite an early birdie, Camile had an up and down round battling back from difficult holes to record an even par 36 on the front and a 1-under 35 on the back. Sarah’s round was a little more standard as she carded birdies on par-4 8th and the par-5 12th while also bogeying the par-4 11th to finish with a 1-under 35 on the front nine and an even par 36 on the back.

In third and fourth position in the Junior Girls Division are the Haley and Abbey Baker of Ashburn Golf Club. Haley holds a one shot lead over her sister for solo third after she recorded a 5-over 77 round and her sister Abbey finished with a 6-over 78.

In the Bantam Boys division it is Ashburn Golf Club’s Jordie Cooper who has a five shot lead over Kingswood’s Michael Yang after he recorded an even par round of 72.  Cooper would complete the back nine with bogeys on holes 11,13, and 15 before getting two shots back after birdying  the par-5 12th and the par-5 18th. Moving onto the front nine, Cooper would continue to build off of his momentum on 18 by birdying 4,6 and 9 to record a 1-under 35 on the front and a 1-over 37 on the back.

In second place is Kingswood’s Michael Yang who fired a 5-over 77 during Round 1. Yang would begin with some difficulties on the back side as he started by bogeying his first 3 holes recording a 4-over 40 back nine however then turning it around with a 1-over 37 performance on the front.

In the Pee Wee Boys division, Ben Nicholson of the Fredericton Golf Club is in first place after shooting a 15-over 87 and holds a three shot lead over club mate Brady Wood who recorded an 18-over 90.  The pair would combine for 1 birdie, 12 pars, 11 bogeys and 10 others on the day as Brady will look to make up ground on Ben during Wednesday’s second and final round.

The second and final round of the 2018 Covered Bridge East Coast Junior Championship will get under way at 8:00am on Wednesday June 27th off of both the 1st and 10th tees.

Golf New Brunswick (Golf NB), a not for profit organisation founded in 1934, is the official governing body for amateur golf in New Brunswick.  In January of 2006, the New Brunswick Golf Association (NBGA) officially merged with the New Brunswick Ladies Golf Association (NBLGA), resulting in one united governing body for amateur golf in the province.  Programs offered by Golf NB to its 10,000 members include: 12 provincial events, rules of golf education, course rating and handicap services, junior golf development programs and member club marketing initiatives.