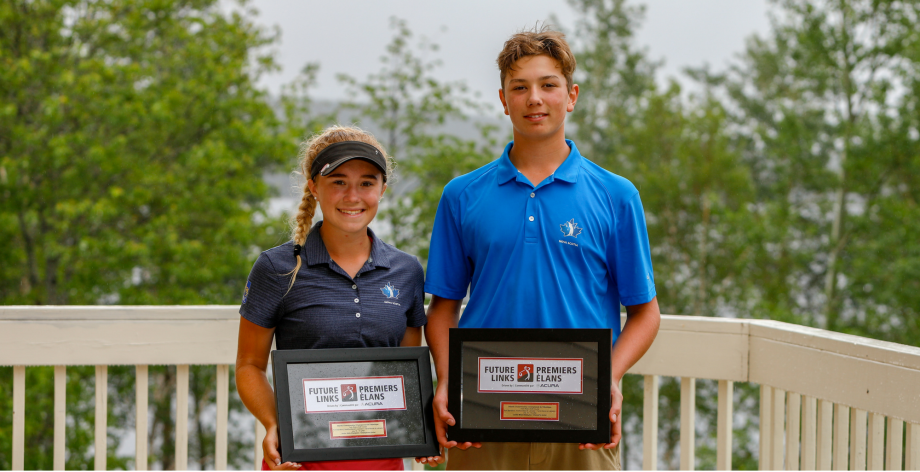 Mullen, who started the day co-leading with Peter Blazevic, shot a 1-over-par 72 — the low round of the day — to earn his victory in the Boys Division. The Truro, N.S., talent had a slow start with three consecutive bogeys but rebounded with an impressive eagle on the 9th hole, followed by three birdies on the back-nine to earn a two-stroke victory.

“I’m really excited. It’s my second win of the year. I haven’t been playing my best lately so it was good to close this one out and get the win. It’ll be my first nationals and going to Medicine Hat should be a good time looking to play well and hoping to make the cut.”

“It’s my second win of the year. I haven’t been playing my best lately so it was good to close this one out and get the win,” said the 14-year-old, who is heading to the Canadian Junior Boys Championship in near the end of the month. “The tournament will be my first nationals. I’m just looking to play well there and am hoping to make the cut.”

Blazevic, Mullen’s second round co-lead, finished close behind in second after carding a 3 over. The 14-year-old from Mississauga, Ont., struggled throughout the round but ended strong with back-to-back birdies on the 15th and 16th holes. He finished at 6-over-par 221.

Finishing in third place was Ewan Jr. Kelly from Beaver Bank, N.S., at 11-over-par 224. The 17-year-old fired a tournament-low 70 on Tuesday to lead after the first round but fell to third place after carding 78-76.

In the Girls Division, Haley Baker and Raesa Sheikh fired final rounds of 11 over and 7 over, respectively, to finish the round at 17-over-par 230 and enter into a playoff for first. Baker outlasted Sheikh and won the playoff by one stroke on hole number one.

“I think it’s a pretty big win for me. It was probably one of the better tournaments I played in score wise but it was pretty nerve-wracking,” said Baker, who played alongside her younger sister in the final round. “My sister was really supportive of me because she saw I was struggling. She just told me to stay with it, so that was very helpful.”

Four shots back from Baker and Sheikh was Haley’s younger sister, Abbey Baker. The 13-year-old finished in third at 21-over-234.