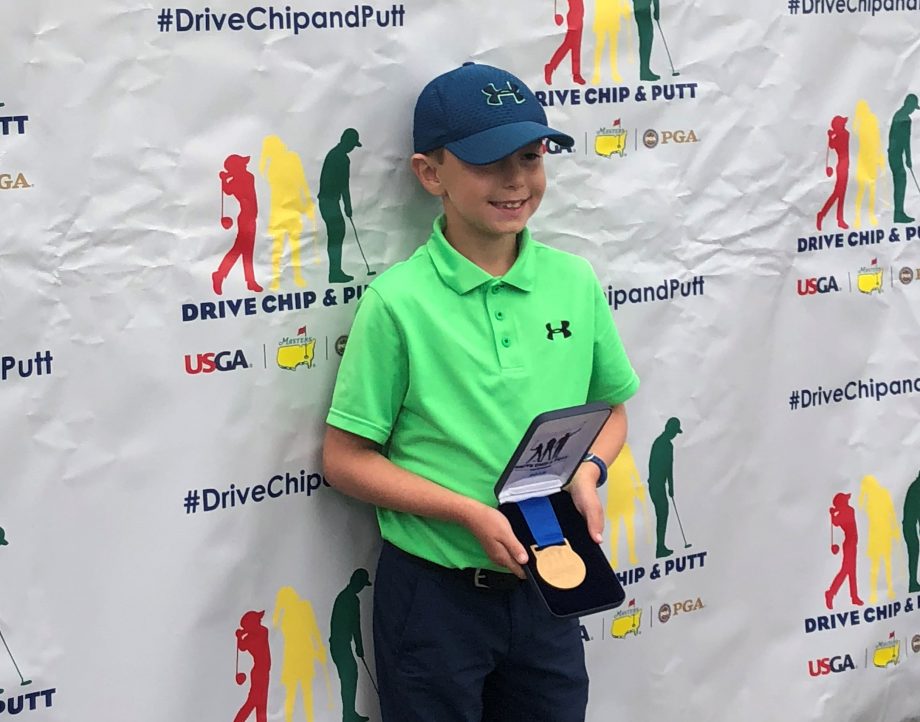 Lavigne was just five years-old, but his golf knowledge and etiquette belied his youth and his skills also caught the eye of Robichaud, who is also the club’s director of golf.

“For such a young player, he handled himself well and he certainly knew his way around the course,” Robichaud said.

The Grade 4 student has qualified to compete in the Drive, Chip and Putt championships on April 7 at the venerable Augusta National Golf Club, the Sunday before the Masters Tournament.

More than 17,000 youngsters tried to earn their way to Augusta from 226 qualifying competitions, but only 80 players advanced to the finals. Lavigne is just one of four Canadians who will be competing and attending a banquet with the Masters participants. The event will be televised by The Golf Channel.

“I am really excited and proud that I was able to get this far,” Carter said. “I remember my first golf experience was when I was two and I played the mini-putt course at Crystal Palace. I was scared and I couldn’t play the hole with pirates on it.

He also plays year-round, under the watchful eye of Robichaud. He has one formal training session on the Trackman simulators each week and usually pops into the Moncton Golf and Country Club a couple of other times for other practice sessions.

Carter, who was born in Bathurst, also plays competitive hockey and baseball, but golf remains his passion.

“I know that I am young, but I want to be a golf pro someday. That’s my dream.”

Robichaud said Carter should enjoy the experience and not put too much pressure on himself.

“He’s still a kid and we should never forget that,” Robichaud said. “We want him to have fun – no matter how it goes. I’m sure he will do very well, but it has to be fun. That’s the main thing, especially at this age.”

Darsey said Carter has always kept the game in perspective.

“He’s always been a very good player and he’s always had a good time on the golf course,” Darsey said. “That’s where he always wants to be. He could play golf every day if it was possible,”

There were no qualifying events in the Maritimes so Carter’s first foray in the Drive, Putt and Chip competition came last June, when he topped of field of 18 players in Freeport. Me.

From there, he placed second at a competition near Boston before he won the Northeast event at Winged Foot in New York in order to qualify for Augusta.