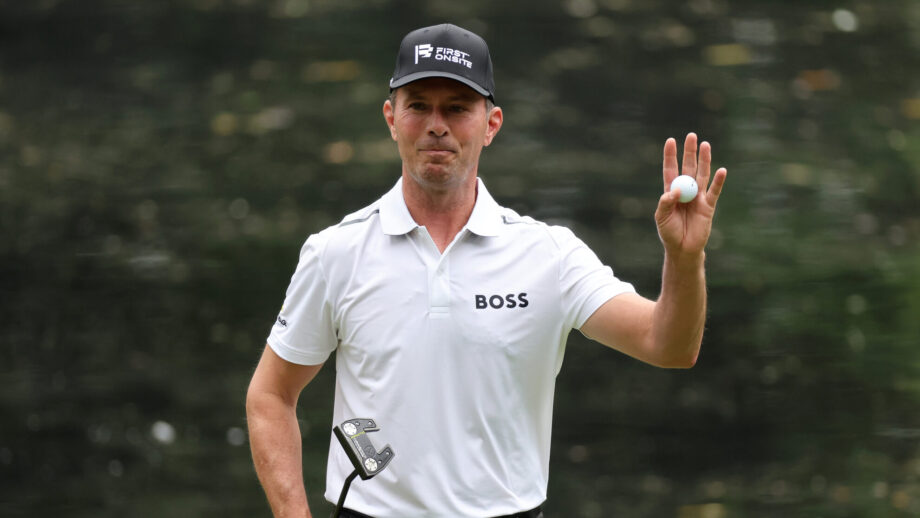 AUGUSTA, GEORGIA - APRIL 06: Mike Weir of Canada looks on during the Par Three Contest prior to the Masters at Augusta National Golf Club on April 06, 2022 in Augusta, Georgia. (Photo by Gregory Shamus/Getty Images)
Golf New Brunswick

ENDICOTT, N.Y. – Mike Weir had reason to celebrate on Sunday. Competing in the Dicks Sporting Goods Open, the 52-year old made a pair of birdies down the stretch to finish T2 for his best result on the PGA TOUR Champions this season.

Harrington closed with a 5-under 67 at En-Joie Golf Club for a three-stroke victory over Mike Weir and Thongchai Jaidee.

“Unusual for me, no drama, no real drama,” Harrington said. “Normally, I create something coming home. … Got the right breaks at the right time, holed the right putts and played nicely.”

The 50-year-old Irishman won the U.S. Senior Open in late June at Saucon Valley. He also has four runner-up finishes and a tie for third in 11 starts this year.

“It’s fun. You’re just thinking birdie, you’re just thinking middle of the fairway, get me in the fairway because my iron game is good and the putter’s finally starting to heat up for the first time this year,” said Weir, following Saturday’s second round. “I was kind of champing at the bit for more holes.”

The Canadian scrambled out the gates on Sunday, bogeying two of his opening four holes but regained his rhythm with a birdie on No. 8 to move back to even par on the day.

After another dropped shot on No.10, the lefty responded with birdies on No. 12 and No. 16 – with the help of a tree, no less – to establish himself in a tie for 2nd place.