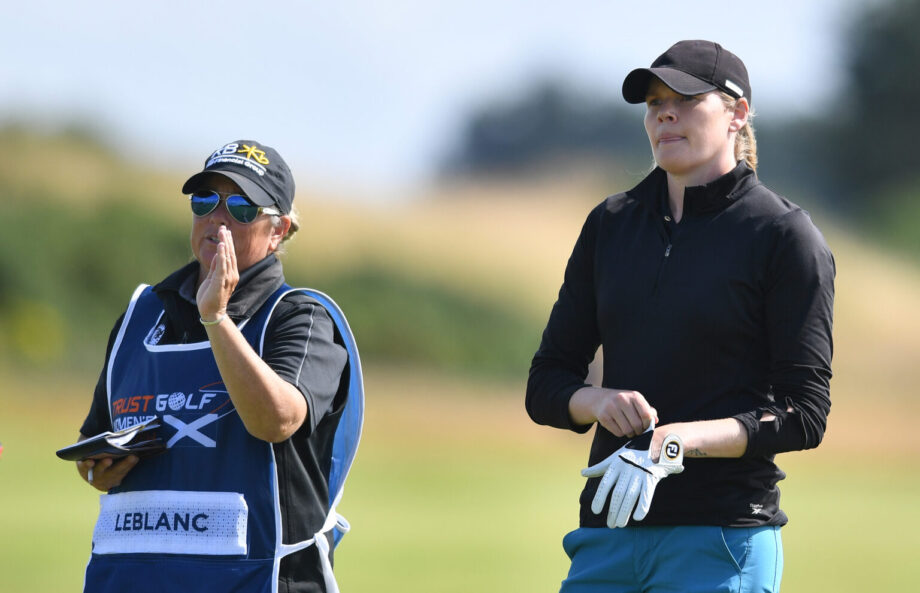 IRVINE, Scotland – Canada’s Maude-Aimee Leblanc started and finished with birdies for a 66 on Saturday, which lifted her to a tie for third place after Day 3 of the Women’s Scottish Open.

Leblanc, a 33-year-old from Sherbrooke, Que., is tied with Germany’s Leonie Harm on 14 under, one shot off the lead.

Lydia Ko was joined by Celine Boutier at the top of the leaderboard.

France’s Boutier shot a 5-under-par 67 – five birdies on the front nine – to make up four shots on the New Zealander, who could manage only a 1-under 71.

“I really like links golf and playing in windy conditions. I feel like my ball flight is pretty low and so I never really have trouble keeping it down which is an advantage here because the ball doesn’t get affected as much,” Boutier said. “And I had some good memories of playing well in the past so that’s always helpful.”

“My irons were not as sharp so I don’t think I set myself up for as many easier kind of 15 feet and birdie opportunities,” she said. ”I know it wasn’t the best golf I’ve played, but I was able to scramble around. I don’t think it was as bad as I think, and I think because I had two really low rounds it makes me compare more to the past couple days.“

Eun-Hee Ji of South Korea (70) and Lilia Vu of the United States (71) were two off the lead going into the last round.

No. 1-ranked Jin Young Ko was at 1 under overall, and defending champion Ryann O’Toole at 4 under.