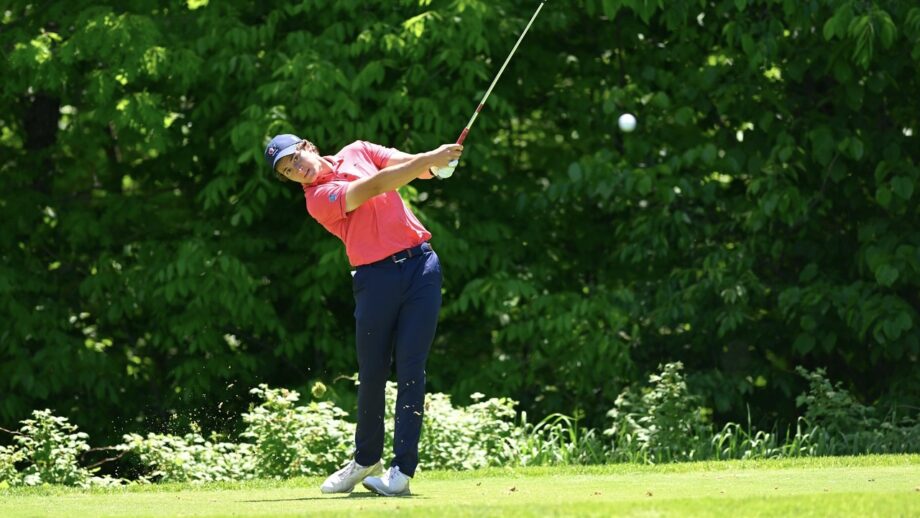 PORT SEVERN, Ont. – There wasn’t much for Ben MacLean and Alessandra Nagayo to worry about on Saturday at Oak Bay Golf Club in Port Severn, Ont.

MacLean (Niagara Falls, Ont.) led wire-to-wire and Nagayo (Toronto, Ont.) made a final round comeback to capture the titles in their respective divisions at the NextGen Ontario Championship, fueled by JOURNIE Rewards.

MacLean carded rounds of 69, 69 and 70 for an 11-stroke victory for his second championship in as many weeks, after bringing home the 2022 Ontario Junior Spring Classic (U19) Boys Championship last week.

“I made a huge jump in my game last year and I took most of the stuff I did last year and added to that,” said MacLean on his recent success. “[I’m] finding better shots off the tee and hitting my shots a lot better than I was last year which has been pretty helpful, and I’m trusting everything more.”

Next for the 17-year-old is the RBC Canadian Open Final Qualifier on June 6 at Oakdale Golf & Country Club, an event MacLean says he’s confident he can qualify for.

Nagayo’s week wasn’t as straight forward, but the result was no different. Entering Saturday’s round five strokes back, the 18-year-old carded a final round 71 to win the Junior Girls division by five strokes.

Swetha Sathish, who held the 36-hole lead in the Junior Girls division wasn’t able to get it done down the stretch, but her confidence remains intact.

“I see myself probably winning a couple provincial championships, maybe even a national championship, and definitely getting into a good university in the future and [eventually] going professional.”

Including Nagayo, the top eight players in the Junior Girls division have earned exemptions into the 2022 Canadian Junior Girls Championship taking place July 25-29 at The Marshes Golf Club in Ottawa, Ont.