Leslie Dunning: Golf is a game for everyone 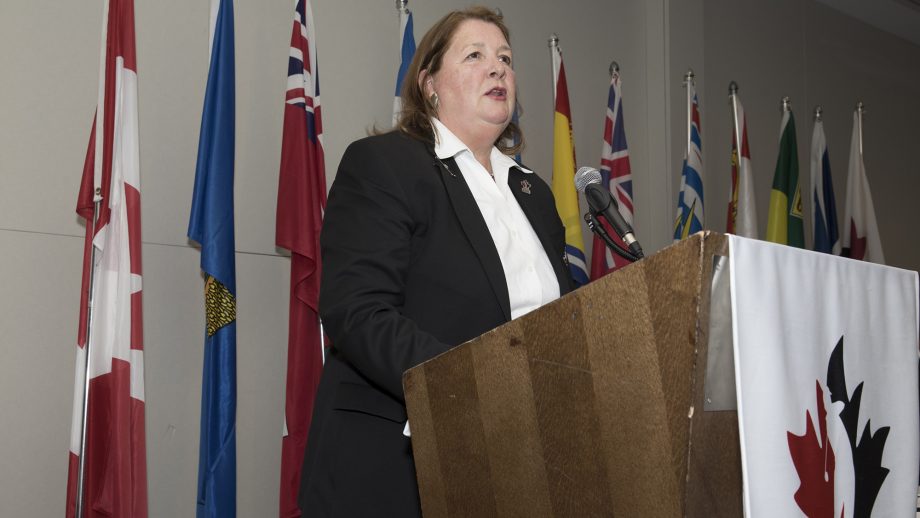 If ever there was a right person at the right time, it must be Leslie Dunning.

Dunning, Golf Canada’s new president, couldn’t have constructed a more appropriate resume for the position if she had started with it in mind all her life.

She was introduced to the game by a forward-thinking teacher at her high school in Mississauga, Ont., who wanted to provide her students with skills they could use throughout life. Unlike team sports, golf could be enjoyed as an individual.

“That gave me confidence,” she recalled during a conversation following her ascendance to the presidency in February. “I don’t think I would have ever stepped on a golf course if I hadn’t had that early exposure to the game.”

Based on her experience, Dunning understandably is a strong proponent of Golf Canada’s Future Links and Golf in Schools program. “I would like to see a [Golf in Schools] kit in every school in the country and that every golf course is connected to at least one school.”

After moving to Calgary with her husband Neill in 1991, she became involved in the junior program at Earl Grey Golf Club where they are members.

Dunning holds a Bachelor of Science degree from the University of Waterloo and an MBA from Queen’s University. She is a chartered professional accountant and certified management accountant. She was selected to the Governor-General’s Canadian Leadership Conference, was Canada’s representative on the World Health Organization’s study to the Navaho Reserve, and was named an honoured alumna by the University of Waterloo.

Dunning first volunteered with the Canadian Red Cross as a high-school student. That continued as she moved on to the University of Waterloo. After graduation, she joined the international humanitarian organization full-time, serving more than 36 years in various senior positions. When she retired in 2014, she was Director General, Violence and Abuse Prevention, for Canada.

Her involvement at Earl Grey led to positions on the club captain’s committee and subsequently various roles as a volunteer with Alberta Golf, including serving as president in 2007 and 2008. It was during 2008 that she was asked to assist in Golf Canada’s governance reform efforts. The following year, she was elected to Golf Canada’s Board of Directors as the first Provincial Council Chair. Since then, she has served on and chaired many of the national association’s committees.

Since achieving her national Rules of Golf certification, she has officiated at numerous local, provincial and national events.

While with the Canadian Red Cross, Dunning championed significant initiatives such as Indigenous engagement and cross-cultural training. That experience stood her in good stead as she was selected to lead a Golf Canada working group to develop the association’s new Equity, Diversity and Inclusion Policy.

“There is tremendous diversity among golfers and there are numerous diverse groups that have organized themselves to play golf,” she said in her speech to the Golf Canada annual general meeting in Calgary.  “We want to engage with these groups, learn what they are doing, how we might support them and what we might do together. As we identify these groups, we will reach out to build relationships with them, helping us to understand their needs and interests.  It is our aim to create greater relevancy to more golfers and ensure welcoming environments for all.”

This outreach is not just to golfers, prospective Golf Canada members who want to play the game, Dunning said in our interview, but to welcome those who would like to get involved as volunteers, officials, on provincial and national committees and Boards, etc.

“Two of our Board’s main objectives are to make sure that Golf Canada is relevant and sustainable. Inclusion will help to ensure that programs and services are relevant to all golfers and financial health will help to ensure sustainability for the future.  We understand that our focus on priorities such as diversity and inclusion isn’t just like flicking a light switch. It’s a real cultural shift. And we are committed to that purpose.”

When we spoke, Dunning was in Florida getting ready to head to a meeting. When asked if that meeting was on the first tee at a nearby golf course, she chuckled. “No, it’s not.”

Actually, she was heading out to tour a golf development centre and then attending the annual meeting of the United States Golf Association.

“You’re the president for only one year so I am trying to make sure that every day I’m doing something to grow the game of golf in Canada. That’s my mantra.”