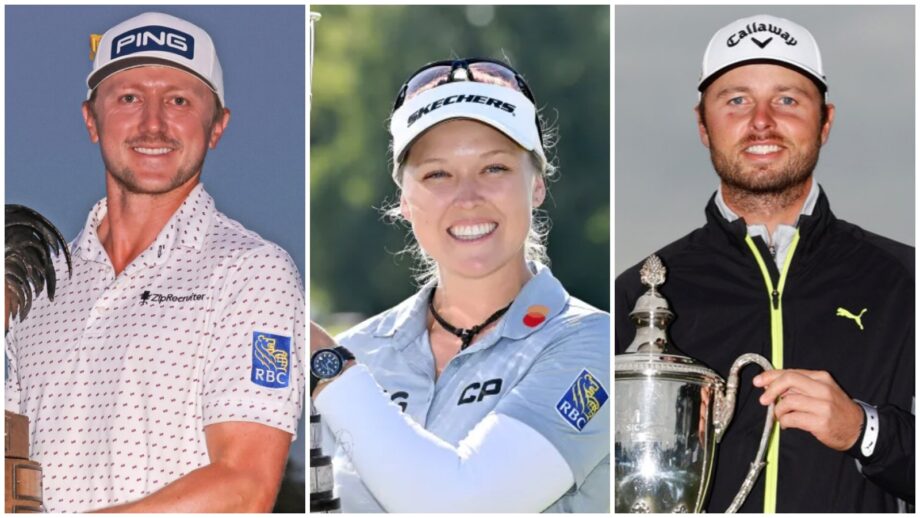 There’s an argument to be made that 2022 was the most successful year in Canadian golf.

Brooke Henderson, Mackenzie Hughes, and Adam Svensson’s combined four wins between the LPGA and PGA Tours were highlights of the season. But the achievements of Canadian golfers were not limited to those victories.

Corey Conners and Taylor Pendrith became the first two Canadians to compete in the Presidents Cup at the same time, Mike Weir was named the first-ever Canadian captain of the International team for the 2024 Presidents Cup at Royal Montreal Golf Club, and the RBC Canadian Open and CP Women’s Open both returned after a three-year hiatus due to the COVID-19 pandemic.

“It’s only getting better and that’s been shown on the golf course and it continues to show,” said Hughes, who won the Sanderson Farms Championship on Oct. 2 for the second PGA Tour title of his career. “It’s very exciting to be part of that winning group this year and to add to that total.

“I think that in the years to come you’re going to see those records continue to fall. I wouldn’t be surprised to see us eclipse that total, once again, in 2023.”

Henderson won the 11th and 12th tournaments of her career, adding to her all-time Canadian record. She was victorious at the ShopRite LPGA Classic on June 12 and then won her second career major at the Evian Championship on July 24.

Despite playing through the season-ending CME Group Tour Championship with an injured back, Henderson was still in contention to win the LPGA Tour’s player of the year in the tournament’s final round. Although Henderson tied for seventh at that tournament and New Zealand’s Lydia Ko won the annual award, it was still impressive finish to an exceptional year for the Canadian.

“I just love being in contention and being near the top of the leaderboards on the weekend. Hopefully, I can do more of that in 2023,” said Henderson, who won two tournaments each LPGA Tour season in 2016, 2017, 2018, and 2019. After the circuit lost its 2020 season Henderson won once in 2021 and was eager to start a new streak of multi-win years.

“Hopefully, I can do more of that in 2023. I really wanted to get off to a hot start (in 2022) and try to get more top 10s and be in better positions on the weekends, especially coming off a year where I won one.”

The same day Henderson was finishing out her season, Svensson won on the PGA Tour for the first time of his career with a two-stroke victory at the RSM Classic.

On Sept. 22, Conners and Pendrith made their Presidents Cup debuts. The two best friends were the first Canadian duo to play in a Presidents Cup at the same time, with Hughes and Adam Hadwin also considered to make the International team at the best-on-best tournament at Quail Hollow Golf Club in Charlotte, N.C.

The next Presidents Cup will have even more of a maple flavour as Royal Montreal Golf Club hosts the 2024 edition and Weir serves as the International team’s captain. The Canadian Golf Hall of Famer joked that after his was introduced as the team captain at Bell Centre on Nov. 30 his phone was blowing up with messages from Canada’s PGA Tour players eager to make the team.

“We have a huge country land-wise to try to bring everybody together as best we can and make sure that they feel like this is part of our golf legacy,” said Weir after closing the Toronto Stock Exchange on Dec. 1. “We want people coming from Vancouver, Calgary, Edmonton, from the East Coast, Halifax.

“I’m hoping they want to come and see the best players in the world compete.”

Top-flight professional golf made its return to Canada in 2022 after the COVID-19 pandemic put the RBC Canadian Open and CP Women’s Open on hiatus for two years.

The CP Women’s Open drew over 70,000 fans to Ottawa Hunt and Golf Club, earning Tournament of the Year honours from the Tournament Partners of the LPGA. Tourism Ottawa said that the event had an expected economic impact of $13.4 million as the National Capital Region’s hospitality sector tried to recover from the COVID-19 pandemic and anti-government protests that gridlocked Ottawa in February.

Mona Fortier, president of the Treasury Board and member of Parliament for Ottawa-Vanier, said the investment will help the tournaments stimulate local economies.

The men’s championship is typically held in the Greater Toronto Area and will be at Oakdale Golf & Country Club in 2023, while the women’s event travels across Canada, with next year’s tournament scheduled for Vancouver’s Shaughnessy Golf & Country Club.

Garrett Ball, Golf Canada’s chief operating officer, said in September that the organization was approached by the federal development agency about the investment in 2021. He said that the money will go, in part, a new double-decker hospitality suite as well as the development of new mobile phone apps for spectators at the two events.

“Simply put these are innovative assets, that will benefit the championships for the foreseeable future,” said Ball. “In fact, at the RBC Canadian Open in June, these assets were major factors in the announcement of record sales, record crowds, and record media impressions.”