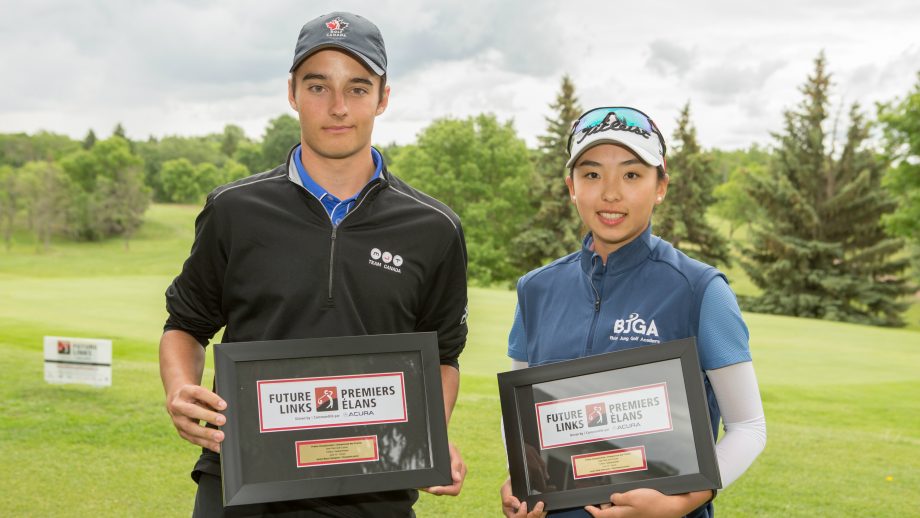 Yang, from Langley, B.C., moved into the lead during the second-round and topped the field by seven strokes at 11-over par 227. Birdies were at a premium throughout the tournament in the girls division, but Yang’s two back-nine birdies on Sunday helped her secure the victory.

“I think I played not bad overall this week,” said Yang. “Today my game was struggling on the front nine and I couldn’t make some birdies when I had a chance. On the back nine I was pushing myself. On 13 my shots started coming back and on No. 15 I made a 15-foot birdie putt which helped me get more confidence and momentum.”

Sherri Yang finished in second at 18-over. The Richmond, B.C. product held the lead following the first-round, but was unable to withstand the charge from Hyeji Yang. She finished a stroke ahead of Calgary native Brooke Frerichs, who put in three consistent rounds to end up 19-over.

Autumn Neiszner of Regina and Kaitlyn Wingnean of Edmonton round out the top-five earning exemptions to the 2019 Canadian Junior Girls Championship from July 29-August 2 at Lethbridge Country Club in Lethbridge, Alta.

In the boys division, Josh Nagy cemented himself atop the leaderboard with a tremendous final round. The Saskatoon native made a double bogey on the par-4 second hole, but went on to make eight birdies to finish the day at 6-under par 66 and 3-under par 213 for the tournament.

Ranked No. 2 on Golf Saskatchewan’s Order of Merit, Nagy shot only the second under-par round of the tournament. The other round belonged to Calgary’s Richard Dou, who carded a 2-under 70 during the opening round.

“It’s an honour,” said Nagy. “I came in playing alright, and it was really nice to be able to turn the week around in the last round. I had a little hiccup on No. 2, and then I was able to bear down on the greens.”

An even-par final round from Neel Soni secured T3 for the Winnipeg product, tied with fellow Winnipegger Jacob Armstrong at 6-over.

Dou rounded out the top-five at 7-over.

Each of the top five finishers received an exemption into the 2019 Canadian Junior Boys Championship from August 11-15 at Covered Bridge Golf & Country Club in Hartland, N.B.