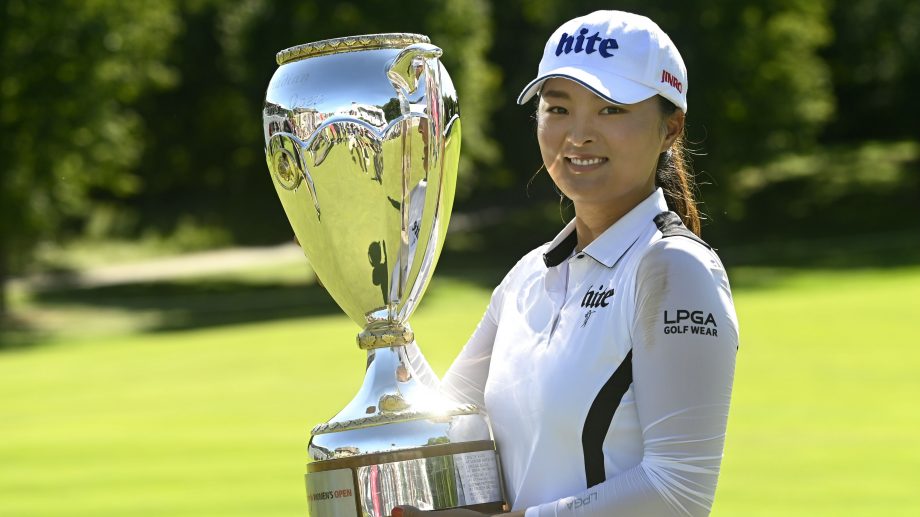 Ko, who shot an 8-under-par 64 Sunday at Magna Golf Club, has now gone 106 holes without a bogey. She beat Nicole Broch Larsen, whose runner-up was her best career LPGA Tour finish, by five shots.

Lizette Salas and Brooke Henderson tied for third at 19-under.

“It was (an) incredible crowd out here, and then lots of fans here and Koreans, too,” said Ko of the final round, where she was grouped with Broch Larsen and Henderson.

Ko has won two majors already this year – the ANA Inspiration and the Evian Championship – along with the Bank of Hope Founders Cup. She leads the Rolex Rankings as the world’s No.1-ranked golfer, as well as the season-long Race to CME Globe.

Ko started to pull away on the back nine, where she made six birdies.

Ko also has a Canadian connection, as she uses PGA of Canada professional Gareth Raflewski has her short-game coach. Ko said Raflewski helped her totally revamp her short game after spending two weeks together in Florida earlier this year.

“I changed everything about my short game, like (my) setup or clubs or mind, everything. And then he help me a lot on the course or off the course, too,” said Ko. “So, I want to say to thank you.”

Ko revealed she was debating staying in South Korea this week versus travelling to play the CP Women’s Open, but a tasty Canadian treat helped change her mind.

“I like Canada and I like ice cappuccino. That’s why I wanted to play this week,” she said with a laugh.

Henderson and Ko walked with their arms around each other as they walked up the 18th hole at Magna. Henderson admitted she knew as the round went on there was a point when she wouldn’t be able to catch Ko.

“She’s world No.1 for a reason,” said Henderson. “She’s had an unreal season. I don’t even know, is it four wins now? Four wins on one of the toughest tours there is. There is so much talent out here. To get one win is hard; to get four is really cool.”

The LPGA Tour heads to Portland for the Cambia Portland Classic next week – a tournament Henderson has won twice.

Shaughnessy Golf and Country Club in Vancouver will play host to the 2020 CP Women’s Open.

Although Brooke Henderson was unable to defend her CP Women’s Open title, it was still a fantastic week for her. A tie for third earned Henderson the Sandra Post Medal as Low Canadian.

Earlier this year, Henderson topped Post herself as the winningest Canadian golfer of all time on the LPGA Tour.

“I feel like I’m getting better every year on the LPGA Tour, which is a great feeling. I feel like if I can just continue to make small improvements good things can happen in the future,” said Henderson as she looked ahead to what’s to come. “It’s exciting knowing that I can compete against the best in the world every single week and have chances to win championships.”

Henderson, who has won twice ready this year, called this week at Magna Golf Club “incredible.” The tournament enjoyed record walk-up and corporate hospitality sales and was the second-most attended CP Women’s Open in history.

“The fans, the crowds, so good. Record-breaking really. So that’s really special,” Henderson said. “I feel like I made a lot of birdies and hopefully made it pretty exciting for them. T3, I couldn’t really ask for anything more. It would’ve been very difficult to catch Jin Young today.”

Henderson said, from start to finish, she had a great week and enjoyed being a proud CP ambassador and CP Women’s Open defending champion.

“I feel like I handled it really well,” said Henderson of the extra responsibilities this week. “There were a lot of extra things I had to do, but overall it was really fun. Just to be able to play well in front of all these people, and, you know hopefully, make their weekend a little bit better, that’s all I really want.”

Now Henderson looks ahead to Vancouver in 2020, with a fire already burning to return to the winner’s circle.

“I’m really excited to play Shaughnessy. I’ve never played it; only heard amazing things.” added Henderson. “I think it’ll be fun to get back out on the west coast. I tend to play pretty well out there, so that’s exciting. To finish I guess T12 in Ottawa, the win and then T3 this year, I feel like I’m trending in the right direction and hopefully I can get another top finish.”