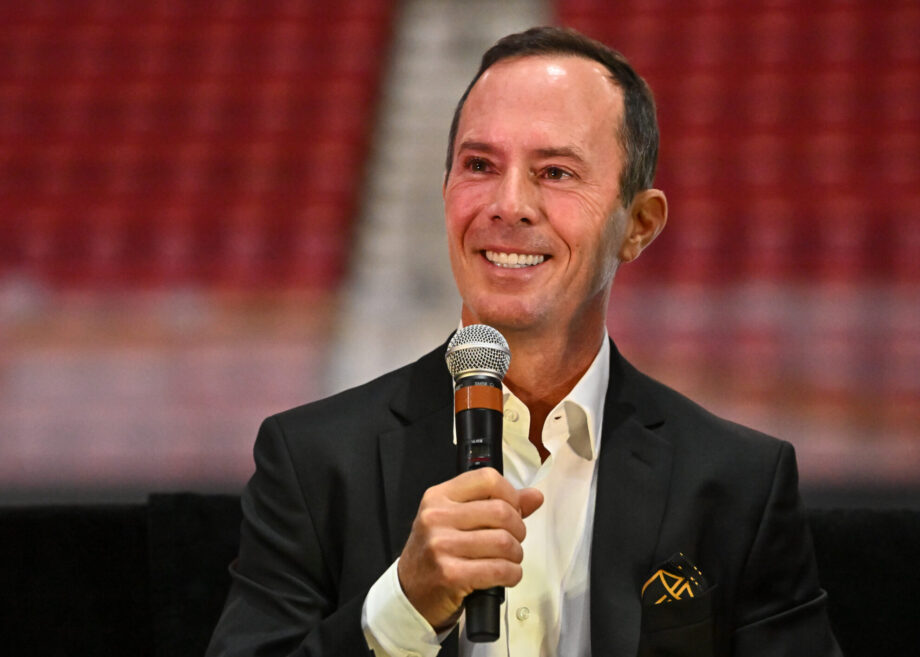 After first representing his country on the international stage at the turn of the century, Mike Weir is ready to captain the International squad on home soil.

After serving as an assistant the previous three Presidents Cups and representing the Internationals five times as a player, Weir has been tabbed to lead the perennial underdog team in 2024 at Royal Montreal Golf Club.

Few International golfers match the pedigree of Weir at the Presidents Cup, and even fewer are still actively involved in the bi-annual competition. And despite never being on the winning side of the team event, Weir always brought his consistent, steady play to the world stage.

The Sarnia, Ont. native never had a losing record in a single Presidents Cup appearance. Australian Steve Elkington is the only other International player with at least three team appearances that can make the same claim.

Further, Weir has the second-highest win percentage among International players with at least three appearances. His 58.33 per cent win percentage places him just above fellow major winner Louis Oosthuizen and behind Elkington.

Here is a look at how Weir journeyed from rookie to captain.

Weir was the only player from either team to win both his Friday matches, which meant he and Nick Price were the only Internationals to win a foursomes match all competition, besting Phil Mickelson and David Duval.

Weir would then hand Mickelson his second loss with a 4 & 3 win in Sunday singles. Weir ended the 2000 Presidents Cup with a 3-2-0 record and the highest point total for the Internationals.

In 2003, Weir picked up where he left off, recording another 3-2-0 record in his sophomore outing. Weir’s three points were instrumental in ensuring the Internationals tied with America, the only time Weir was not on the losing end of the team event.

Playing in four matches in 2005, Weir bookended the competition with a foursomes win with Trevor Immelman and a singles win over Scott Verplank. With the teams tied at 11 after Saturday, Weir was one of only four Internationals to record a win during Sunday singles play.

A captain’s selection when the Presidents Cup first came to Royal Montreal in 2007, Weir proved he could be more than just a lightning rod to get the crowd roaring.

Weir compiled a 3-1-1 record to lead the Internationals in points for the second time. And while the team outcome was a forgone conclusion come Sunday, Weir still put on a show for the crowd when going up against the number one player for the United States, Tiger Woods.

Weir fended off Woods in the early stages and built a 3-up lead after 10 holes. However, Woods stormed back to take a 1-up lead after 15. A birdie on 17 by Weir evened the match, sending the players to the 18th, a hole Woods had not played all week.

An errant drive hindered Woods, forcing him to attempt a greenside chip for par that fell short. Woods conceded the match to Weir, to the delight of the Montreal crowd.

“To have that kind of support being in your home country was fantastic,” Weir said at the time. “It was something I’ll never forget.”

Weir would finish his playing days at the Presidents Cup with a 2-2-1 record in 2009, winning both of his matches in fourball with Ernie Els.

After being away for a few years, Weir returned in 2017 as a captain’s assistant for Nick Price. He kept the same role in 2019 and 2022, mentoring Canadians like Adam Hadwin, Corey Conners and Taylor Pendrith.