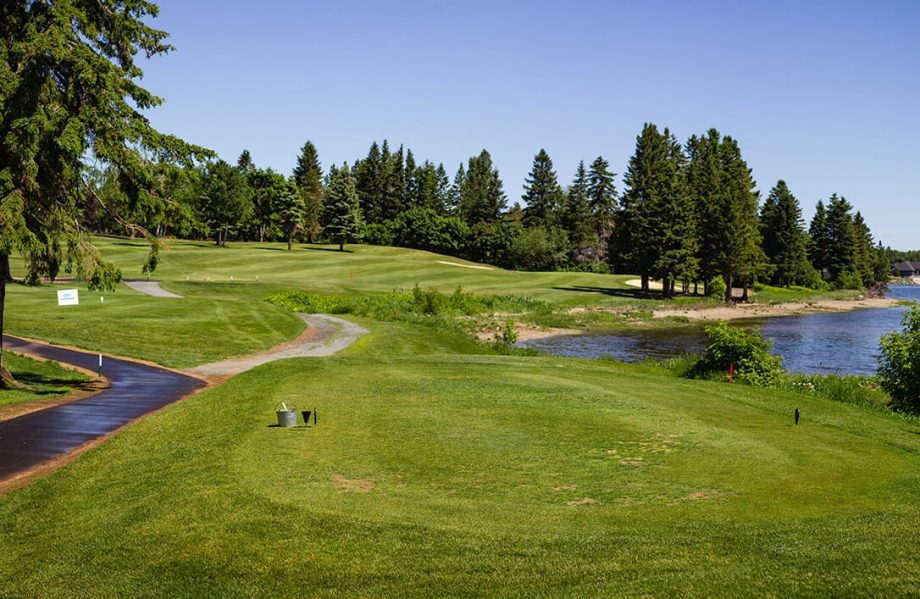 Nestled along the Bay of Chaleur, the C.E. Robinson Design, Par 72 layout is known for two of what are considered to be the toughest holes in Canada. The par four 13th hole plays a challenging 447-yards that requires an accurate tee shot, into a severely sloping fairway, before players can think about trying to attack the tiny, three-tiered green perched high on the hill.  The 13th is followed shortly after by the 243 yards, par 3, 17th which features a demanding tee shot that is partly over water and into a prevailing wind. With two holes on that can change the makeup of an event in an instant, players will be treated to a true test of Championship Golf, and one that will force 113 of the province’s most accomplished male competitors to maintain their focus on the Sunday’s back nine as they pursue the NB Men’s Amateur & Mid-Amateur titles.

Highlighting the field of the 91st playing of the NB Men’s Amateur Championship. Presented by Four Rivers Brewing Co. is two time, and defending NB Men’s Amateur & Mid-Amateur Champion, Alex Palmer of The Riverside Country Club (2018 & 2020), while a pair of past champions in the Fredericton Golf Club’s Michel Landry (2002, 2016 & 2019) and Darren Roach (2010 & 2017) of Riverside look to stand in the way of Palmer’s repeat bid. Joining Landy & Roach in the chase pack will be 2020 NB Under 19 Boys Champion, Daniel Kirby of JH Sports & the Covered Bridge Golf & Country Club, Kingswood Golf’s Steven Anderson, and homegrown talents like Ben MacDonald and Danek Hadley.

For the second time, the NB Men’s Amateur Championship field will be rounded out with a Senior Men’s Division made up of 40 of the province’s top Senior Men as they prepare for the 2021 NB Men’s Senior Championship to be held later in the month. Leading the long list of notable players is the 2020 NB Men’s Senior and Super-Senior Champion, Gary Melanson (Covered Bridge & Aroostook Valley), 2020 NB Senior Men’s Player of the Year, Dan Coulombe of the West Hills Golf Course, along with past NB Senior Men’s Champions Marc Armstrong (2016), Sonny Phillips (2015), Herrick Hansen (2013) and Mike Breen (2012).

Gowan Brae will play host to a Major Championship for the first time since the 2018 Canadian Men’s Senior Championships which featured nine players from New Brunswick.