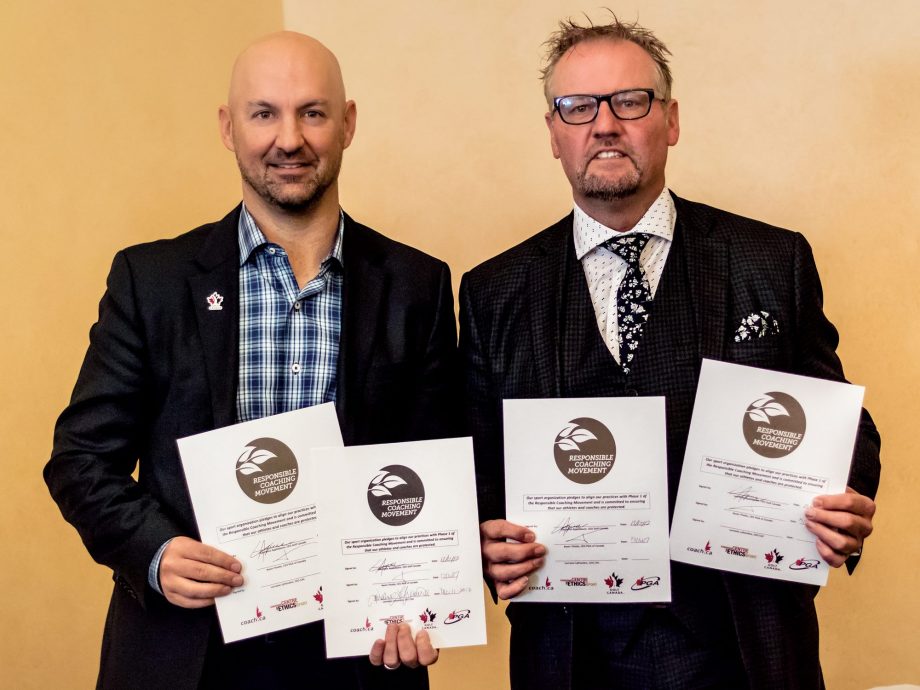 Calgary, Alta. (Golf Canada) – Golf Canada is proud to announce it is working to combat and prevent abuse, bullying and harassment in golf by adopting Respect in Sport and Respect in the Workplace as part of its deepened commitment to the Responsible Coaching Movement (RCM).

Respect in Sport and Respect in the Workplace are online resources used to prevent bullying, abuse, harassment and discrimination (BAHD). The program’s mission is to empower participants to recognize signs of BAHD and eliminate it from the game and workplace, through a global culture of respect.

“We are very proud to be joining other National Sport Federations in adopting and facilitating this important training among our golf community,” said Laurence Applebaum, CEO, Golf Canada. “Our commitment to integrating the Responsible Coaching Movement and Respect programming into the core areas of our organization will strengthen our efforts to build a culture of respect, and further instill a safe, fun and positive environment in golf.”

Applebaum, along with Kevin Thistle, CEO of the PGA of Canada, officially signed the Responsible Coaching Movement pledge in mid-December as part of annual Sport Development Meetings between coaches and administrators from the PGA of Canada, Golf Canada and all the Provincial Golf Associations.

The Responsible Coaching Movement (RCM) is a multi-phase system-wide movement, coordinated by the Coaching Association of Canada and the Canadian Centre for Ethics in Sport. The RCM is a call to action for organizations to implement realistic change based on their individual state of readiness. Golf Canada’s long-term commitment to Respect Training is an important and meaningful step forward for golf in Canada.

The Respect Group—those behind Respect in Sport and Respect in the Workplace, was co-founded by former NHLer and Order of Canada recipient Sheldon Kennedy in 2004. It partnered with the Canadian Red Cross to create a best-in-class e-learning curriculum for mass consumption.

“Respect Group is pleased to partner with Golf Canada in support of the Responsible Coaching Movement,” said Wayne McNeil, President of Respect Group. “Golf Canada is showing great leadership in taking the issues of bullying, abuse, harassment and discrimination seriously, and wanting to take positive steps to ensuring a positive sport/workplace culture.”