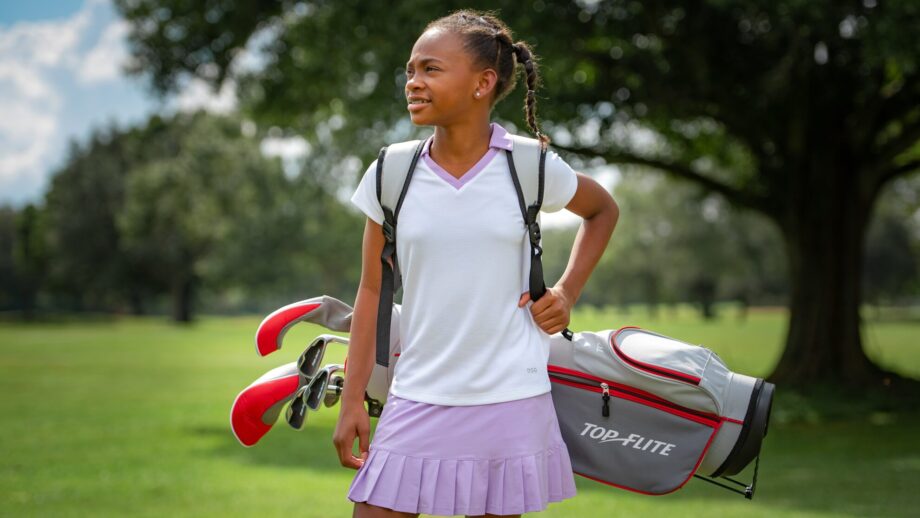 Twenty-five years ago, on November 13, 1997, then-PGA TOUR Commissioner Tim Finchem was joined in New York City’s Central Park by representatives from the leading golf organizations – the LPGA, the Masters Tournament, the PGA of America, the PGA TOUR, and the USGA – public officials, including President George H. W. Bush, and golf dignitaries to announce the launch of First Tee.

Since that time, First Tee has grown into a preeminent youth development organization boasting a network of nearly 150 chapters with programs delivered at 1,400 golf courses, 10,000 schools and 1,700 youth centers in all 50 states and in Australia, Canada, Japan, Korea, Mexico and Morocco. In 2021, First Tee impacted more than 2.2 million kids and teens. Additionally, more than 10,000 adults are involved each year in support of First Tee’s mission, many of whom have participated in First Tee’s signature positive youth development training.

Under the leadership of Finchem, First Tee was launched as an industrywide initiative to make golf affordable and accessible for all kids. As the first programs were being developed, First Tee began an intentional effort to seamlessly integrate the game of golf with a life skills curriculum, creating a program that empowers youth to build inner strength, self-confidence, and resilience that they can carry to everything they do.

First Tee has been undergoing a modernization effort to stay relevant and connected to kids and teens now and in the future. It refreshed its brand for the first time in 2020 and recently released a robust age-based curriculum update to better position the organization to reach teens and keep kids engaged in the program longer. Technology efforts are also underway to centralize and better support program registration, adult training and onboarding, and tools for coaches. In

2023, the first participant-facing app will launch, providing supplemental digital experiences and gamification for young people in the program. In recent years, the organization also reinvested in its College Scholarship Program, and it touches hundreds of kids each year through national participant events, spanning from the PURE Insurance Championship at Pebble Beach to a five-day DEI-focused academy in Philadelphia.

“Since day one, First Tee has been intentional about reaching young people from diverse backgrounds, and that commitment continues today,” said Greg McLaughlin, First Tee CEO. “Most years, between 40 and 50 percent of participants at chapters are non-Caucasian, and approximately 38% are female. Our network of chapter leaders, coaches, volunteers, board members and donors remain committed to breaking down barriers. And they continue to inspire me as we prepare for the future.”

Throughout this anniversary year, First Tee has highlighted its alumni who’ve gone on to careers in the golf industry and beyond. First Tee’s final alumni feature showcases Ariana Saenz, a former participant at First Tee – Greater Houston, who went on to play collegiate golf at the University of Houston and Texas A&M. Saenz is set to graduate with a master’s degree in human resources later this year and hopes to pursue a career in the golf industry.

“From age seven to 18, I was exposed to a set of morals and life skills at First Tee that poured the foundation for the woman I am today,” said Saenz. “Along the way, I earned a college golf scholarship and went from being a participant to a volunteer who learned the value of giving back to the community and serving others.”

Nov. 16-18, representatives from First Tee’s network of 150 chapters will convene in Dallas for its Network Summit – the first in five years – to celebrate the anniversary and continue building momentum for the future with robust workshops, training and peer-to-peer networking. The Summit is presented by Century Golf Partners and made possible by other corporate partners who stand behind First Tee’s mission.