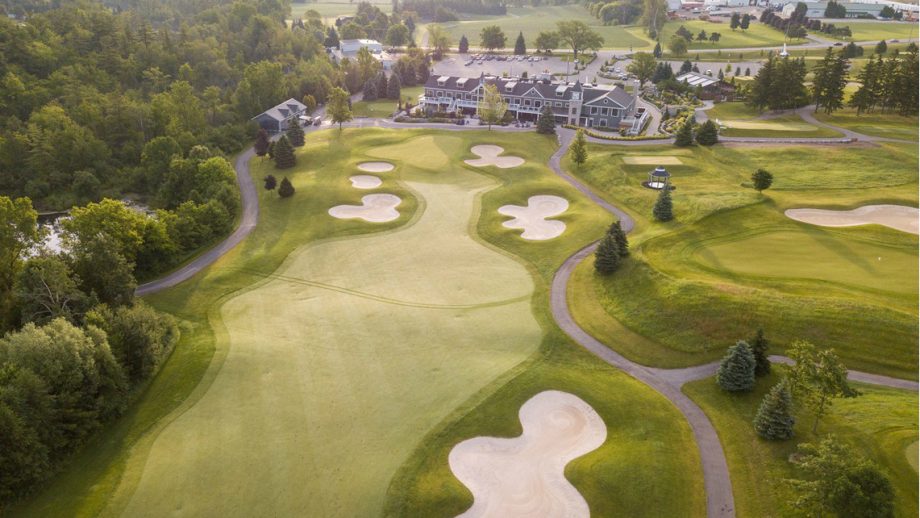 It’s going to be an all western Friday at the PGA Championship of Canada.

Parry (Seymour Golf Centre) squares off against his good friend and fellow B.C. resident Oliver Tubb (University Golf Club) on one side of the bracket. The other side of the bracket features a pair of Alberta boys—Wes Heffernan (Golf Canada Calgary Centre) and Dustin Risdon (The Players Shack).

Parry, the only one of the four remaining players with a PGA Championship of Canada win (2013 at Magna Golf Club) says he’s not going to get ahead of himself and think about what it would mean to win a second.

“While it would be very cool and fantastic to win, I’m not even going to think about it,” Parry said. “I’m not the type of person who gets too far ahead of himself, so tomorrow I’ll just stay in the moment and play golf.”

In the match of the day, Tubb defeated the PGA of Canada’s No. 1-ranked player Marc-Etienne Bussières in 21-holes.

“I got up on Marc early and he’s such a good player that he comes back and keeps coming,” Tubb admitted. “But my strategy at the beginning of the day was to not let him beat me and I guess that worked.”

The winner of the Parry and Tubb match takes on the victor of the Heffernan and Risdon duel.

“I’ve never actually played Dustin in match play, but we’ve played together so many times over the years,” Heffernan said. “Our games our completely different—Dustin has a great short game and mine isn’t such a strength. Where as, I’m pretty long off the tee and Dustin is definitely shorter and more precise.”

A past PGA Assistants’ Championship of Canada winner, Risdon says he’s starting to get the winter rust off his game.

“My game is starting to come around—I haven’t played a lot of golf yet this year, but the more and more I ‘m playing here this week, the more and more my game is coming together,” Risdon said. “If I do the same things I did today and make five or six birdies, I’ll probably be all right.”

For the full leaderboard and match play bracket, CLICK HERE.

Re-launched in 2011, the PGA Championship of Canada was contested strictly as a match play event through 2014 with players from the four brackets—Stan Leonard, George Knudson, Al Balding and Moe Norman—looking to advance through the six rounds to capture the historic P.D. Ross trophy. However, the 2015 championship at Cabot Links saw a format change, with top-ranked players from the PGA of Canada Player Rankings presented by RBC playing two rounds of stroke play. The top-16 players from the 36-hole stroke play portion of the event filled out the four match-play brackets with the eventual champion winning four match play rounds. This year’s championship follows the same format.

Built on more than 230 acres, Whistle Bear is regarded as one of southern Ontario’s most distinctive golf destinations. Host of the 2004 and 2005 PGA Championship of Canada (as part of the Korn Ferry Tour schedule), the links-style venue features more than 100 bunkers, as well as water on more than half of the holes.