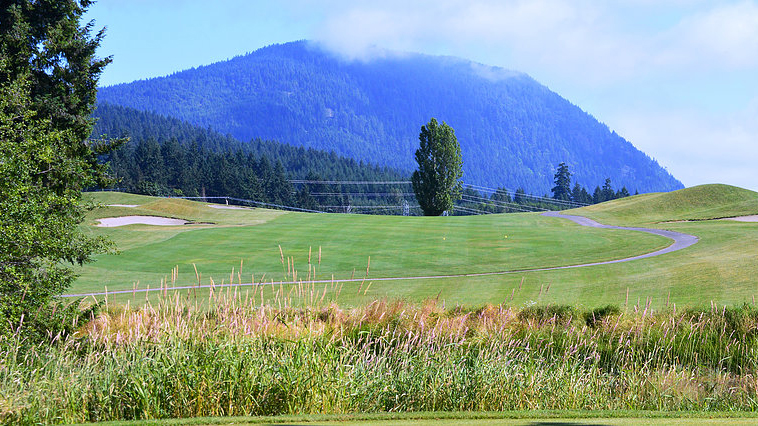 The world’s best amateur golfers are set to compete in the 114th Canadian Men’s Amateur Championship in British Columbia at both Duncan Meadows Golf Course and Pheasant Glen Golf Resort from Aug. 6-9.

The championship was first held in 1895, making it one of the most storied sporting events in Canada and third oldest amateur championship in the world. Duncan Meadows will play host to 252 players from nine countries over four stroke play rounds, while Pheasant Glen will co-host for the first two rounds prior to the 36-hole cut.

Duncan Meadows Golf Course has hosted 10 provincial and national tournaments, including the 2011 Canadian Women’s Amateur. The course is a mix of open grassland with stream and pond habitat in a gently rolling landscape with maple and fir woodlands framed by unforgettable mountain and valley views. Resident eagles, mink, deer and visiting elk are witness to golfers of all levels taking up the challenge.

Co-host Pheasant Glen boasts breathtaking views in the beautiful landscapes of Qualicum Beach. The 18-hole course is a multi-million dollar rebuild by new owners, who finished the course started by Doug Carrick in 1990 and completed by Frank Russell in 2005. The course previously hosted the 2016 B.C. Amateur Championship, 2015 Future Links, driven by Acura Pacific Championship, and the 2008 Canadian Men’s Mid-Amateur Championship.

In 2017, Zach Bauchou of Forest, Va., became the 22nd American to capture the Canadian Men’s Amateur crown, winning at the Toronto Golf Club by a one-stroke margin.

A full field of competitors will compete for the Earl Grey Trophy and the title of Canadian Men’s Amateur champion, including Team Canada’s Hugo Bernard, the 2016 champion from Mont-Saint-Hilaire, Que. He’ll be joined by teammate and 2017 low Canadian Josh Whalen of Napanee, Ont. Also in the draw are Vancouver Island natives Jeevan Sihota (2017 Future Links, driven by Acura Pacific Champion) and Jimmy Jones, son of the late Canadian golf hall-of-famer Dawn Coe Jones.

An inter-provincial team championship will be played in conjunction with the first 36 holes of the competition with three-member teams vying for the Willingdon Cup. Team Quebec consisting of Bernard, Marc-Olivier Plasse (Mercier, Que.) and Étienne Papineau (St-Jean-sur-Richelieu, Que.) shot a combined 7 under par to capture their first team championship in 20 years (1997) and seventh victory all-time.

The Canadian Men’s Amateur Qualifier will be played at Duncan Meadows Golf Course on Aug. 3 – a minimum of five spots into the tournament will be awarded. Additional information can be found here.

The field will be reduced to the low 70 and ties for the final two rounds contested at Duncan Meadows.

In addition to claiming the title of 2018 Canadian Men’s Amateur champion, the winner will earn exemptions into the 2018 U.S. Amateur at Pebble Beach Golf Links in Pebble Beach, Calif., and the 2019 RBC Canadian Open at Hamilton Golf & Country Club from June 3-9.

The champion will also be eligible to receive an exemption into the U.S. Junior Amateur, the U.S. Mid-Amateur or the U.S. Senior Amateur, if applicable.

In total, about 500 visitors (players, coaches, caddies, friends and family members) are expected to spend up to a week or more in the Cowichan Valley for this multi-day competition supported by upwards of 200 volunteers from across southern Vancouver Island.