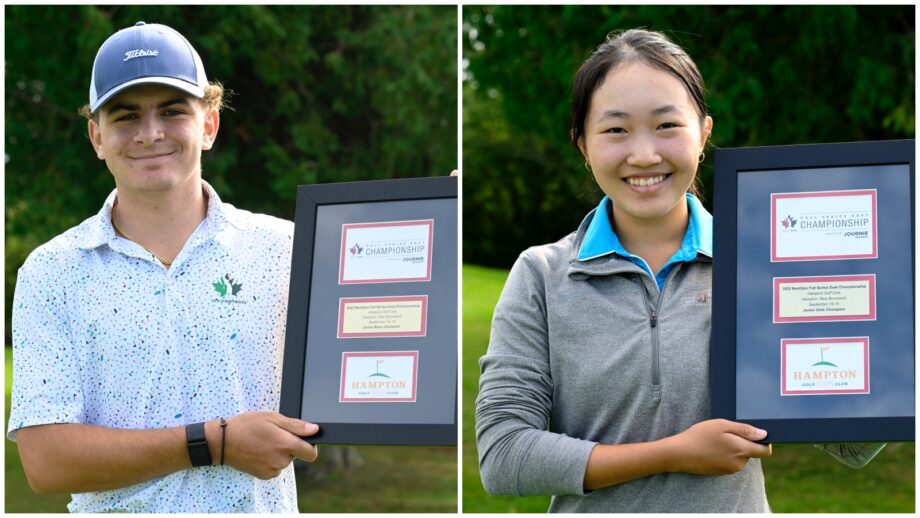 Conditions played tough at Hampton Golf Club with 30 km winds during the first two rounds of the tournament and downpour rain during the final round.

Diogenous, a 3-year Team Ontario member who plays out of Whistlebear Golf Club, came into Sunday with a four-shot lead and carded a final-round 78 and tournament total 17-over 23 (78-74-78—230) to finish with a two-shot victory over Antoine Jasmin of Blainville, Que.

Jasmin, who’s final round 73 was the low round of the day, finished at 19-over for the tournament (85-74-73—232). Isaiah Ibit of Orleans, Ont. (+21) finished alone in third while Toronto native Matteo Rocco was fourth at 23-over for the championship.

The NextGen Championships, fueled by JOURNIE Rewards is a high-performance junior golf series which totals eight competitions. From May to July, six championships will take place across Canada where the region’s best junior golfers will compete to earn exemptions into their respective 2022 national championships, with two Fall Series events taking place in September. NextGen Championships provide junior players an opportunity to develop and showcase their skills at the highest level of tournament golf.