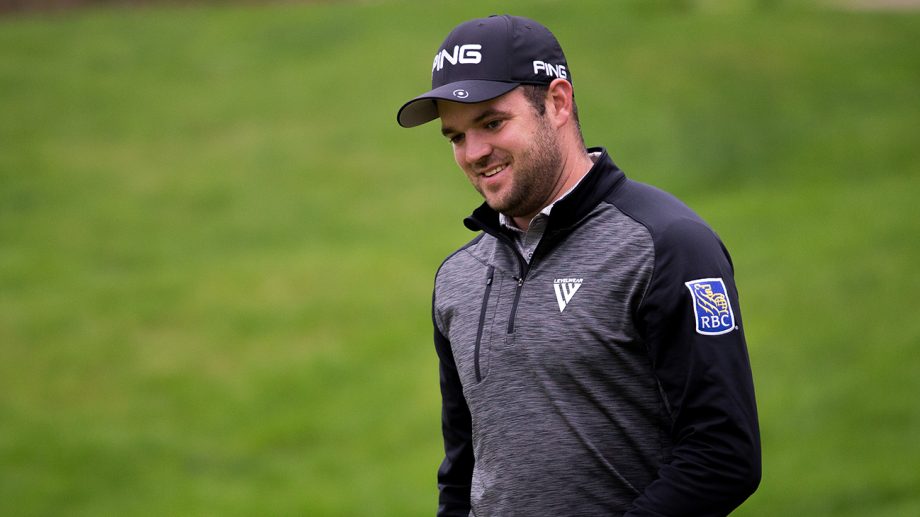 TORONTO – There’s no doubt that Corey Conners’s life has changed since winning the Valero Texas Open nearly six weeks ago.

Monday qualifiers and doubts about where he’ll play next have given way to guaranteed tournament berths for the rest of the season, a PGA Tour card for 2020 and a spot in this week’s PGA Championship.

That higher profile comes with some other perks too, including staying at prestigious hotels when coming to Toronto for meetings and getting recognized by golf fans.

“It’s a life-changing thing to win, but I still feel like the same person,” said Conners last Thursday in an interview with The Canadian Press. “Not going to be changing up my lifestyle very much. These bonuses are really awesome, a nice treat, but I’m not going to do a whole bunch of things differently.

“Probably won’t be staying at a lot of Ritz-Carltons, keep it pretty simple with a simple lifestyle.”

Conners went straight to the Masters after winning the Texas Open – the organizers flew him, his wife Malory and his agent directly from San Antonio to Augusta, Ga. – and then played in the RBC Heritage and the Zurich Classic of New Orleans. He took the first week of May off, visiting Toronto for a breakfast meeting with sponsor RBC, getting in a couple of practice rounds in at Hamilton Golf and Country Club, and then going to his hometown of Listowel, Ont., to see his mom and mother-in-law ahead of Mother’s Day.

That busy schedule means he hasn’t had much of a chance to absorb what the Texas Open win means for him, but there are moments where it sinks in.

“I think when we got home, back to Florida, and we were able to just sit down on our couch and think ‘wow, we won a PGA Tour event,”’ said Conners, who said he’ll put the trophy into his living room when it arrives. “I know how it is to win and how many people are trying to win week in and week out.”

AUGUSTA, GEORGIA – APRIL 14: Corey Conners of Canada walks on the second hole during the final round of the Masters at Augusta National Golf Club on April 14, 2019 in Augusta, Georgia. (Photo by Mike Ehrmann/Getty Images)

Another immediate benefit is a berth in the PGA Championship, the second major of the season. It’s his first time playing in the tournament, having played in the Masters as an amateur in 2015 and the U.S. Open in 2017.

This year’s PGA Championship is the first to be played in May since 1949, and the cooler temperatures at Bethpage Black Course in Farmingdale, N.Y. had players bundling up in toques, thick gloves and raingear during practice on Monday.

Conners is one of two Canadians in the field. The other is Adam Hadwin of Abbotsford, B.C.

“I grew up playing in the cold and I’ve embraced the challenge the additional challenge that brings,” Conners said. “It’s funny, whenever there’s bad weather on tour everyone I walk by they always joke ‘Oh, you must love this!’ and I’m like ‘No, it doesn’t mean we like the cold and the rain.’

“But I’m used to it. My dad used to play golf with me in miserable conditions back in Listowel. It would be pouring rain and we’d be the only people out there getting soaked in our rain suits.”