Conners rides whirlwind week all the way back to the Masters 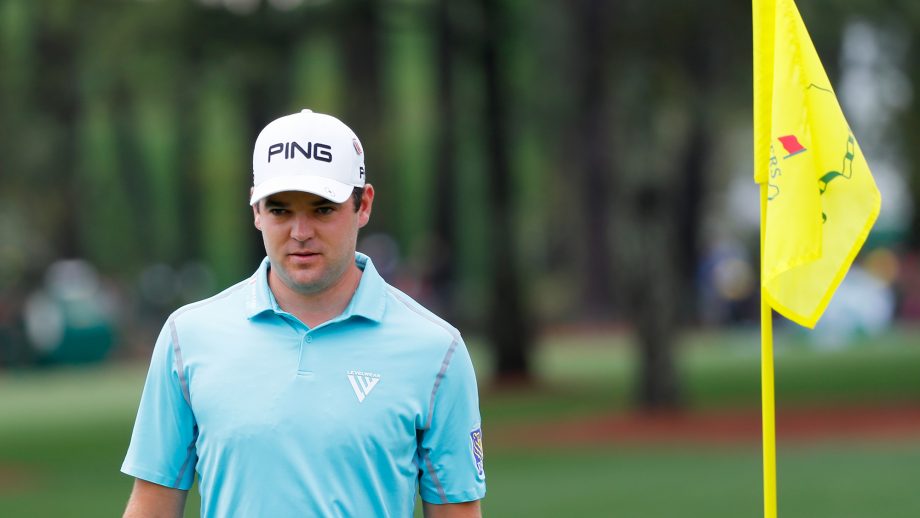 AUGUSTA, GEORGIA - APRIL 09: Corey Conners of Canada looks on during a practice round prior to the Masters at Augusta National Golf Club on April 09, 2019 in Augusta, Georgia. (Photo by Kevin C. Cox/Getty Images)

As the man in the green jacket recounted the incredulous events of the past week, Corey Conners cocked his head to one side and smiled ever so slightly.

Almost as if he couldn’t believe it, either.

A little over a week ago, Conners snatched the last spot in the Valero Texas Open by the skin of his teeth. Then he won the tournament with 10 birdies in the final round, claiming the last opening at the Masters.

So here he is at Augusta National.

Ready to compete for a green jacket.

It was only a matter of time! @coreyconners, your latest Canuck to win on the #PGATOUR with a victory @valerotxopen! Canada and hometown Listowel couldn’t be more proud ???? – Next stop, @themasters!

Certainly, the 27-year-old Canadian wasn’t thinking about the Masters on his way to San Antonio, where his first – and, really, only priority – was the chance to earn a much-needed paycheque. Because he was outside the top 125 in the FedEx Cup standings, he had to earn his way into the Texas Open during Monday qualifying.

Up to 100 players go at it for 18 holes during Monday qualifying, with the top four finishers getting into the actual tournament. Conners went to the final hole needing a 20-foot birdie putt just to get into a six-man playoff for the last of those spots. He made the putt, and then poured in another birdie on the first of the extra holes to vanquish the other five contenders.

Though, in all honesty, no one was paying much attention. Since 1980, only four Monday qualifiers on the PGA Tour had gone on to win the tournament.

Conners’ performance was impressive. His wife, Malory, even became a bit of a celebrity for her reactions while lugging a cup of white wine.

“She’s been my biggest fan for years and my biggest supporter,” Conners said. “I’m really lucky to have her by my side. It’s pretty cool to see her in the spotlight a little bit. Her reactions were awesome. You can see how much she cares about what I’m doing, and it means a lot to me. It was pretty cool. She got a lot of messages and gained a lot of followers on social media, so she was pretty pumped about that.”

It was a rollercoaster of emotions for the Conners crew ? pic.twitter.com/WHuazSadD7

“I loved the cameras being on her and you could tell what a big moment it was for the two of them,” the world’s top-ranked player said. “It was very special to see those stories out there because winning is difficult and it’s nice to see it when it does change someone’s life.”

But Conners takes issue with those who make him out to be some sort of Rocky, the hopeless underdog who makes for a good story early in the week but is quickly shoved aside as soon as the Rory McIlroys and the Tiger Woodses take to the course.

He tied for third at the Sony Open in Honolulu, shooting back-to-back 64s on the weekend, and finished second last fall at the Sanderson Farms Championship, four strokes behind winner Cameron Champ.

Conners is not even a Masters rookie. He qualified for the event as an amateur in 2015, though he was not ready for such a stiff test. He opened with an 80 and missed the cut.

Conners feels much better equipped this time around.

A little more time to prepare would’ve been nice, but that’s a minor complaint. Valero flew him to Augusta on a corporate jet, his clothing supplier sent along some new duds and his manager took care of housing and other arrangements that had to be made on short notice. Conners did have to do a bit of shopping after arriving in Augusta, “so I could get a couple T-shirts and a pair of pants to go to dinner in.”

He has got good memories from his last Masters appearance.

After that rough start, he bounced back to shoot a 3-under 69 in the second round.

“I’ve been playing rounds over in my head,” Conners said. “Although the course has changed slightly, a lot of the shots are going to be pretty similar to what I faced in 2015. … I think the course suits my game really well, so I’m really, really excited to get going.”

He already is playing with house money.

“I was excited to watch the coverage on TV back at home for an off week,” Conners said. “But, you know, I’m even more excited to be here playing.”