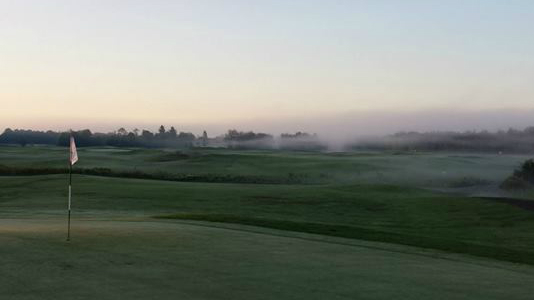 With support from Golf Québec, the Future Links, driven by Acura Québec Championship is the fourth of eight junior championships presented in partnership with Acura this summer. The 54-hole stroke play tournament will begin with a practice round on June 6, before the tournament gets underway with round one on June 7.

Located less than an hour south of Québec City, Club de golf Les Boisés de Joly was completed in 2010. A Graham Cooke & Associates designed course, it boasts high-quality greens and unique architecture that makes the course one of the best in the region, and an ideal destination for golfers.

The field will consist of 87 junior golfers in the Junior Boys’ Division with the top five earning exemptions into the 2019 Canadian Junior Boys Championship from August 11-15 at Covered Bridge Golf & Country Club in Hartland, N.B. Should there be a tie for the fifth position, a playoff will be conducted following the conclusion of play.

The Junior Girls’ Division will consist of 33 golfers with the top five (including ties) earning an exemption into the 2019 Canadian Junior Girls Championship from July 29 – August 2 at Lethbridge Country Club in Lethbridge, Alta.

Additional information about the 2019 Future Links, driven by Acura Pacific Championship can be found here.

Robbie Latter, Mississauga, Ont.
Latter is looking to defend his title at the Future Links, driven by Acura Quebec Championship.

In 2019, Golf Canada is conducting its eight regional Future Links, driven by Acura Championships in conjunction with the Provincial Associations.

Emily Romancew of Pierrefonds, Que. and Robbie Latter of Mississauga, Ont. won their respective divisions at the 2018 Future Links, driven by Acura Quebec Championship. Both are back to defend their titles.