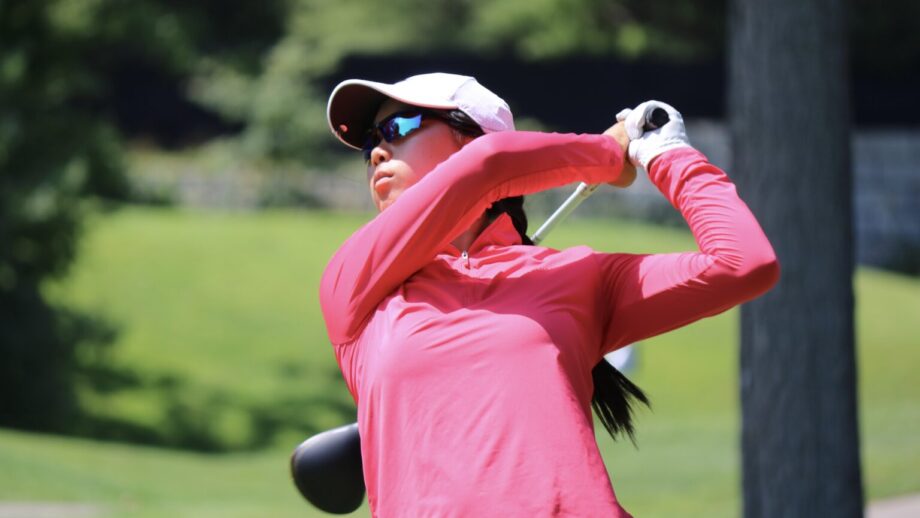 KITCHENER, Ont. – American, Leigh Chien, birdied early and often en route to a seven-under par 66 and four-stroke lead in the opening round of the 2022 Canadian Women’s Amateur Championship, presented by BDO.

Scoring conditions were at a premium for the morning wave at Westmount Golf & Country Club and Chien wasted no time pouncing on the opportunity. The 16-year-old rolled in five birdies over her opening eight holes and never looked back, as she continued to distance herself from the pack with an additional three birdies on the back nine. Her lone blunder came on the par-4 No. 15.

“I feel pretty good going into tomorrow,” said Chien. “I just tried to make as many birdies as possible and as few mistakes as possible and I was able to do that [today]. Westmount is really nice; the conditions are great [and] the greens are really smooth. I think that really helped me shoot low.”

Team Canada’s Monet Chun paced the rest of the pack with a three-under par 70 for sole possession of second place, The Richmond Hill, Ont. native carded three birdies and an eagle for the low-Canadian score of the day.

“Putting myself in a good position early is ideal, because it’s such a long four rounds,” said Chun. “Continuing what I’m doing; hitting lots of greens, lots of fairways and making as many putts as possible,” said the 18-year-old on what she thinks it will take to win the tournament.

Five other Canadians ended round one inside the top-10, including Team Canada member Céleste Dao. Dao, who plays her college golf at the University of Georgia, got off to blistering hot start, making three birdies through five. The middle part of the Quebec native’s round caused her headaches, as she fell back to even par with a stretch of bogeys. The 21-year-old bounced back brilliantly, however, with a birdie on her 17th hole to get back into the red numbers.

The highlight of the day – and quite possibly the tournament – belonged to Élizabeth Labbé. Labbé, the runner-up at this year’s Canadian University/College Championship, carved an iron into the 149-yard par-3 No. 17 at Westmount and watched her ball drop for a hole-in-one. The ace helped the UBC Thunderbird to a round of two-over par 75. She sits T23 heading into the second round.