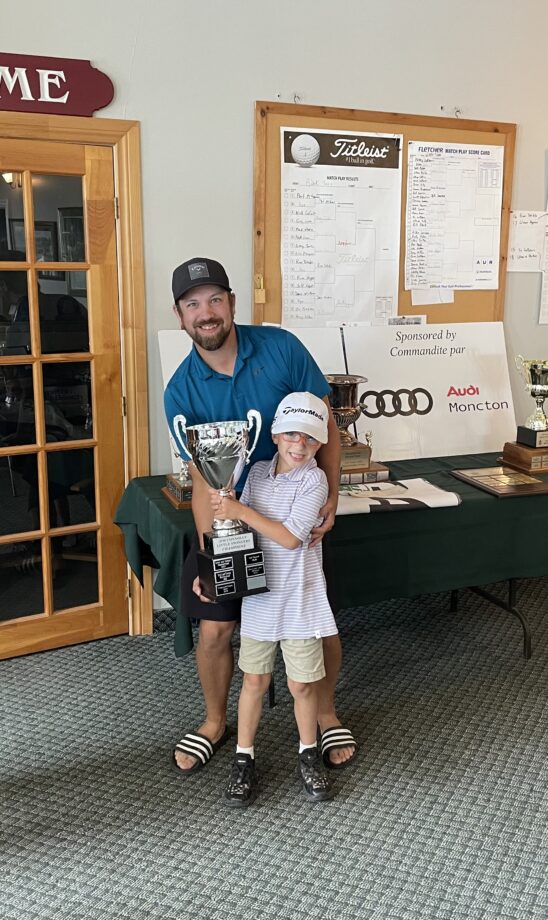 With a day of nothing but anticipated rain, the players turned out to be very lucky as they saw nothing more than a few rain drops during their rounds. A field of 64 players took on the Country Meadows Golf Club for an exciting day of golf.

The AJ Mixed division was won by the Riverside Country Club father-daughter duo of Shane and Sydney Chapman. The group shot a score of seven-over par, 79 to defeat runners-up, Ava and Doug Mitton of the host Country Meadows Golf Club.

Finally, this year’s Family Classic headlined 3 divisions. The first division consisted of female/female family duos, and your winners, from the Riverside Country Club, we have Addison and Natalie McClune who tallied a score of nine-over par, 81, and were able to outlast runners-up of the Fredericton Golf Club, Kathryn and Kathy Meagher who fired a score of ten-over par, 82. Third place finishers in the division were Allison and Barb Chisholm, of the Rockwood Park Golf Club and the Sackville Golf & Country Club.

The following division consisted of male/male family duos and the crown was taken by Jayme and Mark Shannon of the Welsford Golf Course who shot an very tight score of three-under par, 69. The pair defeated runners-up Danny and Dylan Fitzherbert of the Fredericton Golf Club by two shots as the duo collected a score of one-under par, 71. Not far behind them in the third position was the Woodstock Golf & Curling Club duo of Brayden and Shawn Sappier who fired a nice score of two-over par, 74.

And last but not least, the mixed family division was taken by Debbie and Steve McLaughlin of the Moncton Golf Club and the Golf Canada Club. The pair fired a score of four-over par, 76. In a tie for second, we had groups of Patrick and Mary Rossignol of the Fredericton Golf Club, and Ron Moore and Kristen Wentzell of the Hampton Golf Club.

We would like to thank the team at the Country Meadows Golf Club for their amazing hospitality and beautiful course once again.