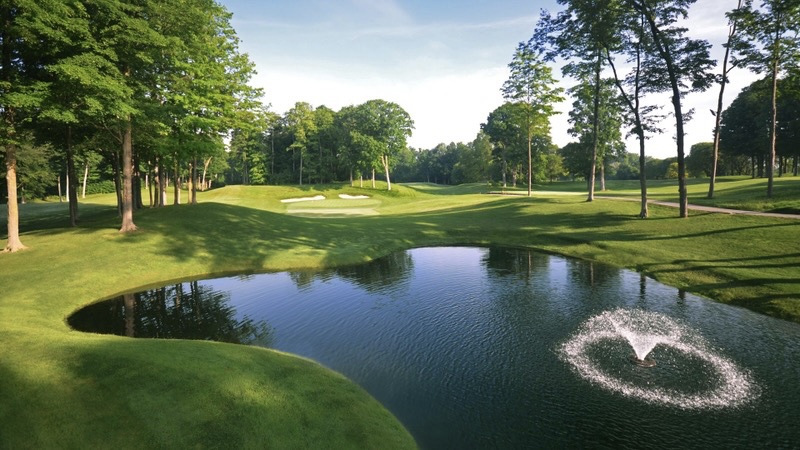 KITCHENER, Ont. – The 108th installment of the Canadian Women’s Amateur Championship, presented by BDO, gets underway this week at Westmount Golf & Country Club in Kitchener, Ont. from July 19-22.

The championship, which was first held in 1901, is one of the longest standing amateur events in the world. The inaugural tournament at Royal Montreal Golf Club in Montreal, Que., featured only three players. Fast forward over a century later and 140 players will look to etch their name into the Duchess of Connaughton Gold Cup in 2022.

“Golf Canada is excited for the return of not only a marquee event in Canadian golf history, but also one of the premier amateur events in the world,” says Tournament Director, Mary Beth McKenna. “We’re confident Westmount Golf & Country Club will offer a challenging yet fair test for the players as they showcase their talents on an elite golf course.”

Practice rounds are scheduled for July 18, before the official 72-hole stroke play competition begins on July 19. Play is scheduled to wrap up on July 22, followed by an awards ceremony and champions reception. The field will be cut to the low 70 players (including ties) after 36 holes.

For the first time since 2019, the tournament will welcome the return of international players following complications caused by the COVID-19 pandemic. Ten players from the United States, two from Mexico and one from Australia are slated to tee it up north of the border this week, including Katherine Muzi and Bentley Cotton, ranked No. 127 and 250 on the World Amateur Golf Rankings, respectively.

Also being re-introduced this year is the inter-provincial team competition. The inter-provincial championship will be played in conjunction with the first 36 holes of the competition, with three-player teams vying for the team title. Team Ontario – composed of Sarah Dunning, Emily Zhu and Tiana Cruz – are the reigning champions from 2019. Dunning and Zhu are both in the field in Kitchener this week.

Red Deer, Alta.’s Eileen Park is the youngest player in the field at the age of 13; Katherine Hou and Sophia Xu are also only 13 years old, but Park’s date of birth is the latest of the three. Rhonda Orr, out of Winnipeg Man., is the oldest competitor in the field at 60. There are four members of Westmount Golf & Country Club teeing it up this week: Sarah Dunning, Angela Lee, Madeline MacMillan and Laura McIntosh.

New to this year’s tournament is a purse payout. To align with the modernized Rules of Amateur Status, players at the Canadian Women’s Amateur Championship will now compete for a purse of $8,000 CAD. Amateur golfers may accept prize money up to a maximum of $1,200 CAD, and payouts will be awarded to the top-10 finishers and ties.

“We are very excited to host 108th Canadian Women’s Amateur at Westmount this coming week,” said General Manager, Brad Duench. “Our Tournament Committee has worked very hard leading up to this week and I know our membership will be out to support these accomplished athletes. [I] do sense we have a buzz in the community about the event and we are excited to welcome everyone to Westmount this week,” he added.

The last time Canadians won in back-to-back years was in 2013 & 2014, when Brooke Henderson and Augusta James captured the national titles.

Along with the championship’s storied history comes its coveted cast of competitors. Marlene Stewart Streit, a member of the World Golf Hall of Fame, sits atop the class with 11 victories and five runner-up finishes at the national event. Since then, the tournament has proved to be a breading ground for some of golf’s brightest young stars. Ariya Jutanugarn (2012), Brooke Henderson (2013), Jennifer Kupcho (2017) and Yealimi Noh (2018) are previous winners who now find themselves competing on the LPGA Tour.

The winner of the championship will earn an exemption into the 2022 CP Women’s Open, August 22-28, at the Ottawa Hunt & Golf Club, as well as the 2022 U.S. Women’s Amateur Championship, August 8-14, at Chambers Bay in University Place, Wisc.

More information about the 2022 Canadian Women’s Amateur Championship can be found here.